GM to introduce diesel variant of Chevrolet Beat by June 2011 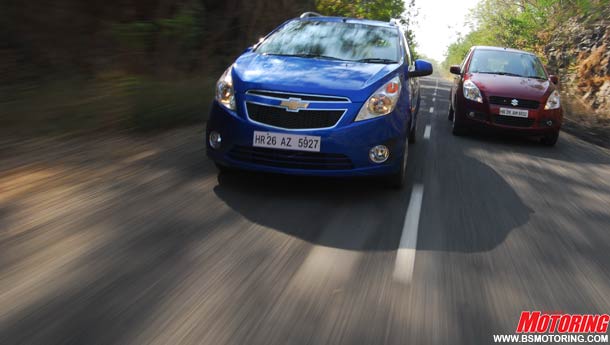 General Motors India will introduce a diesel variant of its popular Chevrolet Beat hatchback in the country by June, 2011, a top company official said today.

"(A) Beat with a one-litre diesel engine will also be coming in June this year," General Motors India Vice-President P Balendran said after unveiling the LPG variant of the compact car here.

The diesel engine for the new variant will be manufactured at GM's Talegaon plant in Maharashtra. General Motors India has invested about $230 million on the plant, which has the capacity to produce 1.60 lakh units per annum.

"Beat will not be a major volume player.. We are just incrementing the existing portfolio," he told reporters.

The company has invested close to $1 billion in the India market till date.

Stating that the company was mulling localisation of its products in India, he said, "With the introduction of the new engine plant at Talegaon, some of our products would have more than 95 per cent localisation content."

On GM's future plans, Balendran said they would introduce the Euro-IV variant of the "Tavera" SUV later this year.

The company will also make an investment of $300 million for introducing six models based on a new platform in the next two years.

Asked how the company would finance the proposed USD 300 million investment, he said it would be met through loans and internal accruals.

With regard to the hike in interest rates by banks, he said it would slow down automobile industry growth. However, he expressed enthusiasm that GM would be able to defy the trend.

Including their two plants at Talegaon, Maharashtra, and Halol, in Gujarat, and their R&D unit in Bangalore, General Motors has about 4,000 employees in the country, Company Senior Regional Sales Manager Manish Singh Rathore said.