The Indian wing of General Motors rolled out the first Chevrolet Beat, meant to be shipped to Argentina, earlier this week, informed a press release. The sixth major exports market for GM India, Argentina will begin importing the car from June.

“In keeping with our commitment to the Make in India program, we are proud to celebrate the roll-out of the first vehicle for Argentina,” said GM India president and managing director Kaher Kazem.

The Chevrolet Beat recorded the highest growth for any passenger vehicle exported from India and became the sixth most exported passenger vehicle out of India during financial year 2015-16, with a total of 37,082 units, according to the release. 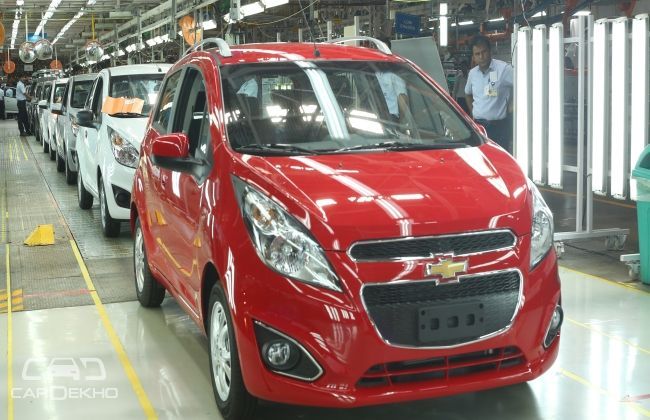 Named as the Spark outside India, the Beat is available in more than 70 markets worldwide and has sold over 10 lakh units.

The Beat is produced at GM India’s manufacturing facility in Talegaon, Maharashtra, which is set to become a global export hub for the American carmaker. With a base capacity of 1.3 lakh units, the plant will help GM India recover some lost ground from slacking domestic volumes.

“In 2016, we plan to export over 50,000 vehicles, compared with 21,000 vehicles last calendar year, reinforcing our commitment to the Indian market and our strong local supplier base,” Kazem added to about the company’s plans for the facility.