GM recalls Chevrolet Cruzes in the US 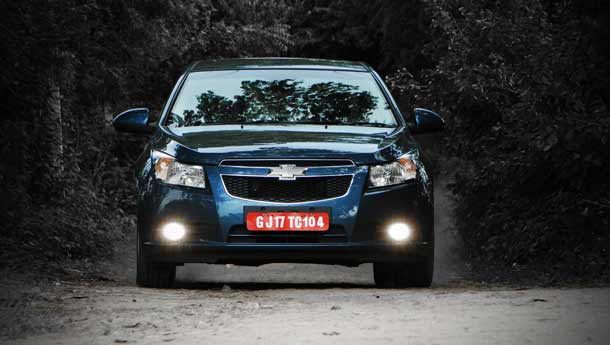 General Motors Co (GM) is recalling 413,418 Chevrolet Cruzes, its best-selling car model in the US last year, two days after GM had its best showing ever in JD Power & Associates’ new-car quality survey.

GM is recalling the compact cars from model years 2011 and 2012 in the US because liquids can be trapped near the engine and catch fire, the Detroit-based company said on Saturday in an e- mailed statement. The company has received 30 reports of fires, said Alan Adler, a GM spokesman.

“The most important thing for our customers to know is that we are proactively working to assure the Cruze is the safe and durable car they purchased,” Alicia Boler-Davis, GM vice president of global quality, said in the statement. “We are sorry for any inconvenience caused by these actions.”

GM said it doesn’t know of any crashes, injuries or deaths related to the defect. The US National Highway Traffic Safety Administration opened an investigation of 2011 Cruzes in March this year after receiving two reports of “engulfing fires resulting in total vehicle loss.”

The JD Power survey released June 20 had three of GM’s four brands, including Chevrolet, ranked above the industry average.

The Cruze was GM’s top-selling car in the US last year with 231,732 deliveries, according to researcher Autodata Corp. Through May this year, GM sold 94,901 Cruzes, making it the second-best selling Chevrolet car after the Malibu, according to Autodata. The Cruze helped spur GM’s 2.7 percent first-quarter U.S. sales increase to an industry-leading 608,320.

GM acted quickly because the Cruze “is such an important vehicle,” said Jessica Caldwell, an analyst based in Santa Monica, California at auto-researcher Edmunds.com.

“No one wants to be the next Toyota and ignore any problems in the cars,” she said in an interview. “A lot of these people are new GM customers, so it’s important to do what you can to keep them happy and not be negligent of anything that can go wrong.”

When oil is changed using improper procedures, it can spill or drip on hot engine or exhaust systems, the company said in the statement. This may cause the engine shield to ignite and start a fire that can spread.

The repair modifies the engine shield and will take about half an hour, GM said. Adler declined to comment on what the recall will cost the company.

The cars being recalled were made in Lordstown, Ohio.