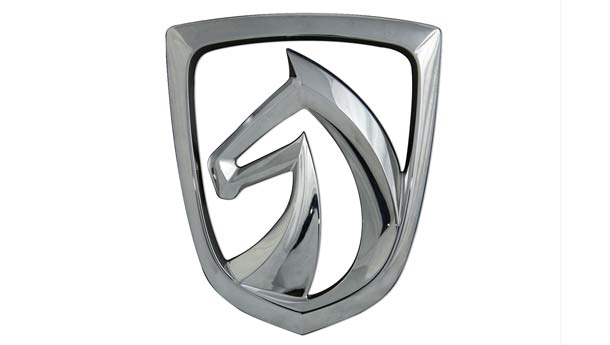 General Motor's mini-vehicle venture in southern China unveiled its first car brand on Sunday as it aims at the fast-growing moderately priced segment of the car market.

SAIC-GM-Wuling plans to roll out a series of passenger cars under nameplate of Bao Jun or treasured horse in the near future, said its general manager, Shen Yang.

"Bao Jun is just the beginning. We will launch one new model per year carrying the same nameplate in the next few years. We will also develop SUVs and MPVs," Shen told reporters in Shanghai.

GM-SAIC-Wuling is a three-way venture between GM, SAIC Motor Corp and Liuzhou Wuling Automobile, whose workhorses are Wuling brand minivans and pick-up trucks. Before Bao Jun, the Chevrolet Spark was the only car made at the venture.

Shen did not disclose the price of Bao Jun, which is scheduled to hit the market before the end of this year. Kevin Wale, president and managing director for GM's China operations, told Reuters that Bao Jun will compete with local brands.

SAIC president Chen Hong also considers Bao Jun complementary to its own, much-pricier portfolio, which includes the MG 6, Roewe 550 among others.

The top Chinese automaker has virtually the only domestic brands that have made some inroad into the country's lucrative medium-to-higher end segment, which is dominated by foreign brands.

Wuling could now be a platform for SAIC to compete with cheap, local brands made by Geely Automobile Holdings and Chery Automobile, Chen said previously.

Affordable and reliable Wuling cars, jointly developed by GM, SAIC and the venture, would also give the Chinese automaker a chance to compete effectively in emerging markets.

"We will start selling MG 6 next year in the UK, but at the same time we will not give up any growth opportunity in developing markets such as southeast Asia," Chen told reporters.

By 2015, SAIC-GM-Wuling is expected to sell 1.59 million mini vehicles, up from 1.06 million units sold in 2009, Shen said, a very conservative target compared with its 65 per cent sales jump last year.

Shen, however, did not provide a sales target for its passenger business. Bao Jun will be made at its plant in the southern city of Liuzhou, he added.

GM, which now holds 34 per cent of SAIC-GM-Wuling, has been seeking to raise its stake in venture. It intends to buy the stake from Liuzhou Wuling, a subsidiary of SAIC, which holds 15.9 per cent of the tie-up. SAIC's 50.1 per cent will remain unchanged, Chinese executives had said.

Wale said negotiations with its partners are on-going but declined to elaborate.