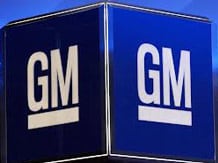 General Motors India has temporarily halted retail sales of the diesel versions of three models — the SAIL, the SAIL UVA and the Tavera — due to technical issues. The company said it had identified an emission-related issue with the Tavera and some quality issue with the SAIL product line and had, therefore, asked its dealers to stop accepting bookings for these models. None of the issues are safety-related.

The makers of the Chevrolet brand of cars had to suspended production of these vehicles early last week. It has engaged technical officials from the US to resolve the issue as soon as possible.

General Motors had launched the SAIL UVA, a premium hatchback, during last year’s festive period. Early this year, it launched the SAIL, a mid-sized sedan. However, owing to the slowdown in market, demand for both the models hasn’t been good so far.

P Balendran, vice-president (corporate affairs) General Motors India, said, “As part of General Motors’ stringent manufacturing and quality-control processes, we have identified a potential emissions performance issue with the Chevrolet Tavera BS (Bharat Stage)-III and a quality issue with the Chevrolet SAIL HB & NB diesel variants. Neither issue is safety-related. Since GM is committed to product excellence, we have temporarily suspended production of these vehicles.”

The issue with the SAIL and the SAIL UVA is restricted to the diesel models, and the petrol variant is still available in the market. “The Tavera BS-IV and SAIL HB & NB petrol models are unaffected and production of these vehicles is continuing,” Balendran said. On the possibility of a recall of those models that had already been delivered to customers, he said, “We will come back to you with an update after thorough investigation in the coming days.”

There is no clarity on when the sales of the three models would resume and the company hasn’t ruled out a delay in deliveries of the models already booked by customers. “We are working hard to resolve these issues as quickly as possible and will come back to you in the coming days with more details, as we move towards a solution for both vehicles,” Balendran said.

General Motors India, in its 16-year history, has never carried out a recall of its vehicles. According to the Society of Indian Automobile Manufacturers’ code on voluntary vehicle recall, companies are expected to make an announcement on recalls on their websites, as well as inform customers.

Both SAIL and SAIL UVA share the same 1.3 litre diesel engine. Though the engine is also used in the recently launched multi purpose vehicle Enjoy, General Motors India hasn’t reported any technical issue with the model.

The company has said the share of diesel versions of the SAIL and the SAIL UVA have dropped, as diesel prices have seen a rise. Tavera BS-III models were negligible in number, Balendran said.