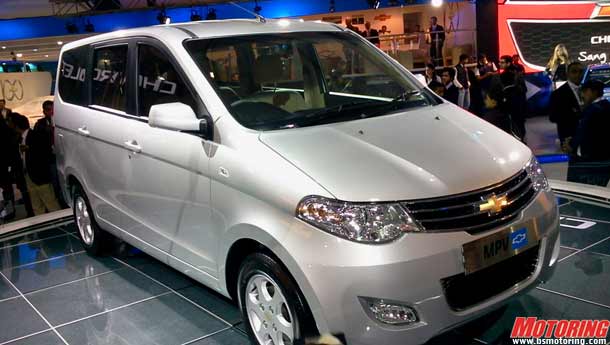 General Motors Co's new China chief downplayed concerns over the health of its relationship with Chinese partner SAIC Motor Corp, insisting they are growing closer as they look to use their business model in Southeast Asia to tap demand for no-frills cars.


SAIC's technology for producing cars priced as low as 30,000 yuan is especially critical to GM's effort to come up with decent cars with a price tag acceptable to rising middle-class buyers in markets like China, India, and Indonesia.

"Products we're producing out of our joint-venture operations with SAIC serve up very well in emerging countries," Socia, who is also GM's head of operations in India and Southeast Asia, said in a recent interview in Shanghai. In China, he replaced Kevin Wale, who retired.

SAIC, China's biggest carmaker, became a 50% partner in GM's India operations in 2010. It nearly reversed that in October by cutting the stake to 9%, a move widely seen as a possible chill in the relationship.

It came as GM's sales in India fell 21% in the first half of the fiscal year that began in April. GM and SAIC also struggled to convert two low-cost small cars they sell in China into right-hand-drive models for India, delaying key products.

Socia and other GM executives who spoke with Reuters in Shanghai late last week would not offer specific reasons for SAIC's decision.

But they said the Shanghai-based state-owned automotive group will continue to help GM develop "value cars" for India and other emerging markets, although SAIC on Wednesday announced plans to start making cars in Thailand with local firm CP Group Co Ltd. GM is not involved in that deal.

"They (SAIC) are very active in strategic issues of the organisation; we have taken over operating control," the 58-year-old executive said of their India operations.

"I wouldn't read too much into the equity share thing; we're working very well and we will continue to work very well (with one another)."

Indeed, according to Socia, GM and SAIC might take the same business model - combining their respective strengths to crack emerging market demand for no-frills cars - to Southeast Asia.

"The whole ASEAN arena is ripe for that same sort of conversation," Socia said, referring to the Association of Southeast Asian Nations, a 10-country grouping that includes Malaysia, the Philippines, Singapore and Malaysia.

Of the fast-growing markets inside ASEAN, GM and SAIC are particularly interested in Indonesia and Thailand, Socia said.

Southeast Asia has long proven a tough market for GM and other western auto makers in part because it is dominated by Japanese auto makers.

In Indonesia, where Japanese brands control well over 90% of a market expected to generate one million car sales this year, GM is just re-starting local production.

In the second quarter of next year, it plans to reopen an assembly plant near Jakarta, which it closed down in the mid-2000s. It sold 4,624 cars in Indonesia in the first 11 months of this year.

"It's not that we cannot do it by ourselves," Socia said. "We are studying all sorts of options," including joining forces in Indonesia with SAIC.

That's mainly because GM wants to offer more products at bargain-basement prices. GM has not announced pricing for the Spin, a small car it plans to produce in Indonesia, but Socia said the boxy people mover is "the type of product that we think could do well" in the country.

"But again you really have got to find that value proposition point" in order to compete with the Japanese and make inroads in Southeast Asia, he said.

So, as in India, GM is likely to use the Wuling brand of no-frills microvans it jointly produces and markets in China with SAIC to try to crack the Southeast Asia market.

Many of those workhorse vans, which can also be used as private cars, sell for as little as 30,000 yuan and could be the model frugal emerging middle-class buyers are looking for in Indonesia and elsewhere, Socia said.

As further evidence of GM and SAIC's close relationship, Socia said the two companies are now buying more car components "together than ever before" to achieve cost savings from purchasing in greater volumes.

The two companies also just opened a new plant in the southern Chinese city of Liuzhou, where the Wuling brand is headquartered, and intend to open another plant in the Southwest city of Chongqing to produce low-cost microvans.

"The relationships that we have with our partners I think are very good," Socia said, referring to SAIC.

The overall market will likely grow "5 to 8%" in 2013 to 21 million vehicles, a GM estimate shows. Socia said overall car sales should total 19.4 million to 19.5 million this year.