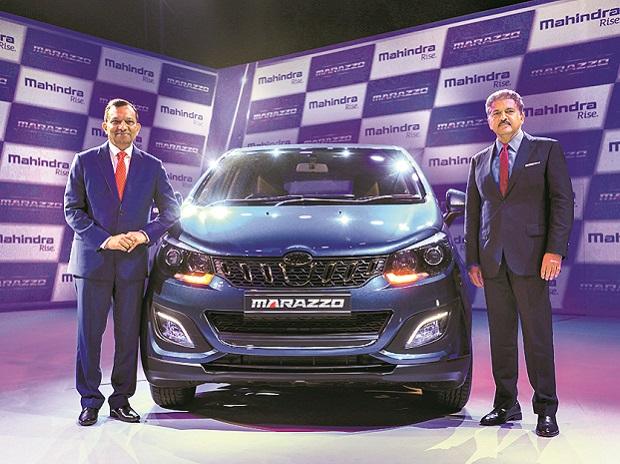 
The company is also ramping up the production of e-Veritos and Treos to meet the expected demand as the government may soon announce the second phase of the FAME (Faster Adoption and  Manufacturing of Electric vehicles) scheme.


“There is a lot of interest from many state governments. A lot of them are approaching us for electric mobility, setting up last-mile connectivity,” Goenka said. He said the company “is in serious discussions” to create a fleet of its EVs in three or four cities.


It is also set to announce a pilot project for eVeritos with cab aggregator Uber in a week’s time. Mahindra Electric is looking to push production of eVeritos to 400-500 units a month from 300, currently, expecting a surge in demand. The company had been awarded an order of around 4,000 cars by state-run Energy Efficiency Services (EESL) to supply electric cars to the employees of government companies. It has so far supplied 250 e-cars to ESSL in phase one.

It is also running several fleet applications through supplies of 15 to 20 e-cars to several major cities, including Delhi, Bengaluru, Hyderabad, Pune and Chennai.


“There are some who are talking about ramping up the fleet to 3,000 to 4,000 units in the next three-four months,” said Goenka.


The Mumbai-based company is also bullish on its electric three-wheelers and sees a potential demand of 10,000 to 12,000 units.


“For three-wheelers, the sky is the limit. We are waiting for the FAME-II scheme to be announced,” he said, adding that the segment offers “very good commercial viability,” provided the second phase of the scheme retains the subsidy the segment enjoys.


Lead acid-powered e-Alpha is selling 800 to 1,000 units a month. Goenka said the company “is constrained” by how many e-three-wheelers it can make as he announced to push production of Treos.


The company currently has a capacity to produce 1,000 units of electric three-wheelers a month but will take another three to four months for it to reach that level.


Mahindra has a  head start in e-three-wheelers. While the market leader in three-wheelers, Bajaj Auto, plans to enter the segment in 2019-20, Piaggio Vehicles and TVS Motor, the second and third largest in the pecking order, are yet to announce such plans.


The Mumbai-based company has been pro-actively pursuing its electric mobility strategy to make the most of the government’s electric mobility mission to reduce dependence on fossil fuel by giving a thrust to battery-operated vehicles, especially for public transport.


Goenka welcomed the recent government move to clarify the definition of completely knocked down kits for EVs, but said the industry is concerned about the levy of a 5 per cent duty on lithium-ion cells, which so far did not attract any duty. He said the move will have an immediate impact on the price of EVs, he said.  “As it is, we are struggling to get the price right.”