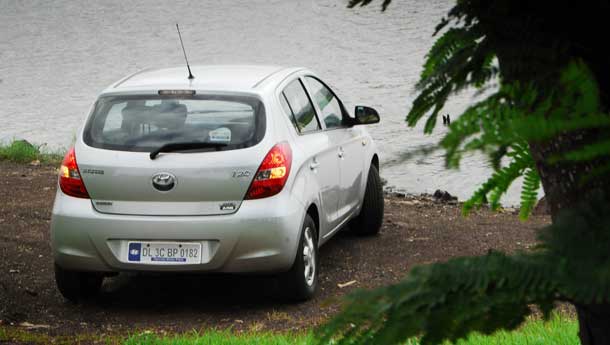 This is the worst hour for Formula One. Well, the multi-continent, billion dollar sport with real characters was always dubbed as the “circus”, but it was still a sport. Plotting a crash to win a race? Are we talking a really bad Hollywood script starring Tom Cruise here? Imagine if Nelson Piquet Jr got injured, or worse still, died while trying to “carefully crash” a 320 kph Formula One car. The lawyer in me says that Flavio Briatore and his cronies who orchestrated this fraud should be charged for attempted murder. And Piquet Jr for attempted suicide. I always liked flamboyant underdogs and Flavio played the role really well. Who can forget the glorious moments when a happy — and slightly thinner — Michael Schumacher jumped on to his hips after each victory during his formative Benetton years. He was sharp, astute, even healed supermodels of their drug habits. And, sigh, then he crossed the line.

The Hyundai i20 I am driving these days has the potential to take on successful cars such as the Swift, Ritz and the Dzire from the Maruti Suzuki line-up – especially the diesel-powered variants. The little 1.4-litre diesel motor is potent enough for 88.7 bhp (pretty early in rev life) and is quite refined too (notchy gearshifts bother me, still). It is an energetic car that drives well, looks cool and returns 15 kpl whichever way you drive. And yes, the safety kit is good too, with one top-end version boasting six airbags. But I am afraid it will still not make a dent to the bottom line of Suzuki cars from the Swift platform. Why? Mostly imported engines mean the i20’s price starts at Rs 6.5 lakh and ends at Rs 7.8 lakh. Maybe it is time Hyundai realigned its strategy to include developing markets.

My wife and children gifted me a little R/C chopper for my birthday – something that is purely wicked to fly and hence lots of fun. But the real surprise was waiting in my parking lot when I returned from work – a 1984 model W123 Mercedes-Benz, nothing less. My wife who knows my love for this particular breed of Stuttgart iron “organized” this clean, white example through a common friend for me to drive for one whole week. It was sheer bliss driving the car that I grew up dreaming about — the police beacon on the parcel shelf and a fibre-lathi placed on the dashboard notwithstanding. The car has since been reunited with its real owner – a very nice commissioner of police. Thank you everyone in this W123 chain – better gift ideas would have meant blondes and Lamborghini convertibles!

The TVS Apache RTR 180 is growing on me. The ‘white’ monster went through some extensive workouts. The motor feels stressed out but has started emitting a genuine ‘grunt’ as you tickle the throttle. My daughter is insisting on rides – can someone help me find a quality lid for an eight-year old girl? I accept gifts!

Do you know how many Lamborghini Reventon convertibles will be made? Just 20 – act quickly if a recession-era special edition Lamborghini in stealth black is all you need to make life complete.