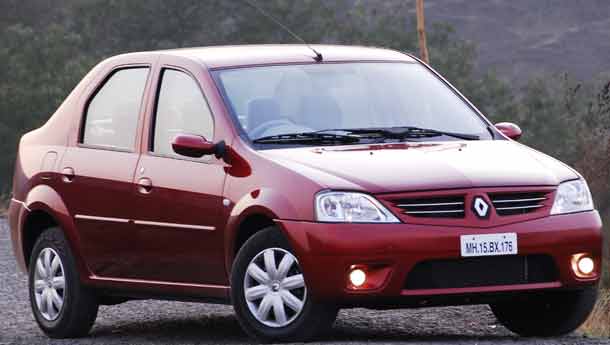 After announcing partnerships with three of India’s top auto makers — Bajaj Auto, Mahindra & Mahindra and Ashok Leyland — Carlos Ghosn, head of Renault and Nissan, today said he was keen on continuing with just one of them.

French car maker Renault has a joint venture with M&M, which makes the entry-level Logan sedan. Renault has 49 per cent in the venture.

Renault is also working with Bajaj Auto, along with Nissan to develop a small car, although no joint venture agreement has been signed so far. It also has a partnership with Ashok Leyland through Nissan for light commercial vehicles in India.

Talking to the Press Trust of India on the sidelines of the Tokyo Motor Show, Ghosn said if things did not work out, it can sever ties and may even drive in its new products in India with a different partner.

“I am not saying we will, I am saying we can. I don’t want anybody to be surprised. We have three partners (in India) today. Our intention is to continue with the three partners, but if it is not possible, I can tell you that we need at least one,” Ghosn said.

He was responding to a query on whether Renault was unhappy with any of its Indian partners, particularly with M&M, following the dismal performance of the Logan in India.

“It is a matter of concern. Every time your sales go down on any model, not only in India, we always check why. We are going to try for some more time. If it does not work then we will go with a second car, probably with a different partner. We are in India to stay,” he added.

Logan has failed to live up to expectations and sales have been falling steadily. In September alone, 510 units of the car were sold against 1,752 units in the same month last year. In the first six months of this year, the joint venture sold just 2,901 units of Logan compared to 9,217 units in the same period last year.

According to Mahindra & Mahindra’s annual report, the joint venture company — Mahindra Renault — posted a loss of Rs 490 crore in the last financial year. Low demand for the car has forced Renault to scrap plans to make the engines locally.

Ghosn added the failure of Logan was because “it is more expensive than we hoped it would be in India, the market here is extremely sensitive to the price”. The other reason, he added, was that “we don’t have enough localisation in India”.

Renault is learning from its current experiences in India and “we are going to come with a second wave of products”, he said, without specifying details.

Mahindra was the first to express dissatisfaction over the working of both Renault and Nissan when it exited a planned three-way venture in January last year. Renault-Nissan, however, went ahead and set up a mega car plant with capacity of 400,000 units in Chennai.

Although Renault has postponed its production plans from the plant for the time being, Nissan has stated that its first car will roll out in May 2010.

In a statement issued in India later in the day, Renault said Ghosh’s comments were related to the Renault-Nissan alliance operations in India and they should not be construed to be referring only to Renault India’s operations.

“Renault would like to state that at this stage there is no decision, nor any plan to cease coordination with any of its current partners,” the statement said.

Ghosn’s statement also comes at a time when Renault’s financial condition has deteriorated considerably in the first half of the calendar year with the company reporting a net loss of $3.82 billion, which was led by a free fall in auto sales worldwide.

The small car venture with Bajaj Auto also has not gained much momentum ever since the companies jointly announced in end-2007 their plans to put the car on the road in early 2011.

The precise reasons for the delay remain unspecified but sources say that there have been differences between Bajaj Auto and Renault over the positioning of the car. While Bajaj is reportedly keen on positioning it as a fuel-efficient product, Renault wants to launch a price war with the Nano.

Officials at Bajaj Auto declined to comment on today’s developments but sources said that the company does not intend to get into the sedan segment.

Sources in Nissan, however, say the joint venture with Chennai-based Ashok Leyland is “very much on schedule” and will continue as planned. The Japanese company has three joint ventures with Ashok Leyland for light and medium commercial vehicles, engines and powertrains and technology development.