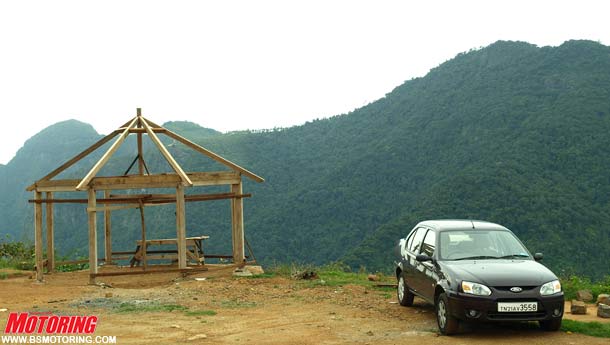 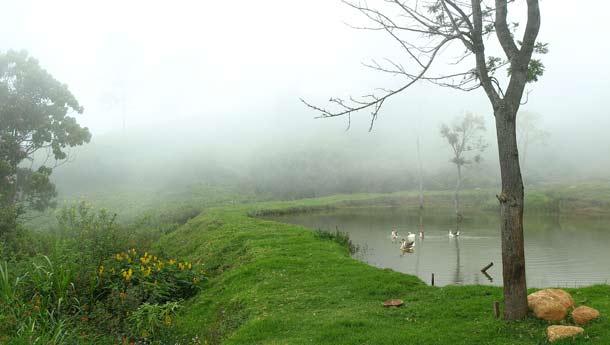 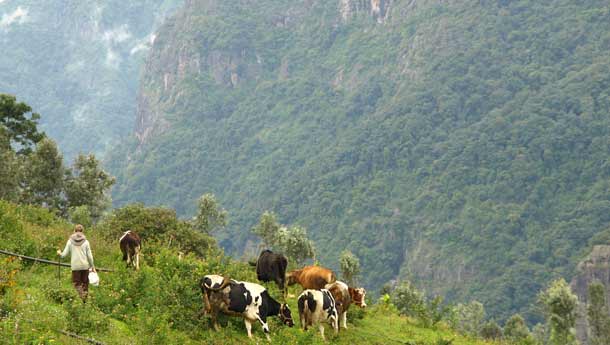 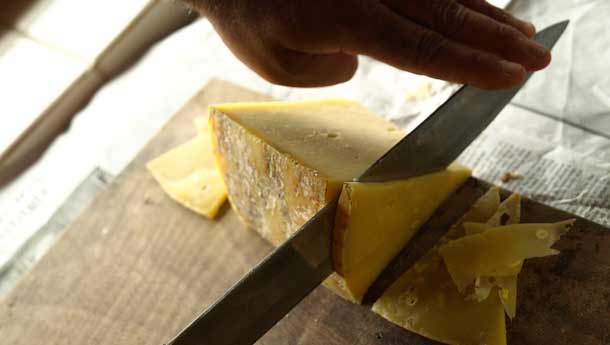 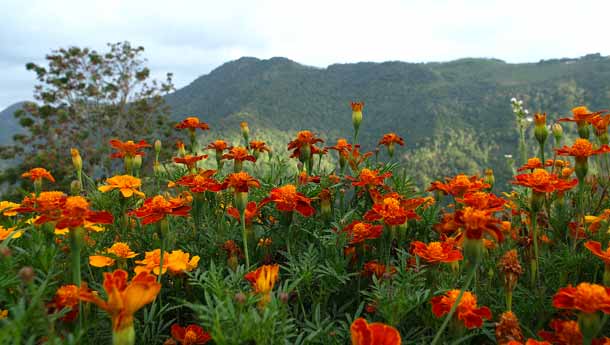 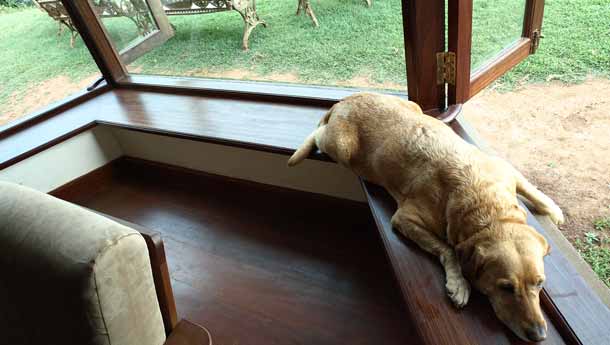 'Pablo! Hurry up and get ready, you're late for school!' I flung the covers off in a semi-comatose panic and sat bolt upright in bed, my heart racing. I had been having a most agreeable dream about... well, never mind, and to have it suddenly ripped out of my consciousness was very disorienting. I sat there, swaying a bit and rubbing my eyes, wondering why I needed to go to school, what I was doing in an unfamiliar bed and why there was a large Labrador sitting at the foot of said bed, grinning at me and whumping its tail on the wooden floor. In front of me was a bay window, looking out onto mist-covered hills, and as the mist in my head began to clear, bits of reality began to fall into place. I was certainly not in my own bed; no, I was in a spare bed in the house of Mansoor Khan (of QSQT and JJWS fame – and if you don't know what those are, find out) and his wife Tina Fonseca, the mist and hills outside the window were because the house was in Coonoor, the grinning dog was the resident pet and, most importantly, there was no need for me to sling on a uniform and go off and throw paper planes at teachers – the Pablo being referred to was Mansoor and Tina's son, not me.

The obvious question here is 'What on earth were you doing in their house?'. Well, therein lies an interesting story. If you come from a well-respected film background, and are a successful director in your own right, what do you do a few films down the line? Why, you chuck it all up and head for the hills, of course, there to start an organic farm and then to make cheese. Acres Wild, the farm he and Tina run and live on, is also the brand name under which they market their freshly-made cheese. I've known the family in a tangential sort of way for a while now, and when I heard that Mansoor and Tina had become cheese makers of some renown, a trip up to their farm was but the work of a phone call.   Since I was awake anyway, I decided a bit of a morning stroll (something I'm normally not found doing) would be a good idea. A couple of old school pals had come along as well, and since they were considerably more energetic at this time of the morning, a bit of their zest rubbed off on me as well. We stepped out of the colonial -style bungalow and stretched mightily, breathing in the hill air with gusto and realising just how lucky you had to be to live in an environment like this. The farm, barely around the corner from the raucous Coonoor bus stand yet far enough away to be the middle of nowhere, was spread over several levels of a hill. Below us, approaching the bottom of a valley, we could see a verdant tea garden and a bed-and-breakfast that Mansoor was in the process of building, both tinged with wisps of swirling mist. A large pond occupied centre-stage in the level above the tea gardens, and a boisterous gaggle of geese were clearing their throats in the middle of it. 'Geese are pretty territorial, you know – they say you don't need guard dogs if you have geese'. Mansoor had ambled out to join us, and we set off down the hill towards the valley.
'The whole idea here is to be as organic and natural as possible. Masanobu Fukuoka, who was a radical Japanese agrarian thinker and farmer, is my hero, and I try and follow his method of 'do-nothing farming. This doesn't mean you just sit back and twiddle your thumbs – there's work involved, but the goal is simplicity and co-operating with nature, rather than trying to improve or control it.' He pointed to his duck-pond as an example. 'That pond is full of fish, and it's a whole mini-ecosystem by itself. The ducks eat tadpoles, small frogs, dragonflys and other insects, making it a safer environment for the fish. Their excreta acts as a fertiliser, which stimulates the growth of fish-food organisms, and they also keep the pond aerated when they move around.'   We walked further on to a meadow, where his cows were grazing in the dopey way typical of bovines. 'I cleared this area of tea plants so the cows would have a pasture – healthy cows are everything when you make cheese, and it's much better for them to graze naturally than be stall-fed. Also, as far as possible, I'm trying to stick to Fukuoka's principles of not ploughing or weeding the land, and of not using chemical fertilisers and pesticides.' It was clear that he was passionate about what he was doing, and the results clearly showed – though a farm, the property seemed to meld into the surrounding forests, creating a continuum that was refreshing to see. 'We get wild animals here all the time – bison, wild boar, bear, elephant and even the odd panther.'

Our walkabout ended just around breakfast time, during the course of which Mansoor (always an interesting conversationalist) held forth on his world views, some of which were of a starkly dissident nature. It was all fascinating stuff, but at one point he said 'Enough now, before my wife starts scolding me for boring you all, let's go up to the cheese cottage!' Tina is the start-to-finish guiding force behind the cheese-making operations at Acres Wild, but that day it was Mansoor who was to be our tour guide, as it were. A short hike up the hill and past the rather swank cowshed brought us to the cottage, looking for all the world like an illustration out of a children's book. 'This is it – our little factory' said Mansoor with a self-deprecating smile. 'We only make about 5 kg of cheese a day, and we really don't want to turn this into some mega-industry.' I asked how complicated the process was, and what sorts of cheese they made. 'We make pretty much every kind of cheese here, and it's been a process of trial and error – and we're still learning and experimenting!' He showed us the main 'factory' room, where the milk-heating and curd-pressing apparatus was (almost all of it home-designed). 'I'll try and explain the process as simply as possible.The first thing that you have to do is to boil the milk to a particular temperature, so that bacteria can grow and ferment the lactose into lactic acid.'   Whenever someone starts using terms that have even a remote resemblance to chemistry, my head usually fogs over and I start dreaming of random things like badminton rackets and chocolate fondue, but this time I made a concerted effort to prevent a brain-derailment. 'You use some sort of a starter, like buttermilk, but there are different kinds of starters and bacterial cultures, for different cheeses' he continued, magically producing wedges of delicious Gouda cheese and passing them around.

Tough as it is to concentrate while eating high-quality cheese, I listened as Mansoor explained further. 'When enough lactic acid's been formed, you add a coagulant called rennet, which begins the process of forming a firm curd, and then leave the mixture to form, according to the type of cheese that's being made. Then you separate the whey from the curd and put the curd into a press, if it's a hard cheese like Cheddar, or hang the curd up in a fine cloth if it's a soft cheese like Camembert.' I wondered aloud how, if the manufacturing process was basically the same, they produced cheeses of such widely differing flavors, colors  and textures. 'You make changes in the process, it's not difficult. Like with Camembert, you add fungal spores that start rapidly ripening the cheese. With Cheddar, you raise the temperature of the curd in order to scald it, after which you cut it into blocks and add salt, in order to arrest the development of acids. Here, try this' he said, handing out slices of a zesty, red chilly-flavored Monterey Jack cheese. 'Like I said, we experiment all the time, and by adding things like pepper, zebra, green chilly, celery and other herbs, and also by infusing the cheese with wood-smoke, we come up with all sorts of interesting combinations.' We were now in the cheese cutting and packing room, and frankly all I wanted to do at this point was dispense with the technicalities and gorge myself on the different cheeses lying enticingly there. 'We're having some guests over for lunch tomorrow, so you'll get a chance to taste many of the cheeses we make' he said. 'Well' I thought, munching on a large wedge of smoked Gouda, 'that's just fine by me.'   Travel log

Cheese, just to give you a quick fact-file, was first made as far back as the ancient Egyptian period. In all probability, it was first made, quite accidentally, when nomadic herdsmen stored milk in pouches made from sheep and goat stomachs. The stomach linings contained a mix of lactic acid, bacteria and rennet, which caused the milk to ferment and coagulate into a sort of yogurt. This also allowed the herdsmen to preserve the milk for longer, in the form of a solid item of food. In India, large scale cheese-making is of course a huge industry (think Amil and Britannia cheese slices), but smaller concerns such as Acres Wild are rapidly coming into their own as makers of fine, gourmet cheese – and believe me, once you've had a taste of the 'real' stuff, there's no going back to mass produced me-toos. Their website, www.acres-wild.com, is quite fascinating to go through, with a wealth of detail not just on the cheeses that they make, but on farming methods and local flora and fauna. There's also a farm blog and even a chat room.

Acres Wild will soon have a fully set up bed-and-breakfast on the property, and from the way it's shaping up, it should be a lovely place to stay. For now, in Coonoor, Velan Hotel (www.velanhotels.com, Rs 1,200 onwards) and Kurumba Village Resort (www.kurumbavillageresort.com, Rs 5,500 onwards) are good options at opposing ends of the price spectrum.