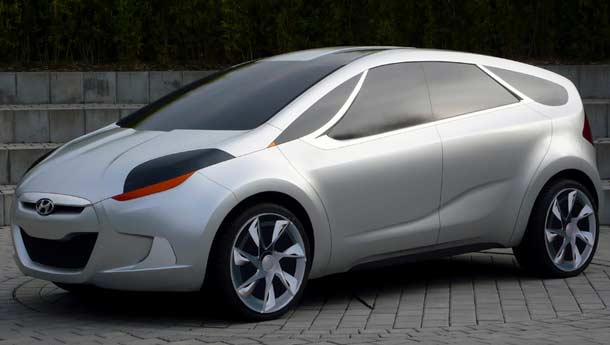 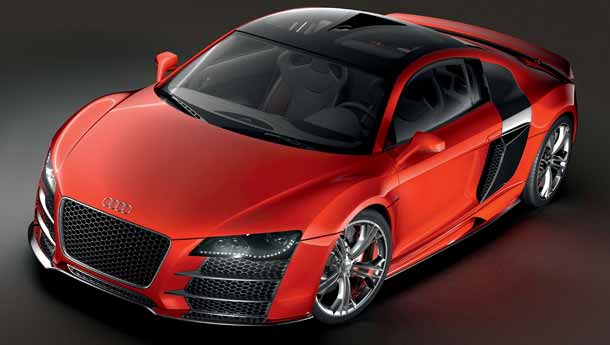 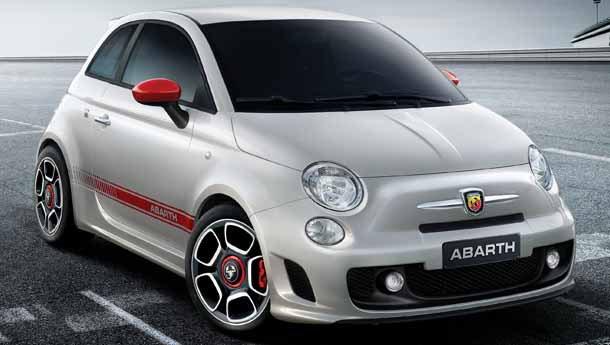 SAAB
We don’t quite know how Saab does it, but despite having the most confusing concept car name series going, every car in the family is stunning. And none more so, we wager, than the new 9-X BioHybrid that floored them all at Geneva. The smallest car in the family, the 9-X is based on GM’s Delta (Global Compact Car) platform – think Astra, Cobalt and Volt. Could the final name be 9-1, then?  It looks lovely. Slick surfaces, wrapped neatly around the underpinings and a spoiler (deploys at 70 kph along with an active diffuser) are to die for. This is very fashionable indeed. Under that hood is a 200 bhp, 28 kgm 1398cc turbocharged E85 burning four-cylinder. A next gen GM Hybrid will boost efficiency, while roof-mounted solar panels will charge the batteries. The petrol version of the engine will lose 30 bhp and 5 kgm. Both get the 6-speed manual with sequential shifting and an automatic clutch.The cabin is minimalist, high-tech and surrounds the driver with info, and leaves the passengers to enjoy the drive. We absolutely adore the turbine wheels. This four-seater Mini-sized car is very promising, and while we probably haven’t a shot in hell, a Saab 9-1 in India would make a lot of sense.

Alpin liebe
Magna Steyr started the MILA (Magna Innovation Lightweight Auto) story three years ago as a driving – enjoyment oriented concept. After that one, followed by the Mila CNG and the Mila Future, we have the Mila Alpin concept. This time, we have, erm, a car for mountaineers, who'd rather drive up the mountain than walk. The funky-chunky thing will climb at 45 degrees, burns CNG, seats four (the fourth chap must be slim) and is highly maneuverable. And most panels tend to open by folding upwards. Neat, cute and ultimately, slightly whimsical. Definitely a concept, then.

Megane-animous
You’ve already seen the Koleos and the Twingo RS. Now meet the Megane Coupe Concept, the concept that sets up the Megane replacement. The car is possessed with ‘dynamic voluptousness,’ a term we’ve only heard in connection with Silk Smitha so far. For once, the centerpiece is in the superb exterior, while the motor itself is a 200 bhp 2000cc turbo petrol. The gullwing doors will be axed, but if this shape gets into production, Renault will score! The interiors look super-classy too, with the seats moulded up from the sill, and extremely thin in profile. With the all-glass roof, driving will be interesting, although you might hate the kids who play cricket near your car almost instantly.   Forty-Tude
Inspired by the 1968 Bizzarrini Manta concept, the Quaranta represents 40 years of Italdesign Giugiaro, and has innovations from various prototypes. The wedge shape sheaths a 1+3 cabin, with the driver seated front-center, with two adults and a child right behind. Following them is a battery array, followed by a 268 bhp Toyota V6 petrol. Electronic four-wheel drive eliminates the transmission and gives the 4x4 sportscar a flat floor. The roof is all solar panels – enough to recharge the batteries and power the cabin gizmos. The minimalism reminds you that Italdesign Guigiaro is very good at what they do. Quaranta? Means forty.

Red
Stand up, ladies and gentlemen, the occasion demands it. You’d think Audi only needed to paint an R8 red, add some chrome and highlights. But no, the minor stampede and major commotion at Geneva was caused by this R8, which wore that brilliant red paint, and a Le Mans going variable geometry twin turbo piezo-electric common rail 5934cc diesel V12 making 500 bhp (down 150 bhp from the race engine). More importantly, it claimed a whopping 101 kgm (at 1,750 rpm, upto 3,000 rpm)! Bow to the world’s first diesel supercar. The rumbling diesel takes 4.2 seconds to 100 kph and the top speed is 300+ kph. As in, almost the same as the V8 petrol. This car is also Euro-6 compliant and Audi goes so far as to say, not quiet either. A loud, clean, green supercar that burns diesel and is red in colour? What’s that concept thing dangling at the end of the moniker, Audi You gotta make this, come on...

Vida Boca
Seat’s Bocanegra concept looks good. Which is good news, because it sets the tone for the replacement of its Ibiza, which is due shortly. The Bocanegra (‘Black Mouth’) looks menacing, if not completely fresh. The buzz is that the production Ibiza will only get some of the bells-whistles off the Boca’ (Bengalis, please stop sniggering about that shortened name. Be nice, now) and most of the sheet metal is production spec. This means that the Ibiza is about get an aggro new form at its debut at Madrid later in the year. The new Ibiza looks ready for it, but will it get an R32-style motor? Fingers crossed.    Have Abarth
Hot, hot, hot! The sting in the 500’s tail is pretty potent now, after Abarth have been at it. The 500 Abarth gets a 135 bhp turbocharged four cylinder, which is massive power for a car the size of the 500. And to think that the crazy Italians are going to be punting this thing all over their boot-shaped country. Smile and shudder, both. And it seems that isn’t enough, so a 160 bhp version, probably badged SS, will come in later.

TT Show
If the R8 can boast a diesel, why not the TT, right? But unlike the R8, which is a concept, the TT is go for take off. Audi will offer one of the TT’s with a 170 bhp, 35 kgm 1968cc turbo diesel, in both Coupe and Roadster forms. A six speed manual will interpret for the wheels and the Quattro equipped Audi will boast a 7.5 second run to 100 kph. In the process, you get superb economy as well. First diesel supercar is a concept? So what? This might just be the first diesel sportscar.

Social Drinker
Volkswagen showed the Golf in diesel hybrid hatch form. The focus is on great economy and to that end, the car offers a 75 bhp three-cylinder turbo diesel engine with a 27 bhp electric motor to create motion. The power is handled by a seven-speed DSG and promises almost 33 kpl in the European driving cycle. Also, notice the wheels; those grey inserts evidently help the slipperiness for more economy too. Just like on the Ferrari F1 car, then.

Hatch Is
Here it is, finally, the 2009 Volkswagen Scirocco, in full production glory. The IROC's outrageous lines have only dimmed slightly, and the Scirocco now looks smoking hot. And Volkswagen are billing it as a sports car, so it should be good to drive too. 34 years since the first Scirocco, the resurrection is in the form of a four-seater the size of the Golf, but lower and almost as wide as a Passat. Four turbocharged engines will be on offer. The three TSI petrols will make 120, 158 and 145 bhp, while the sole diesel will make 140 bhp. All will get a seven-speed DSG, 17-inch wheels and a good complement of goodies. Did you know that the Scirocco will be (only) the  second car to wear the VW badge on the bonnet. With the exception of the Beetle, they all wear it on the grille.

Atomic Bomb
The Ariel Atom could never be accused of being subtle. And still, the news of the thing getting a 500 bhp V8 engine has totally rocked our world. Yes, a V8. The mad Brits have crammed a 40 valve 2400cc V8 into the thing. And they didn’t stop there either, they just had to bolt a supercharger on as well. So you get a car that has almost twice the power to weight ration of a Bugatti Veyron. To spot the big one, look for carbon wings and two air intakes that feed the intercoolers. This is truly scary to contemplate... where’s that safe little Golf Hybrid again? Oh, and the Honda-sourced 300 bhp motor already powers the Atom to a sub-3 second 100 kph time...

Foreigner
The Suzuki Kizashi 3 was not at Geneva, but is important enough to warrant a gate crash. Suzuki will unveil the third of the Kizashis at New York shortly, backed by the other two siblings. This one will be a sporty sedan and will probably form the basis for a sporty four-door Suzuki that is to come.