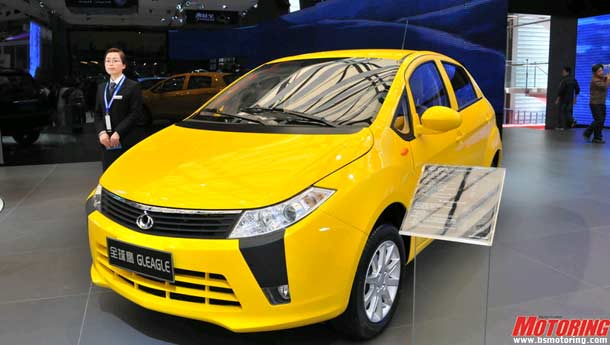 The deal will close in the third quarter, after which Ford and Volvo will continue to cooperate, Ford Chief Financial Officer Lewis Booth said told reporters today in Gothenburg, Sweden. The Chinese company will pay $1.6 billion in cash and the rest in a “note,” Ford said in a statement.

“This could set the benchmark for more Chinese deals to come,” said Rebecca Lindland, an auto analyst at IHS Global Insight of Lexington, Massachusetts. “It potentially could allow Geely to come into the West with its own brand of vehicles.”

Geely first approached Dearborn, Michigan-based Ford about buying Volvo in mid-2008, two people familiar with the talks have said. Ford named Geely its “preferred bidder” in October 2009 and said on December 23 that they had agreed on the major terms of the transaction. Ford paid $6.5 billion for Volvo in 1999.

“Compared to the business environment when we bought it, it’s a very different world,” Booth said in a March 24 interview. “We only have so much management resource, we only have so much capital to invest and we needed to make sure we were focusing on the Ford business.”

Geely, China’s largest private automaker based on 2008 sales, will gain access to Volvo’s technology as well as an image boost because of the brand’s status as a premium vehicle line in China, said Vivien Chan, an analyst at SinoPac Securities Asia Ltd. in Hong Kong.

Li, Geely’s founder, has said he is seeking to have half the company’s sales from overseas markets by 2015. He aims to sell 200,000 Volvos a year in China, up from 22,405 last year, and has been seeking locations for a new plant there.

Volvo CEO Stephen Odell said at the press conference today that the Swedish company plans to produce 390,000 cars this year, compared with 330,000 in 2009. Geely will restore profitability to Volvo, Booth said.

Saab Automobile, the Swedish auto brand that was under General Motors Co’s control for the past two decades, was sold last month to Dutch luxury-car maker Spyker Cars NV for about $400 million.

Ford ended three years of losses with net income of $2.7 billion in 2009 and was the only major US automaker to avoid bankruptcy.

Ford has said it and Volvo will continue to share parts and technology. The Swedish carmaker’s S40 model is built on the mechanical foundation of the Ford Focus now sold in Europe. Volvo supplies diesel engines for Ford’s European lineup.

Volvo’s managers endorse the sale to Geely, according to the Ford statement.