Gearing up for Le Mans 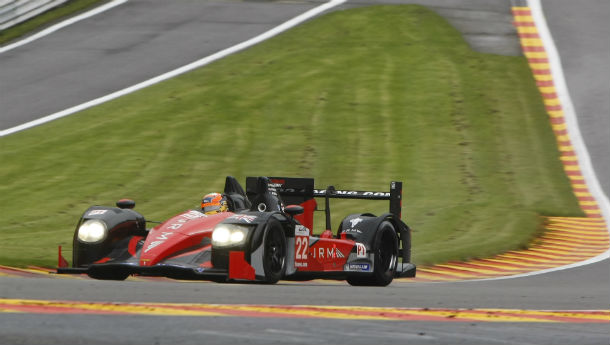 As far as I can remember my biggest goal in life was to be a Formula One driver, representing my country in the highest echelon of motorsports. As a driver coming up through the ranks you spend years focussing on Formula 1 and thinking about it as the be-all and end-all of what we want to achieve. With more time spent in this crazy world however, you become wiser to the ways of the business and sometimes you have to be more flexible in your thought process.

When I had the opportunity to make my debut with HRT I jumped at it knowing that we will be fighting at the back of the grid. Apart from the top 4 teams, the rest aren’t able to sustain themselves financially unless they can supplement the team budgets with additional funding brought in by sponsors connected to a driver. Drivers like Fernando Alonso, Michael Schumacher, Mark Webber, Jarno Trulli all started at the same position and all brought sponsors with them. The last few years has seen this more apparent in the driver market but such is the ways of the world in the present economic climate.

For the last two years my father and I have worked really hard to put the right financial package together to remain in F1 but unfortunately it comes to a point where you have to weigh up the financial risk you’re putting yourself through and make the hard decisions. Looking beyond the financial side, I was itching to race again after doing only Friday practice sessions last year. My drive in Germany with Team Lotus just made me realize how much I missed racing and at the end of the day that’s exactly what I am – a RACER ! I was very clear that spending another year of just testing would not be good for my career.

When the chances of a race drive in F1 looked slim I looked beyond it and the all new FIA World Endurance Championship immediately caught my eye. It’s a great new Championship with good teams and drivers and a truly global calendar going to 4 continents. More importantly we go to Silverstone, Sebring, Spa-Francorchamps, Interlagos, circuits I absolutely love driving on and for the first time in nearly two decades, the blue riband Le Mans 24 hours race will be a part of the championship. There are plenty of F1 drivers who have made the shift over to the WEC this year – Nick Heidfeld, Kazuki Nakajima, Sebastien Buemi, Alex Wurx, Anthony Davidson, Allan Mcnish, Marc Gene, Giancarlo Fisichella and my team mate David Brabham. Throw in top sportscar drivers like Tom Kristensen, Rinaldo Capello, Simon Pagenaud, Andre Lotterer, Neel Jani, Marco Werner, Jonny Kane and Danny Watts and you get a very high quality field of drivers.

Moving to the world of Endurance racing is a big shift for me. It was really interesting that one of the biggest changes was the fact that I had to share a car with two other drivers. It’s such a big mental shift because in F1 / GP2, you work with your team-mate but you always try to get one over them when the racing starts but here you want to help your team-mate because the quicker he goes, the better the result is for you also. Both my team-mates David Brabham and Peter Dumbrek have done a lot of endurance racing before so they have made it very easy transformation for me. The LMP1 cars themselves look fantastic and are very quick in a straight line despite the size and weight. There’s obviously a lot of emphasis on reliability and looking after the car to some extent because the races are anywhere between 6 and 24 hours, although the races now are pretty much a bunch of short sprints put together and every driver needs to be pushing all through.

I was a bit nervous before the first race in Sebring as I didn’t fully know what to expect from the car or the format of the race weekend but overall I have to say it was a pleasant surprise. Obviously the car is a lot heavier and has less power than an F1 car, but they’ve got a good amount of downforce and are very enjoyable to drive once you get it dialled in. After the second race in Spa I felt a lot more comfortable and was able to extract more from the car. I was in the car for nearly 3 hours and that too around one of the greatest circuits in the world - a dream for any racing driver !

As a real admirer of the history of the sport, to be the first Indian to race at the Le Mans 24 hour race is a huge deal for me. Le Mans is one of the three biggest races in motorsport, alongside the Monaco F1 Grand Prix and the Indy 500. For me personally, I’ve stood on the podium at Macau, Silverstone, Spa and Monaco in my career so far and Le Mans and Sebring would be fantastic additions to that list of legendary circuits. We are a privateer team, trying to take on the might of Audi and Toyota with their big manufacturer backing so it’s going to be hard. The whole build up to the race is like a massive festival with 2 weeks of testing, parades and preparation for the big race.

A lot of people have asked me whether I have “given up on F1?” and the answer is NO. F1 is, was and always will be the pinnacle of our sport. I never give up on anything but what I have accepted is that unless you have the right financial backing at the moment it is almost impossible to get a full time race seat with an F1 team. As I said before, I got in this business to RACE and I’m loving this new challenge ahead – it’s time to fulfil yet another dream at Le Mans!