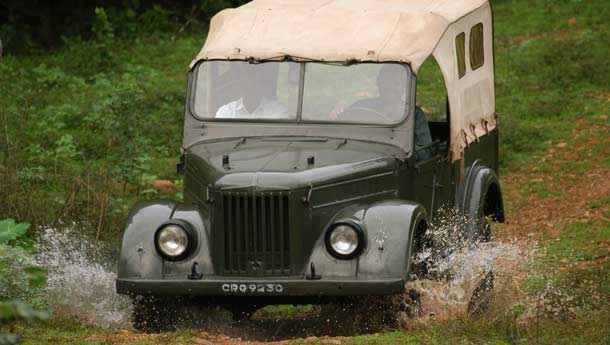 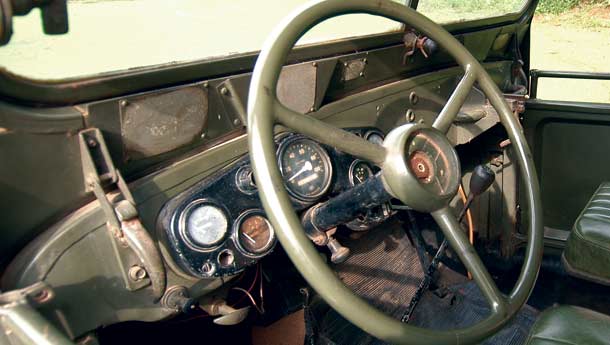 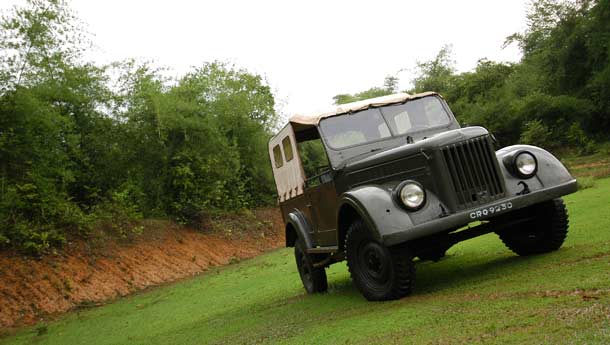 Comrade Pablov, I don’t think we will have anything in this issue because of the dreadful rains,’ I spat, and took a large swig of Red Star straight, the vile liquid poison extracted from large, muddy potatoes that remind one of the oppressed proletariat buried under the weight of the bourgeoisie. I was already several glasses down and had finished an entire packet of Kamels, those filthy smoke sticks that, if nothing else, look like the chain-smoking chimneys that rise above Nizhny Novgorod. Clever lad, this Pablov Chaterjivich, knows when to keep his trap shut. But no one needs to be clever to sense that my mood was as foul as the dark clouds that sometimes hang above Dnepropetrovsk.

Tchah! I hit the table with my fist – making the bowl of borscht jump up like a 19-year old soldier suddenly seeing the general pass by. When will I ever see those malignant Ukrainian clouds again?

Nature’s fury meant all that was neatly laid out in our Eleventh Ten-Year Plan by the Committee of Editorial Planning on Vintage and Classic Cars, under the Ministry of Content Planning and Implementation, had come to nought. In other words, these pages were looking as empty as a matrushka’s basket at the end of a long queue for daily supplies like bread and milk. Any fellow Russian would understand the angst I was going through – after all, we have elevated suffering to an art form. We have endured bloodthirsty despots, great wars, terrible winters, famine and starvation, imperialistic propaganda... so much! In return, we have given the world the concept of equality, efficient Soviet economic planning, villains for a host of imperialistic movies and books, influence for a Boney M song, caviar, Russian salad, Russian er,  roulette, vodka, the AK-47, the GAZ-69...

Yeehaa! This is one wild machine. It may look like a codger of a Dodge truck that’s been given a treatment devised by the Russian Architectural Committee on Buildings, Monuments, Dams and Other Public Places, but it’s as much fun as a capitalistic Ford GPW, if not more. And going by Jeep standards, it is much larger – with a wheel-base and track of 2,300 mm and 1,440 mm respectively compared to the American’s
2,032 mm and 1,230 mm – but no less nimble. Both were used for the same kind of functions, as a light military transport/staff vehicle with go-anywhere abilities, but if the Jeep is a mountain goat, this Jeepski is a mountain bear.   A big Russian bear that’s as comfortable clambering up the mountain-deserts of Afghanistan as it is making its way through the sands of Angola. So what the hell is it? It’s a UAZ-69 that started life as the famous GAZ-69.

...Ahh, the GAZ-69 – my favourite set of wheels, as the Americans say. Do you know Grigoriy Vasserman? Great Grigoriy, we used to call him, the father of the -69. He was the one who developed it in 1947, but it was a long wait for him, because I remember, it first rolled out of Gorkiy Avtomobilnyi Zavod’s assembly line only on the 1st of September 1953 – but what a glorious day for the Rodina’s automotive industry it was. Still, such awe-inspiring machines were nothing new for us... Hey Sascha, I am still thirsty, get me one more! We built the GAZ-64 during the Second Great War, improved it and even made it better in the form of the GAZ-67 for the brave soldiers of the Red Army. What a machine it was, Chaterjivich! It was better than the imperialists’ Willys or Ford GPWs. So what if it was difficult to maintain, broke down in the middle of battle, ran out of fuel while escaping from the Wehrmacht or even refused to stop while driving towards a minefield? At least the sons of Mother Russia died with their boots on. Nothing that an Order of Lenin cannot cure. At least we were smart enough to learn some lessons from the GAZ-67, when we started mass-production of the -69.

I’m feeling better now. Thinking about the –69 has lightened up the clouds hovering above my head, in fact it’s almost like the light grey cloud cover that always hangs above Ulyanovsk. Da, da, UAZ...

Ulyanovskiy Avtomobilnyi Zavod, the plant which was built well away from our dangerous borders during the war. Where production of the GAZ-69 shifted by the end of 1954 and was then rechristened UAZ-69. What a lovely, evocative name, UAZ – so fine, so delicate compared to GAZ.

With all those exposed nuts, hooks, buckles and other bits, it’s a DIYer’s dream – if you had just a screw and a spanner, I am sure you could pull the whole thing apart, it’s like a giant Meccano set of sorts. Prominent wheel arches, faired-in headlamps, a nose that only a mother would love and a tall, purposeful stance all make the UAZ-69 look particularly offensive. Good thing battle horses are not particular about automotive design, or else the mujahideen would have lost in Afghanistan. The GAZ/UAZ-69 came in several versions and was built for various purposes, from a four-door staff carrier to an anti-tank rocket gun carrier – this one is a two-door personnel carrier, and could accommodate six people in two bench seats at the rear, and two in the front. The view from the driver’s seat is commanding and the forward-hunched seating position makes you look like an eager Red Army rookie on his first night out of camp.   If you dare open that nasty hood, basking in that luxury of space is a 2112cc four-cylinder petrol motor that develops 55 bhp at just 3600 rpm. This hardy engine seems to be built with leftover material from scrapped T-72s and will possibly last a nuclear Third World War. A three-speed gearbox does the duty of sending the power to the rear wheels, while a 4WD transfer case with a stubby lever is on hand to extricate the UAZ out of situations. Which is what’s needed right now. I am at a grassy, wet stretch of empty land, and the UAZ’s rear wheels are fighting to gain traction. With the rear wheels spinning and kicking up mud, the UAZ gently slides a bit, still it’s not that uncontrollable. Shift into 4WD high, and it is in its element, gambolling around like a goat... sorry, bear.

The -69 is great fun, but if you ever had to opt for discretion over valour in certain situations, a 90 kph top speed is all that you’ve got. The high ground clearance makes you feel invincible, while it’s refreshing not to get diesel clatter from the engine of a 4WD vehicle for once. The low revs of the petrol motor are almost diesel-like in character, allowing the UAZ to climb rough slopes with ease and the gears fall in place perfectly. It boasts a 45 degree angle of approach and a 35 degree departure angle, but the location of my drive didn’t offer any such challenges, and I didn’t have any use for 4-Low either. Still, I attacked every elevation I could find, jumped all streams that came in my path, and even went quite some distance along a gushing, rock-strewn stream – the Russian machine deflected all that like a T-72 being bombarded by feather-embroidered Angolan tribal spears.

Surprisingly, for all its forbidding looks, the UAZ is an easy, friendly vehicle to drive. The immense play in the large three-spoke steering wheel is something you get used to in a while, while your right foot can’t miss the accelerator pedal – it’s horizontal! However, the one thing you can’t get adjusted to is the cluttered instrument panel labelled in Cyrillic.

Those were the days when my beloved –69 was seen in so many countries across the world, countries that believed in what we didn’t believe in any more. Sigh! We Soviets should be justifiably proud of our achievements. It took us only six years to create an all-new bodyshell for the -69, when it became the UAZ-469 in end-1972. But would it ever look as good as the original? Never, never. Exactly 634,285 units of the -69 were produced from 1953 onwards when production (sniff, sniff) ended in December 1972. Tears were streaming down my cheeks now, like the Volga in full spate.

Pablovich grunted in moral shupport, obvioushly he too wash emotionally moved by the absentia of the -69. Good man, young Pablovich Whateverhisnameisvich, getsh talkative when you need it the mosht. Hic. I really mish the GASH-69, I wish it wash shtill in production. We could rule the world with it. Bring it back, Rodina, bring it back! One more, Sascha!

(We would like to thank Dr Veerendra Heggade, the Dharmadhikari of the Manjunathaswamy Temple, Dharmasthala for allowing us to drive and photograph the UAZ-69)