Gautam Singhania, the Chairman and Managing Director of Raymond Limited and Founder Chairman of Super Car Club, has once again proved his mettle at the Ferrari Challenge Europe Championship 2015 at the Paul Ricard circuit in Le Castellet, France. He was placed 2nd in Race 2 and 3rd in Race 1 in the Coppa Shell category and had qualified 2nd in Race 2 and 1st – pole position in Race 1.

In Gautam Singhania’s words “It is yet another proud moment for me to secure a podium finish in Race 1 and Race 2 at the fourth round of the Ferrari Challenge in Le Castellet, France. It has been a great start for me to this prestigious Ferrari event with a double podium finish in Monza and Le Castellet as I look forward to slowly move up the overall standings and have set my sights on The World Finals 2015 in December.” 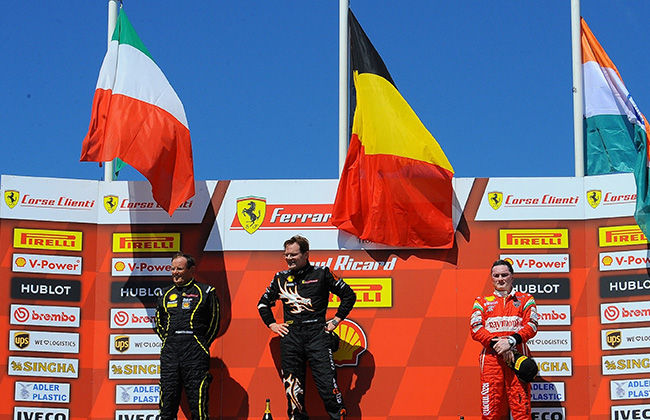