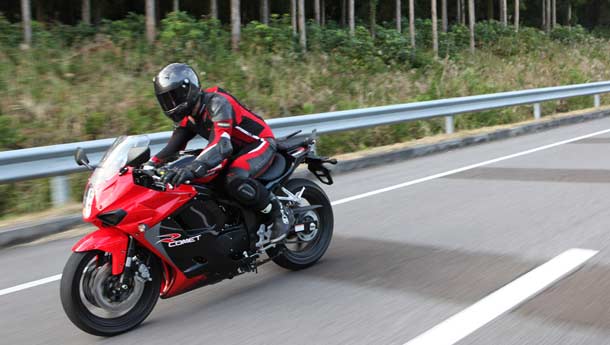 Garware Motors, the wholly-owned subsidiary of Garware Bestretch, will launch a new bike in 250cc category under Korean brand Hyosung in three-four months.

"Garware Motors plans to launch a new bike in the 250cc category in the next three-four months," company sources said.

Garware Motors has three models, ST7 Royale, GT 650R and GT 650N in its product portfolio, which are sold across 16 dealerships pan-India.

Garware Motors has set up a facility at Wai in Maharashtra with a production capacity of 2,000 bikes per year.

"The company is targeting metro and tier-II cities for its proposed GT 250 R offering," they said, adding that two more dealerships will be shortly launched at Guwahati and Aizwal in the north-east in view of rising demand for such bikes.

The company sold 611 bikes in the last financial year, the sources said.

Garware Motors has entered into a partnership with S&T Motors of South Korea, the manufacturers of Hyosung brand.