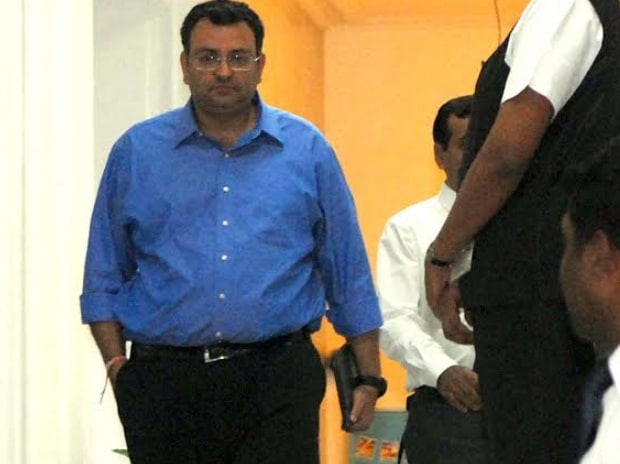 Cyrus Mistry, who had earlier been ousted as the chairman of Tata Sons but remained a director on the board of many group companies, on Monday announced that he was resigning from all listed Tata group companies.

In a statement, Mistry said: "Having deeply reflected on where we are in this movement for cleaning up governance and regaining lost ethical ground, I think it is time to shift gears, up the momentum, and be more incisive in securing the best interests of the Tata Group. Towards this end, the objective of effective reform and the best interests of employees, public shareholders and other stake holders of the Tata Group (the very people I sought to protect as Chairman) would be better served by moving away from the forum of the extraordinary general meetings."

Here is the full text of Cyrus Mistry's statement:


Over the last five decades my family’s steadfast support for the Tata Group has been one of guardianship. We have always ensured that we did the right thing for the right reasons, regardless of the consequences.


It has now been eight weeks, waiting for concrete reasons to be provided by Mr. Ratan Tata for the illegal coup he staged on the 24th of October.  Nothing cogent has been forthcoming.


Having reflected deeply, I think it is time to shift gears, up the momentum, and be more incisive in securing the best interests of the Tata Group.


In order to be more effective, serve the objective of governance reform, and to regain lost ethical ground, I have decided to shift from the forum of the EGMs to a larger platform and also one where the rule of law and equity is upheld.


It is now clear that my attempt to protect and preserve the ethical legacy of our founding father, Jamsetji Tata, was the real cause for my ouster.  The pursuit of good governance and ethical business seem to have caused a serious discomfort in some quarters.


I have been attempting to resolve the governance break-down at Tata Sons for a considerable period of time.


Mr. Ratan Tata and Mr. Noshir Soonawala, Trustees of Tata Trusts, who had retired from Tata Sons after multiple extensions, have refused to give up participation in key decisions involving Tata Sons and the operating companies, including those listed in India and abroad.


This has undermined the Tata Sons Board apart from exposing the Tata Group including the Boards of Directors of various listed companies to serious regulatory consequences.   Such behaviour has adverse implications for the beneficiaries of the Tata Trusts, which are public charitable trusts.


In recent weeks, I have brought to the fore various ethical issues and evidence of governance breakdown in the Tata Group at the hands of certain trustees.


I had raised the issue of recovery of large sums of money due from one Mr. Sivasankaran to Tata Sons in the September 15th Board Meeting, securing approval to litigate.


Within a few days, Tata Sons received a legal notice instead - clearly indicating a leak from Tata Sons.  The history of questionable dealings between the Tata Group and him, is a matter of record since he proudly flaunts his close personal bond with Mr. Ratan Tata.


I had also tabled a forensic report containing findings of fraud and wrong-doing at Air Asia India for discussion at the October 24th Board Meeting. This discussion did not happen.


Under the Interim Chairman Mr. Ratan Tata, a subsequent Board Meeting of Tata Sons was held on November 17th.  With full knowledge of the fraud, further funds were released to Air Asia India.  Yet, no concrete steps, expected of an ethical organisation to fix responsibility for the fraud have been taken till date.


These are but some live examples.  We all are aware of the 2G Spectrum scam and its unfortunate imprint on the reputation of the Tata Group.  Even today, we hear of potential prosecution of those involved from the Tata Group.


Bringing to the fore these ethical issues can have a short-term adverse impact on the Tata Group.  However, I feel strongly that such short-term pain is necessary for the long-term interests of employees, public shareholders and other stakeholders of the Tata Group.  As a large shareholder of Tata Sons and a proud long-term partner, my family will also equally suffer this pain.


The time has to come to take matters to their logical conclusion.  I will work on protecting the interests of the Tata Group and realising the vision of our Founder, Jamsetji Tata, until my last breath.

I THANK YOU FOR ALL YOUR SUPPORT