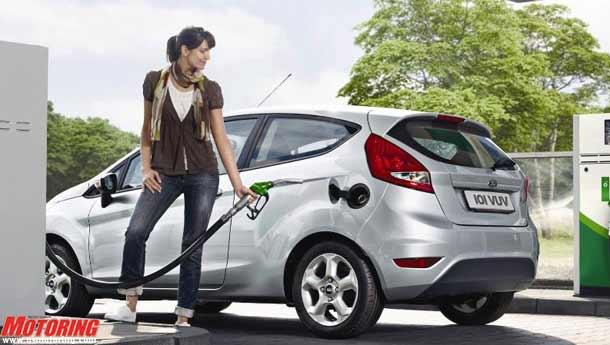 Saving fuel has finally become top priority for carmakers, even the ones in the US of A! About time too, I would say. We Indians are past masters in making fuel stretch for as far as it would go, and the manufacturers who offer us products that help us do just that are the most successful in the country. So it’s not a coincidence that Maruti Suzuki and Hero Honda are the volume leaders in India.

The fuel saving tricks we use are now being seen in European cars with astonishing regularity. It’s like the Westerners discovering the benefits of recycling while we have been doing it all along, and that too, doing it well. The raddi-wallah should be an international institution.

When it comes to vehicles, shutting down the engine at traffic signals was something we used to do naturally. Today, that function is electronically governed and start/stop is seen in cars across price ranges. Many bikers and drivers shut off their engine while coasting. Today, the Audi Q3 has a coasting feature that disengages the clutch. Shifting to a higher gear as early as possible is something our grandparents and parents used to do decades back. Today, automatics try doing just that or manuals come with shift indicators. And how many fleet taxi drivers we have seen who shut down the AC during a long drive. Now that function is governed by the car’s electronic brain.

Okay, so we’ve been there and done that. But we can learn a few more tricks, right? So here are some fuel saving tips from someone who’s an authority on it – at least in the West, because I am sure that Narayanan Menon who got 46.33 km from his Tata Manza QuadraJet would have more relevant ideas for us. https://bsmotoring.com/storypage.php?autono=3636

Anyway, here’s something Skoda sent out in May this year. Gerhard Plattner drove a standard Skoda Fabia GreenLine from Reutte in Austria to Bov in Denmark and back via Germany – a distance of 2,006 km in just one tankful. His average fuel consumption was similar to Menon’s – 45.45 kpl. So here are Plattner’s tips on saving fuel. Not all of it is relevant to us, but it’s important you take a look if you’re interested in saving fuel:

1. Don’t let the engine warm up while the car is stationary. Even in the coldest winter, you can begin driving modern cars right after the start of the engine. If you don’t run up the engine to its maximum speed, you will lower both environmental pollution as well as the consumption of your vehicle. Putting on your seatbelt before starting the engine will also save you fuel.

2. Drive with foresight. Any person approaching red traffic lights without slowing down, then abruptly hitting the brakes, and continuing on at full throttle once the light turns green can be seen at gas stations more frequently than a driver choosing a speed that corresponds to the traffic situation.

3. Turn off the engine even for short stops. Turning off the engine while waiting before a closed railroad crossing or even during short stops not only protects the environment, but your wallet as well. In some cities, additional traffic lights inform drivers how long the red phase will continue to last. The fear of wearing out the starter due to frequent starts is unfounded – it is designed for several tens of thousands of start ups.

4. Avoid driving at high rpm. The lower the engine speed, the lower the fuel consumption as well. Once you’ve set the car in motion, quickly shift into higher gears until have you reached the desired speed. Coasting in the highest gear not only lowers the noise level and the emission of pollutants, but the fuel costs as well.

5. Drive at an even speed. Unnecessary acceleration costs a lot of fuel. The most convenient way of driving is with the cruise control set. The disadvantage is that – contrary to you – it cannot think. The following tip explains what that means for the fuel consumption of your car.

6. Adjust your way of driving to the terrain. If you are driving on a hilly road, you should already ensure, as you go downhill, that your car reaches a speed that allows for the climb to begin with as much momentum as possible. In that case, the engine has to work less and runs more economically.

7. Pay attention to the proper tyre pressure. Low tyre pressure leads to the kneading of tires. Not only does that reduce their service life, it also increases fuel consumption by up to ten per cent. Due to their higher rolling friction, winter tyres with a coarse tread automatically cause higher fuel consumption.

8. Do not carry any unnecessary dead weight with you. If you drive around with unnecessary load in your trunk, you’re wasting money. Depending on the vehicle, 100 kilograms of additional weight “cost” about 0.7 litres per 100 kilometres.

9. Avoid any unnecessary drag. Although a wheel or ski carrier on the roof of the car shows off your sporting attitude, it is a useless waster of fuel if it is not used. If you mount a luggage box on the roof in order to go on vacation, the fuel consumption may increase by up to twenty per cent, depending on the speed you're driving.