From Honda to Tata, carmakers steer new models away from taxi segment 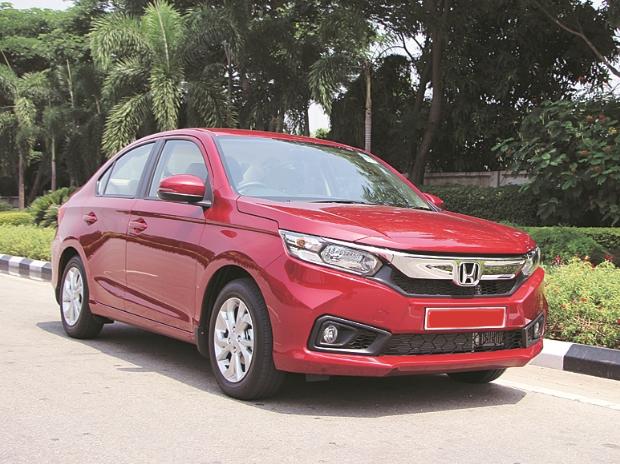 The new Amaze was launched on May 16.

Rajesh Goel, senior vice-president and director (sales & marketing) at Honda Cars India, wants to keep the new Amaze away from buyers in the taxi- and fleet-segments.

In a similar way, Tata Motors has discouraged sales of the two latest cars — the Tigor and Tiago — to the taxi segment. Carmakers have turned cautious and no longer want to drive personal-segment buyers away from a product in their pursuit of commercial sales.


“This is a beautiful, new model. I would like to keep selling this to personal buyers. I don’t intend to sell to fleet owners to begin with,” said Goel.


The new Amaze was launched on May 16. The outgoing Amaze had catered for taxi- and fleet-segment buyers and that in some way also affected personal-use buyers’ preference for it.


Tata Motors, which once thrived on the taxi demand for cars like the Indica and Indigo, has not allowed any of its recent launches — the Tiago hatchback (launched in 2016) and the Tigor compact sedan (launched in 2017) — for commercial use.


It encourages sales of the Zest and Bolt to commercial-use buyers. While there is no rule to stop a buyer from putting a car to commercial use, manufacturers prefer to discourage sales of select models to them.


The top two carmakers in the country — Maruti Suzuki and Hyundai — have put in place a strategy of distinct badging for some car models. The same car brand can go to the taxi segment but as a differentiated product to keep intact the interests of personal-use buyers.


A new brand, the Prime, has been created as the mother brand for the taxi segment and aggregators at Hyundai. The Xcent sedan and Grandi10 hatchback now have a Prime variant only for commercial use. When Maruti Suzuki launched the new Dzire sedan in May last year, it decided to retain the outgoing model for sale to the taxi segment.


Toyota’s India subsidiary was the first player to have this badging differentiation in 2016, when it retained the old look Etios sedan for the taxi segment and brought in a new look Platinum Etios for individual buyers in 2016.


N Raja, deputy managing director at Toyota Kirloskar Motor, said its latest product, the Yaris sedan, was not ideal for the taxi and cab businesses because operators looked at value for money in a taxi car.


“This sedan may go into the leasing segment”. He said the demand from the taxi segment declined in 2017.


“Cab operators made efforts to stop cash burn and brought down incentives. Therefore, the demand slowed last year. We see some increase this year,” said Raja.


German carmaker Volkswagen also discourages sales of all its products to the taxi/cab segment buyers.


However, it is a different story when it comes to electric cars. Mahindra Electric has bet big on demand from cab aggregators such as Ola and Uber. It has partnered both these companies to drive sales of electric cars because sales among personal buyers remain muted.