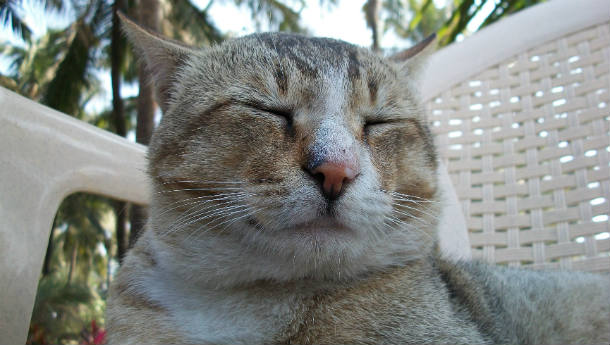 So, there's been some truly unreasonable anti-social activity happening up here (or down there, depends on how you look at it) in South Mumbai. A rally against something or the other was disrupted by an unhappy bunch who decided to damage everything in sight. To protest the damage done to city's administration and the media folk, the local favourite political outfit announced a rally to be held 'up here' scheduled for, well, today.

As a result, my commute from Thane (a fast growing district-city outside of Mumbai) to Worli (a real-estate favourite post mill-shutdowns), a fantastic 38 km ride was reduced to an extensively infuriating experience. I'm all for retaliation and protest – it's a sign of an aware social structure – but when protest takes the form of blind rule-breaking, it's a bit unwelcome. Yes, the 'blind rule-breaking' that has called for this protest is entirely unforgivable, but by creating a free-for-all 'indulge in your animal instincts' session, you're not really making an impression, just making space for more angst in the already unhappy people of the city.

But because we have the freedom of choice, the road was brimming with over-occupied Force Cruisers and Mahindra Bolero Xls, Tempo Travellers and State Transport buses, clad in the political party's livery, occupying lanes directly disproportionate to their respective top speeds ('it's the freedom of lane selection, yaar!') and being indifferent when non-participants flashed their headlights in, well, protest. Clad in riding kit from head to toe, I was the sweetheart of the many heads that popped out from the windows of these crammed vehicles, who cheered me on without any apparent aim except for hoping, presumably, I'd snick my 5-speed gearbox equipped bike into 6th and pull a wheelie, or crash into something.

On entering city limits, the on-road situation was worse. I couldn't avoid honking at a mindlessly parked Tata Spacio full of, of course, politically-active protesters at a bottle-neck junction and the favour was returned by booing ranging from 'demeaning' to 'threatening'. Growing up in Bombay (as it was called when I was born, so boo to everyone who takes offence) makes you 'used to' this sort of behaviour, especially from the politically inclined, so it's best to simply ride off having made your middle finger clearly apparent, which is exactly what I did.

Soon after, at Elphinstone junction, an important intersection leading to the commercial corridors of the city, two helmet-less motorcyclists on a Splendor with a massive flagpole of the powerful political outfit attached to the front fork (about ten feet long) jumped a signal I'd been waiting at for over 80 seconds, right under the nose of the 'heavy police presence'. The rider can be forgiven for having not noticed the signal, of course, given that he was in the middle of an important conversation on his cell phone.

Oh, and the picture of that cat has been used simply because it's irrelevant and, in a way, funny.