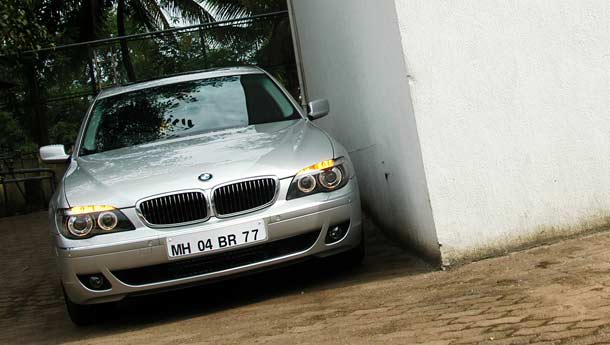 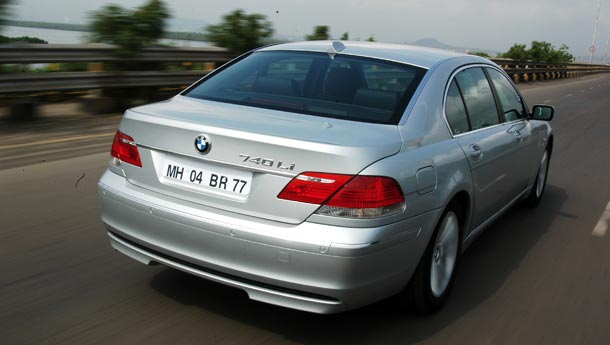 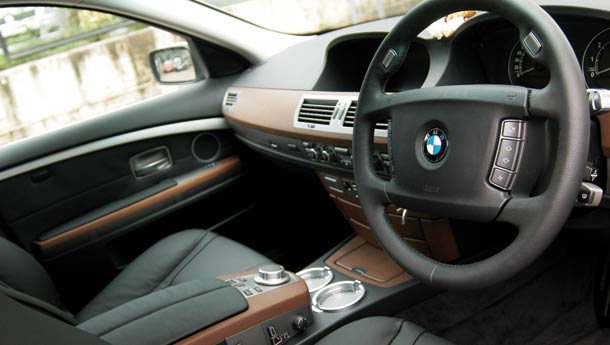 This, the fourth generation BMW 7 Series, has been the most popular one ever. This is surprising, because ever since its launch in 2001, this top-of-the-line Beemer has attracted more brickbats than bouquets. Several reasons exist. One, the Chris Bangle-devised looks did not go down well with everybody. It was overtly fluid... and hey, which idiot left that boot lid open? Exactly. Then, BMW incorporated the iDrive system for the first time in this car. The iDrive manual was thicker than the car owner’s manual, and navigating through it was more difficult than what Magellan managed in the 16th century.

Still, it did not go unnoticed by BMW’s arch rivals, Mercedes-Benz and Audi. Because the new-look Beemers became a talking point and attracted a younger generation who weren’t afraid to be seen in non-traditional looking cars. And the iDrive system was a genuine solution to the mind-numbing options these luxury cars come with. Learning from BMW’s experience, both the other German car makers introduced younger looking cars with prominent design features and iDrive-like systems that were more intuitive. Cue the new S-Class and the Audi A8. Which is where this facelifted 7 Series comes in.

Last January, BMW gave their luxury model a minor revamp. They subtly softened the headlamps, bumpers, the kidney grille, the taillamps, and yes, the boot lid too. The iDrive system’s complexity was given a heave-ho by introducing a user-friendly interface and better menu guidance. More importantly, they also introduced a slew of new engine options. We hadn’t driven this revised 7er yet. And here’s where I come in.

In front of me is a spanking new silver 740Li, preening with self confidence, the way all Beemers do (Mercs are subtly arrogant, while Audis are carefully understated). No matter what people think about the new wave of avant garde BMWs, they simply cannot ignore them. These Beemers have presence in tonnes and I swear they turn more heads than any sedan wearing the three-pointed star or four-rings. And what makes this a bit more special is that this is a rather long car – it’s the long wheelbase version, you see.   BMW has also upped the game in terms of introducing novel features in the car. The entire dash is quite smashing to look at (though I would opt for aluminium bits instead of wood trim), and they say that they have made the layout more ergonomic. But I still think that there are too many buttons to play around with. Except for one – the irresistible Start/Stop button.

The 4000cc V8 comes alive with a muted growl that promises fine things to come. This V8 is one of a bunch of new petrol and diesel engines that BMW has introduced across its entire 7 Series lineup. Developing 306 bhp at 6300 revs and over 40 kgm at 3500 revs, the V8 breathes freely through a fully variable valve control system that makes sure the 32 valves do their duty well. BMW is also justifiably proud of their new engines, claiming that they are finely balanced, so that no vibrations intrude into your driving pleasure.

The power is transferred to the rear wheels via a six-speed automatic gearbox. People, the traditional method of shifting gears has gone. There’s no conventionally placed gear lever in this car. Instead there’s a stubby lever to the right of the steering wheel. Initially, it may seem weird, but since it’s an automatic, with a button-shift manual override function, there’s no problem.

The 740Li’s V8 is quite relaxed and sedate with a light right foot, and behaves itself in traffic conditions. The accelerator pedal is quite responsive, and you can modulate your inputs well if you just take a little effort in understanding it. I sight a clear stretch of road and give the pedal the stick. The power delivery is controlled and smooth, befitting a large luxury sedan such as this. It does not have that sudden surge that makes you say Whoa! Down, boy down – in fact I was disappointed that it did not have that whoosh you would expect from a big eight-cylinder engine. It is so unlike the 333 bhp V8 in the 645Ci coupe that I drove a while ago, which was more aggressive in its behaviour, wanting to break free from any speed restrictions. Still, that does not mean this engine is a slouch. It accelerates in such a silky-smooth linear fashion that you won’t notice that you’re actually doing an illegal 160 kph on public roads. BMW claims that the 740Li can accelerate to 100 kph in just 6 seconds, while its top speed is restricted to 250 kph.   The makers of the ultimate driving machine have made an attempt to make even a long, luxury sedan like this drive like one of their smaller models. And they have succeeded to an extent. It’s just that this car is so long that you can actually sense the rear end furiously keeping up with the front end at sharp curves. But it’s perceptibly better handling than the last-gen long wheelbase S-Class, which feels heavier and flabby compared to this Beemer. We’ll have to wait for the brand new one to make a proper comparison and see if Mercedes has come close to BMW territory in making you feel one with the car.

But where the Mercedes wins is in ride quality. The 7er’s double-joint spring strut front axle with aluminium track control arms and an aluminium multi-link axle at the rear, with anti-roll bars at both ends are no match for the way the S-Class wafts. On good roads, the BMW is brilliant and you really enjoy the sensation of piloting it, but on bad roads, the poor thing is quite twitchy – the car hates them. Though self-levelling comes as standard, it is still not enough for our conditions. A manually operated ride height control would be more in tune with our roads. Real bad roads also affect the otherwise brilliant steering of the Beemer.

BMW’s Active Steering is standard on this car, and it essentially is much more intuitive and responsive to the kind of speeds you are doing. You can actually sense it tighten at higher speeds and your inputs somehow seem to be just right for the car – no matter how bad your driving is, the car seems to do the thinking for you. Conversely, at low speeds, the steering lightens up so that you can squeeze your car between others at Nariman Point or Connaught Place easily. However, bad roads make life miserable for the steering and it suddenly doesn’t know what to do – I think it mixes up signals, if it gets signals, that is.
Oh, but you won’t notice this much, as in this car you’d rather be at the rear seat. Heck, rear passengers get their own iDrive system, individual climate control systems, an LCD panel mounted between the front two seats and bottle coolers and a whole lotta luxury stuff. Plus, there’s an enormous amount of legroom. The 740Li comes seriously loaded and you can customise your 7er based on your needs. Damages? Around Rs 70 lakh or more, depending on options taken. If not, a brand new car from Stuttgart is around the corner.