Fortuner, Innova save Toyota the blushes 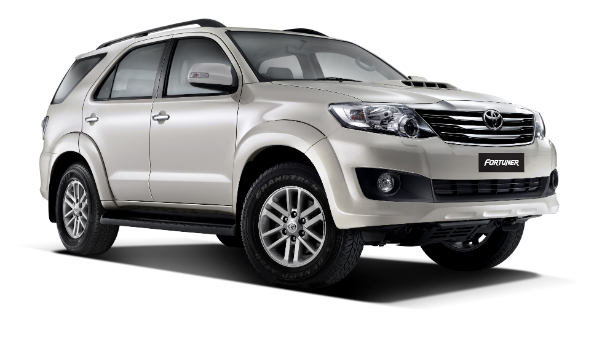 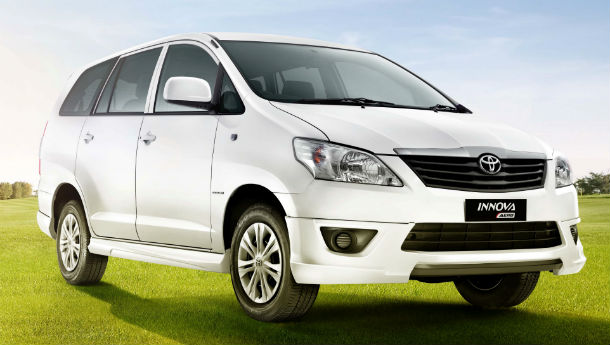 Toyota knocked out Tata Motors from the fourth slot in monthly sales of passenger cars in February 2013, but hardly anybody at Toyota Kirloskar is celebrating. That's because the company's overall sales volume declined by 23 per cent compared to the same month last year.

There are two reasons why Toyota still managed to move a notch higher in the sales league table: 1) Tata Motors' cars saw a steep 70 per cent decline in sales and 2) the continuing robust demand for its multi-utility vehicle (MUV) Innova and sports utility vehicle (SUV) Fortuner. Sales of the two brands grew 35 and 43 per cent respectively for the April to February period of 2012-13, according to figures provided by the Society of Indian Automobile Manufacturers (SIAM).

Toyota sold 68,640 Innovas and 14,507 Fortuners, which is more than half the total 146,052 vehicles sold in this period. These two products, which are now made in India at the company's plant near Bangalore, have helped Toyota partially cover the fall in sales for its sedans and hatchbacks such as Corolla, Etios and Liva. That's something Tata Motors' utility vehicles such as Aria and Safari were not able to achieve.

"Auto demand in India has shifted from sedan to SUVs," says Wilfried Aulbur, managing partner at German strategic consulting firm Roland Berger. "Success in this market requires strong distribution network besides right products at right prices. This is applicable to the success of Toyota too," he says.

Brand experts say when Toyota launched Qualis in India, it was an outdated model with awkward design and people thought it would not do well. But it actually did well because of high quality, which meant lesser number of breakdowns and better customer experience in terms of ease and cost of service. That made fleet operators chose Qualis over the popular products of Tata Motors, Mahindra & Mahindra and Force Motors. This foundation helped when Toyota launched Innova, which was used both as personal vehicles and taxis. With Fortuner, Toyota again offered a powerful diesel engine with decent fuel efficiency.

This brand equity is something Tata Motors failed to communicate. Deepesh Rathore, managing director for global management consulting firm IHS Automotive in India, says "For Toyota, it is easy to say that I want to sell a luxury SUV, but for Tata it's not the case. There have been very few takers for Aria at a high price point."

Toyota developed these two models under the "Innovative Multipurpose Vehicles" (IMV) project to ensure the company's global leadership position. After successfully replicating Toyota Production System (TPS) of Japan (known for its obsession with quality and just in time delivery) in the US, the company increased its manufacturing focus in emerging markets to outprice low-cost Korean competitors. The focus of the IMV was on developing products for these markets with local sourcing of components instead of the existing practice of adapting successful global products.

The project initiated in 1999 involved five different models with three body styles (pick up, MPV and SUV) and four main production facilities in three continents. Under this programme a common IMV platform was developed for Hilux (pick up), Innova (MPV) and Fortuner (SUV). But the Fortuner, being an SUV, had a variation at the rear end with coil spring suspension to provide a more comfortable ride. Innova was first produced in Indonesia in 2003 and it came to India in 2005 to replace Qualis. Fortuner was first produced in Thailand in 2005 and it was launched in India in 2009.

Post the hike in excise duty on SUVs to 30 per cent from 27 per cent, Toyota's Innova is available in Delhi at an ex-showroom price starting at Rs 9.7 lakh and Fortuner at Rs 22.01 lakh with diesel engines. Majority contribution from these two products also means that Toyota's revenue share in passenger car market would be a couple of notches higher than its nearest competition.

On the other hand, Tata Motors which entered the passenger car segment in 1991 with the launch of Tata Sierra, an MUV, launched the Aria in 2010, but the result has been patchy. In the April to February period, sales volume for the Aria and pick-up Xenon (SIAM reports the combined volume of these two products) fell by 75 per cent to 906. The sales of Safari and Sumo Grande - the other two premium refreshed offerings of the company priced below Aria - also fell 27 per cent to 12,446 in the 11 month period.

"Tata Motors has not been able to bring successful new products against competition which has huge global research and development budget," says Umesh Karne, analyst with domestic brokerage Brics Securities. The next all-new products from Tata Motors is not expected before 2015.

A Tata Motors spokesperson, however, hints at much better days ahead. "The company's capital expenditure will be about Rs 3000 crore annually in the coming years. More than half of it is towards passenger vehicles with thrust on new products, variants, improvements, innovations and technologies," he says.