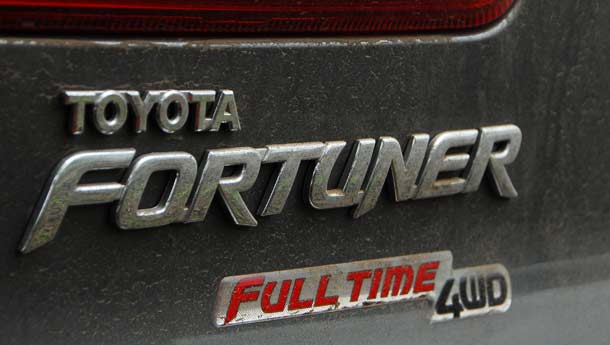 Toyota's much awaited Fortuner has reaped its benefits within a week of its launch. Sources say that the company has achieved 3100 bookings already - above the 2500 deliveries targetted for the first year. Dealers are already talking about deliveries as early as late-November-early-December in Mumbai while those in some other cities are not willing to deliver until January.

Toyota had earlier planned to get its SUV to India in January 2008, but constant delays meant it wasn't until August this year that it finally went on sale. The hype around the product that has built up over the last four years has meant customers who were willing to wait for this long finally took the plunge, and the number of such customers was so large that Toyota Kirloskar has been overwhelmed.

With this result, Toyota's plans to capture a 50 per cent share of the premium SUV market seem to be on target. Rival Ford, whose facelifted Endeavour is expected to be launched in the coming days will now find it an uphill task to move its new offering, or could benefit as customers find the long wait for a Fortuner frustrating.

Meanwhile, Toyota dealers are willing to offer customers an opportunity to break the queue by paying a premium. While no dealer came on record to confirm that, potential customers have reported that such sweetners are available at a 'price'.