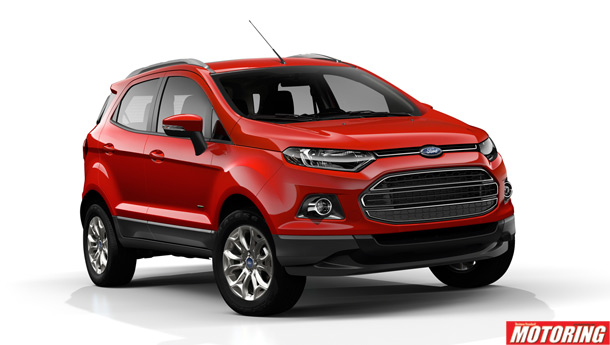 US automobile giant Ford is expected to launch EcoSport in both diesel and petrol variants in India.

The product, which according to Ford will be a growth pad for the company in compact Sports Utility Vehicle (SUV) segment in India. It will also be exported from Chennai .

The new product is expected to be rolled out first quarter of 2013.

Michael Boneham, President & Managing Director, Ford India said, "we are not present in certain growth segments in India, the compact SUV will be our growth pad in India and we would like to see atleast 80% localisation".

Besides catering to the domestic market, the facility here will also manufacture the product for the regional markets, said Boneham, while refusing to comment on markets the company is looking at.

The company today also announced the completion of its diesel engine facility expansion plan. Last year the company had announced a $72-million (about Rs 400 crore) investment plan for its Maramallai Nagar facility, near Chennai.

With the expansion executed, the company's annual engine capacity would be 3.40 lakh units a year.

Michael Boneham, President & Managing Director, Ford India said that in the last six months the company was constrained by availability of diesel engines. With the inauguration of expanded power train the company will be able to integrate and launch Titanium Classic.

The company commenced engine facility at Maramalai Nagar in 2008 with one variant, today it manufactures 17 variants and can manufacture both diesel and petrol variants in a single line.