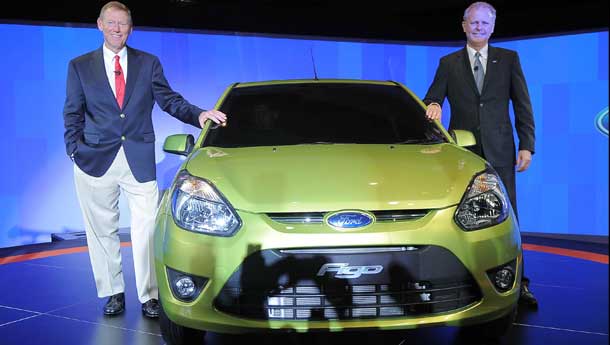 Ford Motor Co posted a $2.1 billion first-quarter profit that exceeded Wall Street forecasts as North American production and sales picked up, and it raised its 2010 outlook to “solidly profitable.”

Ford also raised its second-quarter North American production plan and its 2010 outlook for its Ford Motor Credit financing arm. It expects Ford Credit’s profit to be about the same as in 2009, up from an earlier forecast of a profit decline.

Shares slipped 1 per cent in premarket trading after touching five-year highs on Monday.

Chief Financial Officer Lewis Booth said the results, which included operating profits at all of its automotive units, were encouraging.

Excluding one-time items, earnings were 46 cents per share. On that basis, analysts on average expected profit of 31 cents.

It was the fourth consecutive quarterly profit for Ford, which also reported a full-year 2009 profit, snapping a streak of annual losses totaling $30 billion from 2006 through 2008.

Ford reported its Swedish brand Volvo’s results as special items in the first quarter following its announcement of a definitive agreement to sell the unit to China’s Geely. Volvo also was profitable in the quarter.