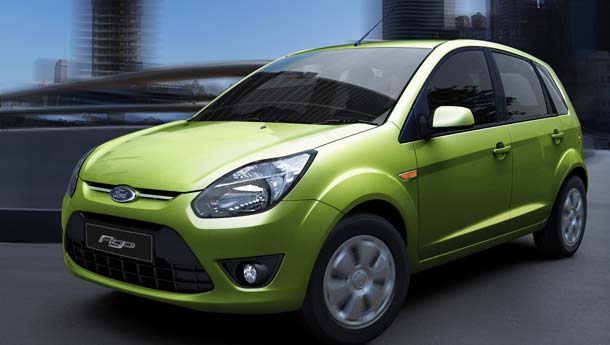 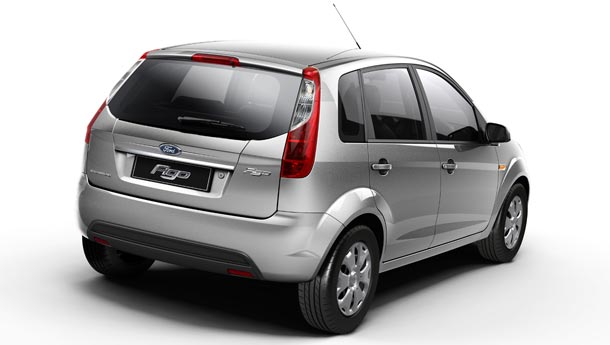 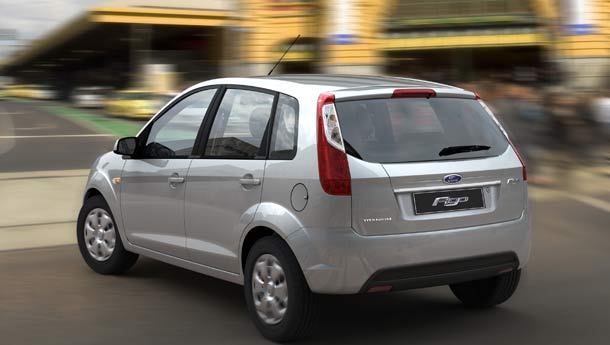 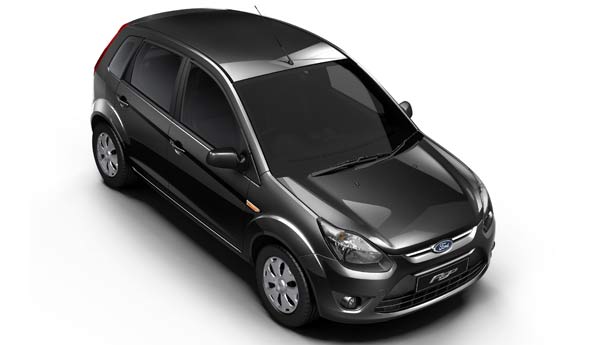 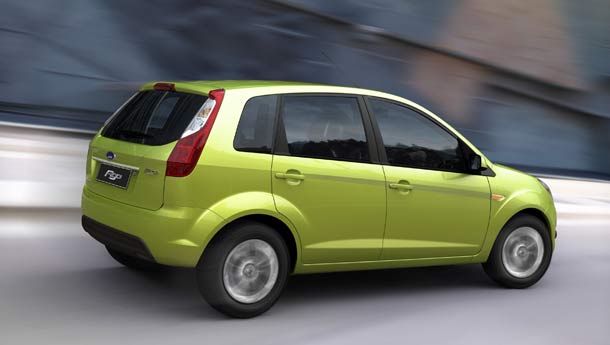 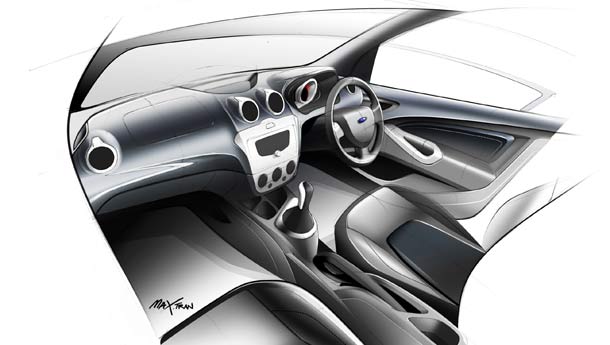 Years of speculation, names and even the possibility of the entry being an international model, Ford have finally revealed their 'for India' designed small car at the hands of Alan Mullaly, Ford's Global head, here in New Delhi today.

Called the Figo, the new small car gets its name from the Italian word for "cool". Featuring Kinetic design elements, the car has a small front grille and a large air-dam, seen also on the current generation Fiesta hatchback sold in Europe. The large swept back headlamps, recessed fog lamps and the cleverly integrateed indicators are all hallmarks of a typical Kinetic design new generation Ford. The eye-catcher that runs from the indicator to the tail is angular, rather than a straight line, to reduce any visual heaviness that the car might have otherwise created.

The tail lamps may look pinched from the Fusion, yet the tail gate is all-new. The large wheel arches too hint at the Fusion. The reason why you also see elements from now what are previous generation models is because Ford has based this car on a previous generation Fiesta, that also underpins the Fusion and Fiesta saloon sold in India. It's one of the reasons why Ford, despite a US$ 500 million investment went for a tried and tested platform, and altered it to suit Indian conditions.

No detailed pictures of the interior are available yet, but we hazard that it will be based on the Fiesta saloon sold here. Engines are expected to be a 1.2-litre DOHC, aluminium alloy petrol engine called the Sigma, with about 70 bhp of peak power and around 10 kgm of peak torque. Based on the Duratec engine family that powers the Fiesta, this engine stays within the excise duty benefit range, just like the diesel engine.

This engine is the tried and tested 1.4 Duratorq found on the Fusion, Fiesta and Ikon with about 16 kgm of peak torque and 68 bhp of peak power. Both engines are said to be Euro-IV ready and have been homologated with the car for India. Which also brings us to its competition. Despite its dimensions that seem like a Volkswagen Polo, Ford wants to price it extremely competitively and take on the likes of Hyundai's i10, Suzuki Ritz and Swift.