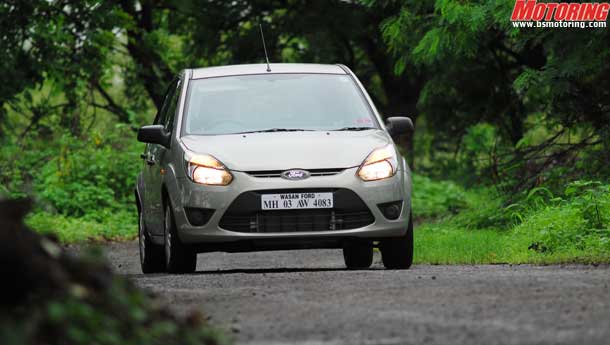 India is set to become the small car hub for the world’s second largest auto maker, Ford Motor Company, as it is slated to launch more compact cars here by 2015.

“India is the first market where we have made an impact in the small car segment, with Figo. Almost 70 per cent of the overall car sales in India happen in the compact segment and to build our presence here, we would launch more products in the category in future,” said Michael Boneham, president and managing director, Ford India. The Figo sold around 80,000 units since its launch in India last March.

A significant number of the eight new models Ford has scheduled for launch in the domestic market over the next four years would come in this segment, he said. The first of these would be an upgraded version of the Fiesta sedan, which will hit the Indian roads this year.

Boneham declined to share details about other products but said the small cars introduced in the Indian market would also be considered for exports to other regions.

“We export the Figo only from our facility in Chennai. There are no plans to assemble the car elsewhere in the world,” he said. A similar strategy would be adopted for future compact cars, depending on the demand in markets overseas and the economies of scale involved in exporting cars from India.

The Figo is, at present, exported to 50 countries in South Africa and to Nepal. Ford has firmed up plans to export the car to Mexico and other nations in North Africa, the Caribbean and West Asia, as part of plans to make India a global small car hub. The first shipment of 1,500 units of Figo will set sail for Mexico in two weeks.

Ford India exported 12,000 units of the car and another 1,200 units of Fiesta in 2010. The numbers are expected to scale up this year on back of expansion into new exports markets. Boneham said the company would, however, continue to focus on sales in the domestic market. "In January we sold 10,000 units for the first time, making us the fourth largest in India after Maruti Suzuki, Hyundai and Tata Motors. We intend to build on that,” he said.

To balance demand from both domestic and export markets, he said Ford can enhance output at its Chennai plant. "Currently, we produce 2,800 units per week in a double shift. If need be, we can do a third shift. But, as of now, we have not taken any decision,” he said.

Ford has invested $500 million at its Chennai facility, to double production capacity to two lakh units annually and to build a new engine, with a capacity of 2.5 lakh units per year. Ford’s Thailand unit sources engines from India and the company is looking to "further opportunities" elsewhere.