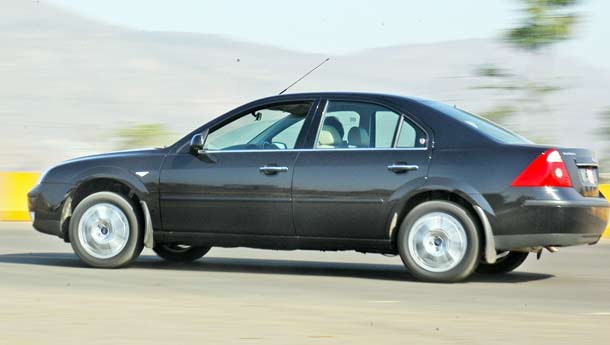 Trust me. Ford don’t do their homework, and this is not entirely a negative statement. They didn’t do it with the Escort, the Mondeo and the Fusion in India, but somehow got their act together when it came to the Ikon and the Endeavour. Look around the world and you will notice that Ford is a huge car company that is busy playing hit and miss. In the US, the new Mustang is a hit while the equally retro Thunderbird is already history. In Europe, the new Focus is doing fine, while Ford-owned Jaguar is trying desperately to get back into the black. Here is a car company that does a lot of things – they build some excellent new cars, a large number of pick-up trucks, some abysmally inconsequential retromobiles and stunning supercars. Essentially, while they are busy doing a lot of things, they get some acts correct and some wrong. You get the point, right?

One  such mistake was the Mondeo for India. A small one, you can say. It’s a great car, but not built for this continent. The quintessential repmobile from Europe was supposed to play the lead role opposite the Hyundai Sonata in a D-grade Bollywood thriller. Alas, it was a no-contest. The revamped Korean stole the march over the Mondeo and the last generation Honda Accord (again, someone didn’t do their homework). Still, we motoring journalists loved the Mondeo and we still do – it even beat a Mercedes-Benz in a BSM comparison test, mind you. The problem area, which the prospective buyer identified brilliantly, was the fact that the fully loaded, USS Enterprise equivalent of the Mondeo was way too expensive. It had the looks, performance and even a diesel option, but had the wrong price tag. Adding to the woes was terrible word-of-mouth that suggested niggling electrical faults and bad ground clearance. The end result was a car that shed close to Rs five lakh the moment it rolled out of the showroom and into the hands of a customer.

The new car, however, is the result of Ford India going back to school. When it was time to bring on the facelifted Mondeo to a more evolved Indian D-segment, they started with the price-tag and worked backwards. So, at just about Rs 15 lakh, the new Mondeo matches the price of the current Accord.

To make this happen, Ford India threw the xenon headlights, powered seats and the complicated music system out.

In came cheaper  yet  bright headlamp fixtures, mostly manual seats and a music system that ‘works’. The Mondeo looked quite futuristic when it was launched and it has aged rather well. The new chrome bits and new alloy wheels make it a tad more ‘happening’ than the older model though. And before I forget, it looks smashing in black.

What Ford didn’t have to tamper with was the handling of the Mondeo. Sharp readers would remember that the Mondeo was developed alongside a Jaguar – the X-Type – and that meant a great deal of athleticism woven into its DNA. A slightly tweaked engine has given it better top-end performance, and mated to that brilliant five-speed manual tranny, the Mondeo becomes a great car to drive. The four-cylinder motor displaces only 2000cc, but produces 143 bhp at about 6000 rpm and 18.9 kgm of turning force at 4500 rpm. Thanks to spirited gearing, you never feel that you are shortchanged for cubic capacity. Enthusiastic acceleration comes naturally to the Mondeo and we found it difficult not to spin wheels as the Mondeo sprinted to 60 kph in 4.1 seconds and touched the 100 kph mark in 8.5 seconds. We were testing a brand new machine and I am certain those figures can be improved with a slightly older car and better launch technique. It will easily cruise at 150 kph and is best experienced as an intercity shuttle. A very fast one. And yes, it is the best handling front-wheel drive car in the Indian market today. Period. We didn’t doubt its ability to go around corners but we still subjected it to a PET (Performance Evaluation Track) test only to relish its ,ability to cope with quick  direction changes and the overall driving involvement on offer.

Where the Mondeo lacks is in the ride department – not because the ride on offer is bad, but because the game has moved on. The Camry and the Accord offer a decent ride, even over rough terrain, while the Mondeo will certainly let you know what lies beneath in such conditions. And if you are not careful about speedbreakers, you will end up spending a pot of money at the authorised service centre – so remember to crab every time you encounter one. Going back to the dynamics, the Mondeo has extremely good brakes (those 16-inch wheels hide a 300 mm front disc, up front) that retard the car in a most progressive and sure-footed manner.

The Mondeo interior has been touched up too, yet the core facets are intact. You will certainly love the touch and feel of metal inserts – especially brushed aluminium bits and bezels. The Ghia clock is not out of place on the revamped centre console. I personally don’t like touch-sensitive switchgear, but it worked rather well in the test car. The steering column mounted ‘protuberance’ that helps you fiddle around with the volume continues to be an almost organic eyesore while being extremely efficient. Great front seats, reasonably roomy rear seat (but the Accord and Camry are better) emphasises the fact that this car was built around the driver.

So there, a good looking European sedan with brilliant dynamics, a stonking powertrain and the right price tag. This car deserves a test-drive from you if you are in the market for a D-segmenter – even more so if you don’t mind poor residuals. Didn’t someone say homework improves the breed? Maybe that was me.