Faced with tough competition from Maruti Suzuki’s Brezza, Ford India has upped the ante and plans to spend over Rs 200 crore on a multi-media brand campaign to woo customers and strengthen its position in the domestic market. 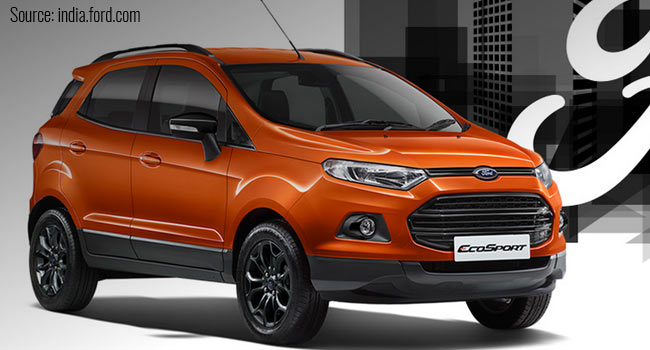 Ford, which has also witnessed sluggish demand for its hatchback Figo and compact sedan Figo Aspire, is seeking to highlight its after-sales and service quality and customer friendly steps through the campaign. It is learnt that the campaign will be handed by Global Team Ford, a unit of WPP.

The new campaign will encompass the entire gamut of Ford portfolio of products and services. It will also align with Ford's vision of 'Go Further'."

Ford India had recently slashed the price of its compact SUV EcoSport by up to Rs 1.12 lakh, in order to compete with the likes of Maruti Suzuki's Vitara Brezza. While the latter leaped to the second position in utility vehicle sales in April with 7,832 units, EcoSport could not make it to the list of top five models. It stood fifth with 3,911 unit sales in same period of the previous year.

Similarly, sales of hatchback Figo and compact sedan Figo Aspire remained sluggish in the domestic market with a total of 2,211 units sold in April.

Under a new initiative, Ford has introduced a host of measures at its dealerships and service touch points to support on-ground delivery and to strengthen relationships with the customers. To offer better services to its customers, the company has also introduced a service price calculator on its website.

"The price promise allows customers to know the cost of periodic maintenance even before booking the service at a Ford dealership. It enables customers to carry a print out of the calculated web quote, ensuring complete trust and transparency in their service experience at any Ford dealership," said a company spokesperson.

Customers can also check the price of parts at Ford India website. The company is focusing on ensuring availability of its parts through a network of authorised parts distributors across the country, covering Tamil Nadu, Kerala, Delhi, Hyderabad, Telangana, Karnataka, among others.

"In the next phase, the expansion will see retail distribution getting launched in Gujarat, West Bengal, Rajasthan," the spokesperson said.