Ford India to clear backlog of up to 7,000 units by end-July 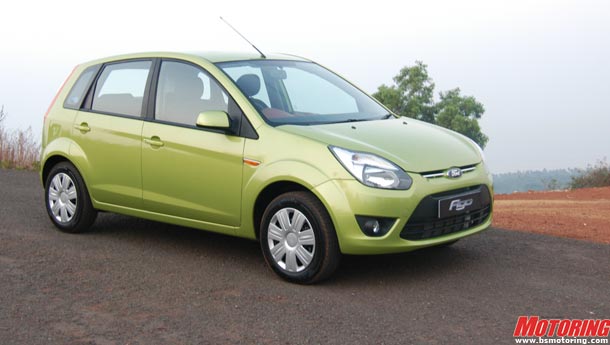 Car-maker Ford India expects to clear a backlog of about 6,000-7,000 units of its small car Figo by this month-end following an enhanced production at its Chennai plant, a top company official said.

The company had received a total booking of 25,000 units since the launch of the small car in March 2010.

"Presently, we have a backlog of about 6,000-7,000 units of Figo. We hope to deliver these by end-July," Ford India President and Managing Director, Michael Boneham, told PTI here.

The company has started a second shift at its Maraimalainagar plant in Chennai from last month to cater to the overwhelming demand for its Figo.

"We have increased our Chennai facility's production capacity from one lakh units to 1.40 lakh units per annum with the addition of the second shift. We are confident of catering to demand for the Figo," Boneham said.

The Chennai facility could manufacture up to two lakh units in three shifts per annum, he said.

When asked for how long the company would maintain the price of the Figo in the backdrop of rising input costs, Boneham said, "Yes, we are under pressure, but we will continue to keep the same price."


The company had launched its much anticipated global small car Figo at Rs 3.5-4.48 lakh in March to take on the likes of Maruti Swift, Hyundai i20 and Polo from Volkswagen.

The company has already started exporting Figo to South Africa.

"Figo's success has exceeded expectation in terms of sales and target markets. Our debut compact car offering is being very well received by a wide-range of customers in India," he said, adding "Figo will help us to increase our marketshare in the coming days."

Boneham said the company's Figo has helped drive growth in Tier I, II and III destinations.

"Fifty per cent of our Figo sales comes from Tier I cities and the remaining from Tier II and Tier III cities," Boneham added.