Ford Fusion - Back in Fusion 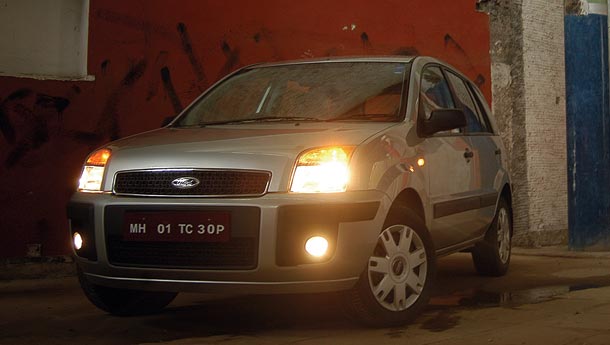 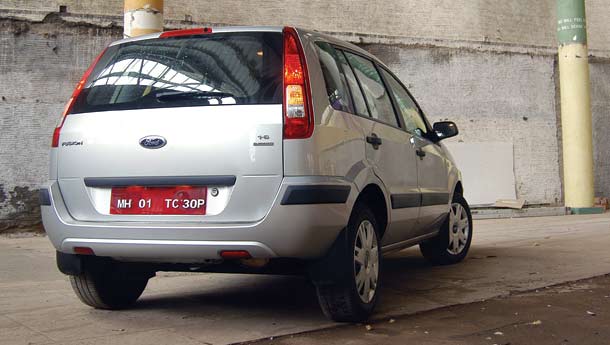 A perky 100 bhp 16-valver. An enthusiastically shifting gearbox. Proven underpinnings of the best-selling European Fiesta. All make the Ford Fusion quite a fun car to drive. With large 15-inch wheels at the corners and a chassis honed at one of the best small car engineering set-ups in the world, I swear that you wouldn’t leave any corner in your daily commute untouched. Straightening corners comes naturally to the Fusion, and it becomes pretty addictive.

Ford’s marketing whiz-kids coined the term UAV – Urban Activity Vehicle –to define the Fusion, when the vehicle was launched in the country in September 2004. Yet it did not exactly populate India’s urban zones. The main reason was that it was priced way too high. The Fusion had everything going for it in terms of dimension, versatility, powertrain, looks, acceptable fuel consumption, yet the crucial value-for-money feature was missing.

What Ford bet on was that the Fusion was a unique vehicle, so it would create its own niche and command a premium. Ford’s assumption was not misplaced, because the Fusion has an SUV-ish stance (large wheels, good ground clearance, prominent wheel arches, height) and offers great interior room for passengers, but – a crucial ‘but’ here – it still was a hatchback. And hatchbacks are expected to offer VFM – ask Hyundai about their experience with the Getz. This, even if the hatchback offers you better interior room than most C-segmenters in the business. Nevertheless, you could get three-box sedans for the price the Fusion was asking. Then there was the Fusion Plus package, with the option of ABS and EBD, which made the price even more forbidding. No wonder that it made slow progress in the marketplace and you could even get discounts worth about a lakh of rupees.

Enter the new Fusion – wearing a look that makes it actually look new and a price tag that attempts to undo most of the previous damage. So what’s new about the new Fusion? For starters, the ‘lozenge’ shaped headlamps get prominent integrated amber turn indicators. The front bumper is completely overhauled and has a profusion of matte black plastic with cube-shaped mini-grilles – it looks smart without being too cluttered. The rounded bonnet line stays the same, as it has to meet pedestrian safety norms.

At the back, the tall tail-lamps get the clear lens treatment that make the rear-end less cluttered. On the inside, the rough plastic that overwhelmed the entire dashboard has been given the heave-ho and a new, softer, rubbery material with a better texture comes in place.   Oh, and the trendy two-tone interiors make a difference to the sea of black seen in the earlier version. Touches of plastic-chrome on the steering wheel, the gear lever and other parts were a relief in the previous Fusion’s all-black interiors, but now they are deemed unnecessary thanks to the two-tone treatment.  The Fusion always had a profusion of storage bins all around, and the new dash comes with some more! Ford has retained other features like a distance-to-empty indicator, a digital clock, tilt adjustable steering, height adjustable front and rear head rests, height adjustable front seat belts, defoggers, a front power socket and a keyless entry in the single-trim Fusion for our country. That’s right. There is no Fusion Plus now, just one standard specification is what you get.

Thankfully, the drivetrain remains the same. The 1596cc DOHC 16-valve Duratec aluminium alloy inline-four develops 100 bhp at 6500 rpm and 14.9 kgm of torque at 3400 revs. This engine, which makes the right noises to please enthusiasts and which is renowned for its responsiveness, is paired to a slick five-speed manual gearbox. Drop the clutch, depress the electronically controlled throttle pedal, and the Fusion rewards you with a 0 to 60 kph run in 5.6 seconds and a 0 to 100 kph dash in 12.7 clicks.

Keeping the rev needle in the powerband makes the Fusion get the bit between its teeth and you don’t want to let go. Okay, I understand you wouldn’t be going beyond 4000 rpm on your trip to the office and back, and that you will be doomed to get stuck behind a sputtering rickshaw most of the time, but you never know...

Take the Fusion to some curvaceous roads, that’s when it comes into its element. And that’s when you will love it the most (ironically, Ford is positioning the Fusion as a urban vehicle, but that’s business). As mentioned earlier, it’s the Fusion’s well-engineered underpinnings that make it a fun-to-drive machine. At the front, you get McPherson struts mounted on a rigid sub-frame while it’s a twist-beam setup at the rear. While that allows you precise and predictable handling, the ride is slightly harsh, especially for rear passengers. But it does an admirable job in tackling bad roads.

Okay, now that we have established that the Fusion is a fun-to-drive vehicle and can be a good urban warrior, can its new price tag bring in more customers? It retails for Rs 5.96 lakh in Mumbai, which means an on-road price of about Rs 6.60 lakh – almost Rs 75,000 less than the cheapest variant of the preceding version. Ford has managed to do that thanks to the launch of the Fiesta. Yes, with the Fiesta, Ford could raid the three-box car’s parts bin and reengineer the price of the Fusion. Yet, it still seems steep. Because of its unique position, the Fusion has its own set of prospective buyers who would have gone for it anyway. It’s just that it has become more attractive and cheaper for them.