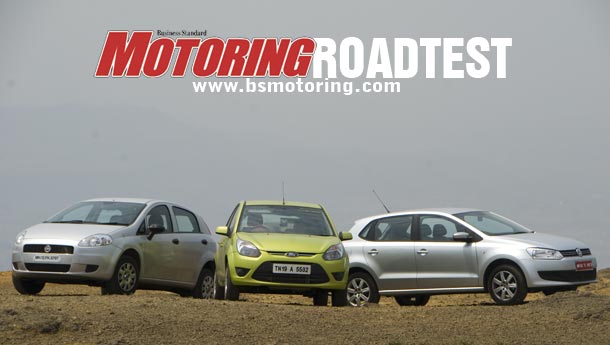 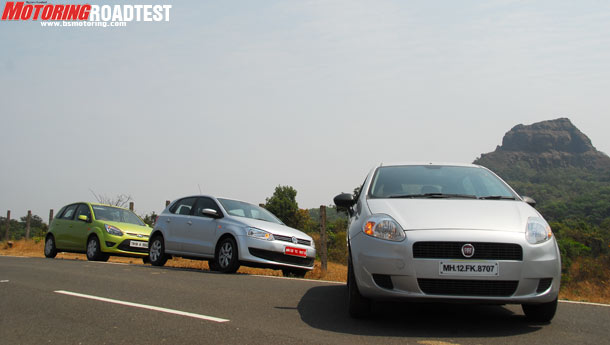 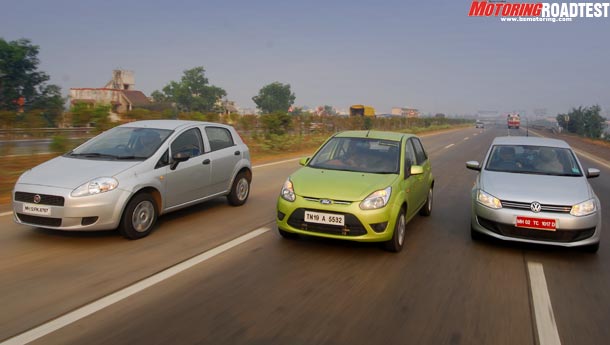 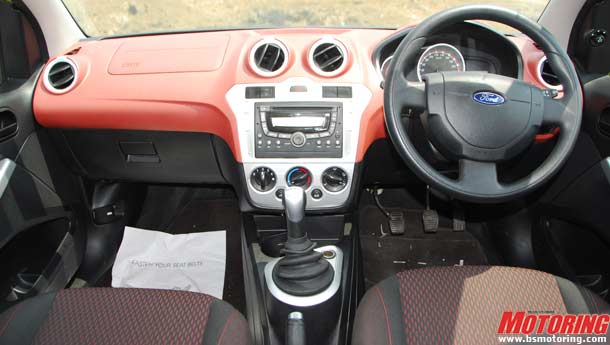 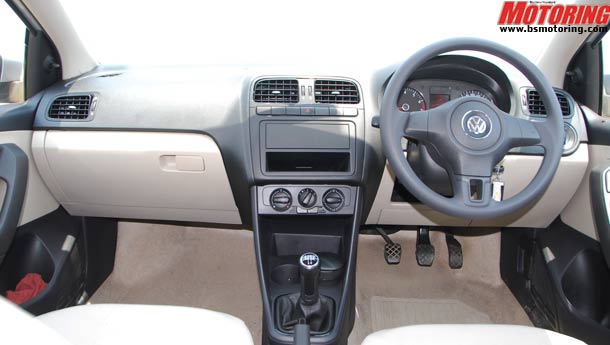 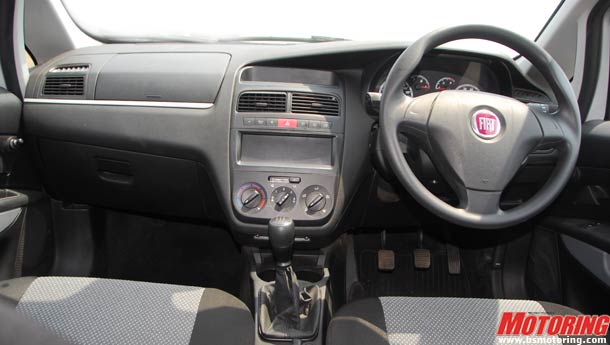 Let’s go into this triple-test comparison with a Which Car? question. One very senior member of Business Standard Ltd wanted to know how good the Volkswagen Polo was when compared to the Ford Figo. I should have had an answer ready yet I paused… and this pause was enough for the prospective buyer to defer his buying process. While I could list the positives and negatives of each car, it would be a better idea to do a proper comparison test and bring along the other European, the Fiat Punto, into the equation.

We chose a hot day (32-34 degrees) in March for our test that saw the cars go through city streets and traffic, the fast Expressway, back roads and hills, rough roads and rally stages to come up with this story.

Visual treat
The best looking car of the lot is the Italian – no doubt about that. So what if the Punto has gone through a minor facelift in Europe already. The Maserati inspired snout, the ‘race car for streets’ profile work well and it can easily carry ‘go-faster’ stickers and racing stripes. And it can carry off colours well too – Ferrari red?  Splash it on. Seriously, you cannot call the Polo and the Figo beautiful (smart and handsome perhaps) – but a Punto in red is just that, a beautiful car. The Polo looks the most contemporary of the lot though – with crisp lines, Audi inspired ‘aero’ detailing on the bumper and clean profile, the Polo is the most future-proof car of the lot here. The Ford Figo does have an identity crisis of sorts with design elements from various Ford models making up this car. The biggest influence seems to be the last generation Fiesta on which the car is loosely based on. Bright colours, did you say? Ford has some shades that can make an octogenarian feel 21 and just out of college.

On the interior front, none of these cars tread the unexplored – except for the Figo which is available with coloured dash-boards (great if you can live with it – I cannot). Otherwise you find the usual – acres of grey and black plastics with chrome or buffed aluminium inserts thrown in. Of the three, it is the Polo interior that looks neat and tidy though space is premium. The Punto does feel spacious – especially when it comes to headroom for the rear passengers. All three cars offer similar space at the back with the front seat pushed forward – so if you plan to use a chauffeur, breathe easy. The Figo felt most claustrophobic of the lot thanks to dark upholstery and tall window sills – and when seated at the rear your head just about grazes the roof (and I am just 5, 10)!   City streets
These cars are going to live inside urban limits most of their life and all three cars with the 1.2-litre motors manage traffic duties pretty well. The Polo, with its lighter overall controls (clutch, steering as well as the gearshift) makes life easier in traffic – though one would have expected VW to take the lead and offer an auto-box for the masses. More than the gearshift, it is the gearing that helps matters with the VW – an area that the Punto fails to comprehend with its FIRE engine wanting to run berserk even in the middle of traffic. The Figo treads the middle path but the controls are decidedly heavier than that of the Polo thereby making the Ford feel older and heavier.

Expressway driving
Let us get to know the powerplants at this point. Volkswagen uses an 1198cc three- cylinder unit that makes the most power amongst the three, at 74 bhp at 5400 rpm. Number two on the power stakes comes the Figo, which develops 70 horses at 6250 rpm while the Punto has only 67 bhp at 6000 rpm.  Both the Figo and Punto motors are inline-four cylinder affairs. On the highway it is the Figo all the way with a freer revving engine and hence the soul of a driving machine. Our tests proved that the rev-happy motor also contributes to quicker, faster times too as the Figo pipped the Polo in our customary 0-60 and 0-100 kph runs (only just).

There are two issues with the three-pot motor of the Polo – it hits a rev limiter as if it hits a wall thereby restricting enjoyment (in favour of better mileage) and then it feels coarse through the rev range. As many would have thought, the three-cylinder layout does not create imbalance of any order (there was a time some time ago…) but it goes through the process like an untrained long distance runner.  I was hoping that the engine would smoothen out at higher revs and at speeds around 140-150 kph – but no, the metallic hiss and drone persisted like in a diesel engine.

The Punto falls in the middle ground here. The car accelerates hard and the engine is refined at higher speeds but a notchy gearbox (compared to the other two products here) ensures that the monocoque and the powerplant are distanced from each other. And this dampens the proceedings. How I wish this Italian car proved that it has the right DNA somewhere deep inside !

Needless to say, it is the Figo that earns the laurels here for the big-car feel it imparts and the refined manner in which it can chew the well-paved stuff. The other two contenders are on the same footing here.   Hill road driving
Ford has been engineering some of the finest hatchbacks mankind has ever seen and they do know a thing or two about small car dynamics. The Figo benefits from the excellent underpinnings of the last generation Fiesta and that makes it an eager car to hit the twisties with. That said, fun is directly proportional to the stuff that the engine can throw up too and the Figo cannot be challenged by the current output (perhaps a 100 bhp, 1.6 version will allow drivers to eke the best out of this chassis). The Polo is no pushover in the hills too, as VW engineers sought for and found out the best way to make their small car handle like a Golf. And oh boy, have they succeeded! The engine may be in economy-tune and that ‘wall’ of a rev-limiter is an impediment, yet when you are in a mood to shift gears and attack apexes, the Polo is an able enough tool – now start praying for that 1.6 litre engine from the Jetta to be used here! With a rather poor 58.7 bhp/tonne power-to-weight ratio and stork-leg rubber, the Fiat Punto struggles on mountain roads – the worst bit is that it feels like a Palio on the move. Need we say more? With more immediate torque delivery, the diesel version of the Punto or even the 1.4-petrol will be better for the mountains than this penny-wise petrol application.

Rough road driving
If there was a defining moment in this road test, this was it. The road that we chose could have been a super-special stage laid out at the start of a rally by organisers with the intention of getting half of the field out on day one itself. Broken tarmac with potholes filled with loose rocks is the kind of territory that can give axles nightmares. And the way the Polo took to the stuff said a lot about how well prepared or adapted these cars are for the Indian terrain. In thirty minutes or so of unadulterated fun I parked the car, got out and took a good look at the Polo. Slithering through gravel or late braking or mid-corner corrections with the throttle pedal – the Polo was up to it all. Even the nastiest pothole resulted in only a subdued ‘thud’ audible inside the cabin.

Second best and showing off Ford’s rally genes was the Figo – unruffled through the rough but sending enough vibes and sounds through the monocoque to the passenger shell. Isolation from the surroundings? At this price point? You thought you got a Mercedes or what, the Figo seems to be asking. The Punto managed to go through the motions in a neutral ‘why are you troubling me’ manner. The car felt indifferent to being pushed around but fared certainly better on terrain where Japanese or Korean cars would have felt fragile. In case you are wondering, all three cars feature similar suspension architecture with struts up front and twist beam setups at the back.   Verdict
The VW Polo returned 14 kpl with some very spirited driving thrown in while the Fiat Punto and the Ford Figo returned an identical 12.5 kpl. As for the price, VW is the premium car here with similar models costing close to Rs one lakh over the Ford Figo. As if waiting for the pricing of VW and Ford models, Fiat has unleashed a 1.2 variant that starts at Rs X.XX ex-showroom, Mumbai. The dodgy build quality and indifferent chassis prevents the Punto from living up to its great looks. A 1.4 turbo engine is exactly what can make life interesting behind the wheel. But if you cannot resist the looks of the Punto, we are not going to blame you – Italians know how to conceive small cars that border the exotic.

The real fight to the wire is between the Figo and the Polo. The Figo delivers on two counts – extreme value for money and being a sorted-out driver’s car. But when you drive them back to back, it is the Polo that emerges as the modern, capable all rounder. And this one marries German solidity with future-proof looks too. What it lacks is an extra cylinder under the engine compartment – but that shortcoming it makes up with exceptional mileage. Is it worth spending Rs one lakh over the Figo? The answer is yes, if not a resounding one. <I>BSM<I> comparisons always had a clear winner, and this time it is the Volkswagen Polo – its premium pricing notwithstanding.

So when is the Honda Jazz price correction expected?