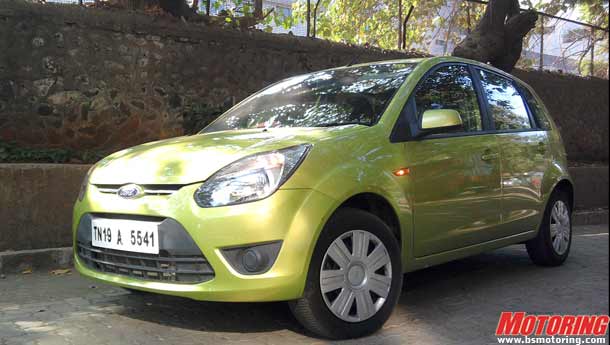 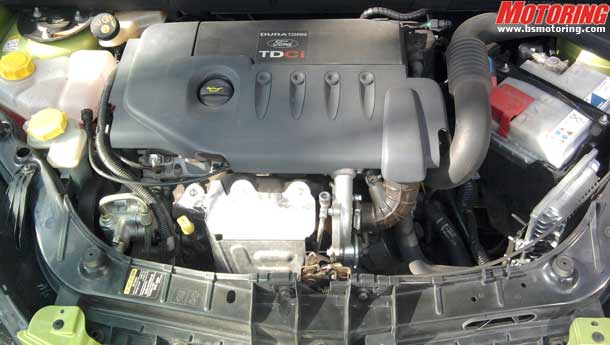 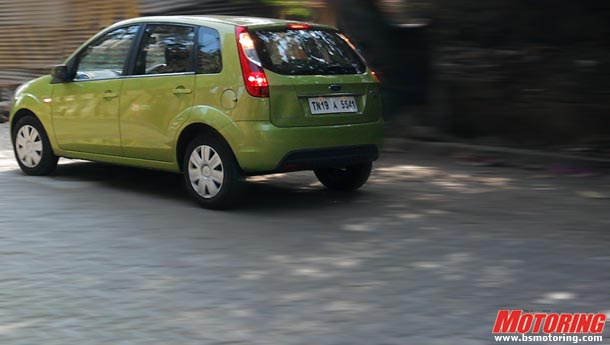 Ford probably has never seen it this good. In its 14 year history in India, it never had a concept called "the second shift". Moving out about 3000-3500 units a month, it was content with a four model strategy that seemed to, well not really do much than just scratch the surface. So, when they announced the price of the new Ford Figo less than two months ago, it left a whole lot of people astounded. They saw the car, the package, the space and then went and bought them in hordes. So much in fact that the company received 10,000 bookings in just the first three weeks and the company was forced to start "the second shift" at its plant in Maramalai Nagar.

What really mattered was people over the internet and elsewhere, for the first time, were getting defensive about the blue oval. It's the kind of fervour reserved for the only other blue badge in India – Fiat! Am guessing Ford India are more than pleasantly surprised by this change of attitude after years of having listened to, and I kid you not - "Ford ka saaman mehenga padta hai, maintenance bhari padta hai" (Ford spares as well as maintenance is on the expensive side). And it is one variant, this one that you see here that has caused all this change, the Ford Figo diesel.

We are all aware of this unit, the 1396cc inline four Duratorq from the Fiesta, Fusion and Ikon. This third generation common rail diesel engine with drive by wire technology and an aluminium block produces a peak power of 68 bhp@4000 rpm and peak torque of 16.2 kgm@2000 rpm. Jointly developed with PSA Peugeot Citroen, this engine is best known for its refinement and good bottom-end torque. Now manufactured in India, Ford have managed to bring down the cost of the engine and pass it on to the end user, the one who will buy a Figo especially!

In the relatively lighter Figo, the differences are limited to minor changes to the ECU tuning and final gear ratio. That, however doesn't change some things. Because the Figo is built to a cost, there is more clatter that pervades through the cabin. Give the car some poke and it doesn't seem to settle down until you are somewhere in the mid-range and started to move up the gears. There is also some turbo lag to live with, which isn't easy to dismiss off at first but when put back to back with say the Fiat Punto diesel it doesn't feel all that bad. Yet it makes the Swift diesel feel like the best of the lot, although in isolation the Swift diesel too shows some lag.

But the best bit about the Figo is its mid-range. The exit point of the turbo lag is somewhere in the range of 1600-1700 rpm, after which the Figo turns into a quick tool. Work through the gears and it rewards you better than the petrol which tends to be non-forgiving thanks to the ratios that give it a relatively narrow power band. You instantly realise why more than half the buyers, and in some markets over 70 per cent of them have opted for the diesel. It just gets on the pace quicker and can keep company with faster moving traffic.

These results can be compared even when you look at the times it sets. Zero to 60 kph turns up in just 5.95 seconds while the run to the ton can be covered in 16.22 seconds. The 80-120 kph times are pretty impressive too, registering 13.8 seconds on the clock - times which are quicker than the Fiat Punto but still some way off from the Swift diesel. A top speed of 155 kph is all we could achieve, but given the right conditions, you can technically achieve 160 kph, though it takes its own sweet time to get there. What also works in the favour of the diesel are the ratios and the slick gearbox. You don't need to work it hard and even if you do potter around in 5th gear at 50 kph, it will pull away cleanly.

All of which translates to an in-city driving fuel efficiency figure of around 13.2 kpl with the AC running on full blast and mostly bumper to bumper traffic. Drive like a lunatic on the open road and you can still derive around 16.7 kpl. Take it a bit more easily and watch that figure easily climb to close to 20 kpl. On a 45-litre tankful that translates into a range of 580 to 900 km, which is pretty good by itself and in line with what most other diesel hatchbacks in this class can more or less deliver.

The acceleration numbers may not sound exciting to many, but it's the way the Figo goes about getting there that makes it better than just being plain mundane. It easily has the best feeling steering in the hatchback segment by-far and even though it has lost some of its Ford-ness to make it easier turning around town, it is still is the best on offer. Well weighted and with good front-end balance, the Figo diesel is quite eager to turn in and doesn't suffer much in the way of torque steer. This handling finesse and body control is highlighted by the stiff body-shell and suspension setup that is tuned to deliver good handling. Body roll isn't much and if at all there is any it tends to go unnoticed. You can't ignore the ride quality either which is a mix of the good and some not so good. Over smaller abberations such as ridges, it tends to transmit most of the jolts and crashes through the body and to the spine of the occupants, which isn't good. Bigger bumps don't seem to bother the car, nor does it change direction so easily because of them, unlike say the VW Polo. Braking results reveal that the car is pretty well planted and brakes in a straight line with better brake feel and pedal travel than its larger cousin, the Fiesta.

On the inside, the Figo is decently loaded. On our top-end Titanium test model priced at Rs 5.55 lakh, ex-showroom Mumbai, it came loaded with two airbags, ABS, a nice sounding stereo system with neatly resolved bass, red treatment on the top of the dash (which is optional at no extra cost) and electric adjustments for mirrors and power windows at the front only. It does however lack some kit, like a non-adjustable steering for rake, a single trip meter (most others have twin), rear windows that only wind-down half way and other small bits that could have made the car a bit more user friendly. The seats at the front have good side bolstering, but poor lower back support and it gets particularly tiring when you drive for two hours or more at a stretch. The rear seats have decent legroom as long as you don't push the front seats far back, which might hurt your ankles. With three seated at the rear, there is decent shoulder room, but let me warn you that long trips are best left out if such an equation arises. The boot is pretty well thought out with a nice deep recess and good volume to carry large(r) pieces of luggage.

In comparison, its closest competitor, the Suzuki Swift diesel VDI with ABS has no airbags, no stereo, but has rear power windows and is priced at Rs 5.57 lakh. It drives very well, has good acceleration, not as good ride quality but rewards the driver just as well. It isn't the most spacious, nor the most practical here, but for those looking at a mix of driving pleasure and cost of running, the Swift diesel still holds the cards close to its chest. But as an all-rounder with good value, great driver appeal and a well rounded package, the Figo, despite its slightly older platform makes for a buy you can't ignore. Ford's second shift, in all its senses seems to be justified.