Ford Figo - A car for Sandeep 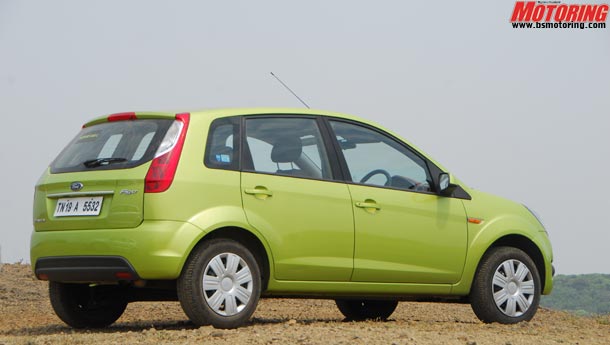 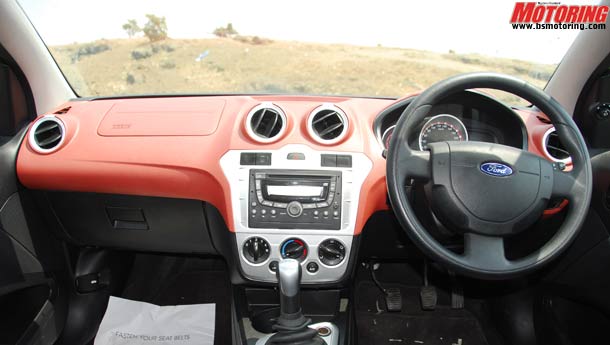 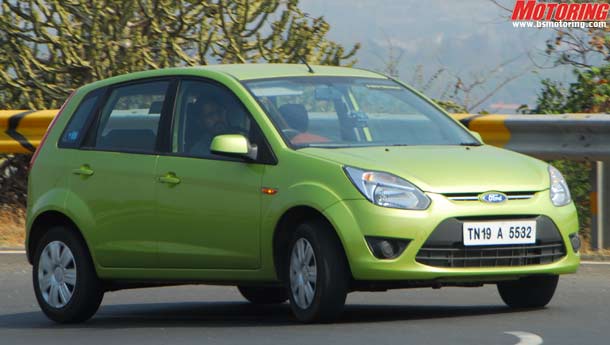 What was very American just got very Indian. The Blue Oval says it has kick-started in India what it did to America, and later the rest of the world: Bring out cars for the masses. Ford Motor Company has launched in the country its first B-segment compact car, the Figo (Italian for cool). It is nearly 90 per cent made of local components, designed for local roads and even painted with colours that work in India.

Ford surely needs something special to improve its fortunes in India — the new battlefront for the world’s top car makers. Though it was amongst the first car makers from the West to enter India 12 years ago, it sold just 30,500 cars in 2009, which translates into a tiny market share of 1.8 per cent. It had started out with the Escort and added new models at regular intervals. The current line-up includes the Ikon, Fiesta, Endeavour and now the Figo. (The Fusion has been discontinued.) The Figo, it hopes, will add substantially to its numbers in India. The company is likely to have a better fix on sale projections two or three months later. Meanwhile, a campaign for the Figo devised by JWT is on air, and viral marketing on social networking sites has begun. No celebrities to endorse the new car this time — Ford had got Abhishek Bachchan for the Fiesta but ended the campaign in no time.

Ford does need to try every trick in the bag. After all, the Indian market for small cars is extremely competitive and it will not be a cakewalk for Ford. Maruti Suzuki and Hyundai are well-entrenched, and Tata Motors has opened a new flank with the Nano. General Motors has launched the Beat, while Honda, Volkswagen and Toyota have begun to give shape to their small cars. Renault Nissan wants a piece of the action desperately. A resurgent Fiat too has ambitious plans.

Customer clarity
Aware that they need to think out of the box, Ford designers sat with the Indian marketing team and first gave shape to the customer. The car would come later. The Figo customer was identified as ‘Sandeep’. He was 26 or 27 years old, held a professional degree and was ambitious to move up socially as well as professionally. Newly married with no children, he lived with his parents or extended family and strived to maintain a balance between family and work. At the same time, Sandeep was highly optimistic that he will be recognised for his contributions at work and was thus on his way up on the career ladder. With his newfound success, a car was seen as an exclusive space where he could enjoy freedom from the pressures of work, listen to music and take his wife out safely at night or pick up friends for an evening out in the city.

These were the functions the new small car was meant to perform. “We were clear on what we wanted for India — a car that will appeal to the mature youth. This is a young couple that has just got married and is full of dreams, aspires for a car that will reflect its smart attitude and at the same time be full of utilities. The Figo delivers all of that,” says Ford Motor Company Group Vice-president and President (Asia Pacific and Africa) Joe Hinrichs. Ford, in other words, has in its crosshairs the typical new-economy Indian society. So, it has made the Figo a car that has a lot going for the “Sandeeps” in terms of size, features, powertrain and interiors.

To start with, the Figo is the longest compact hatchback in India. This could be a differentiator. Ford India President & Managing Director Michael Boneham says: “A vehicle in the small car segment need not necessarily be small, cute and toyish.” The Figo is mature. At the same time, its width has been kept small enough for the tight confines of the roads in most cities.   Ground clearance is a critical 168mm, again tailored just for Indian roads. The rear suspension, a twist beam system, is designed to meet the road rigours. The steering ratio of the car has been made more compliant for tight parking manoeuvres in the cities.

What Ford believes will draw customers to the Figo are the 1.2-litre petrol Duratec engine with five-speed manual transmission designed specifically for the Indian market and the 1.4-litre diesel Duratorq TDCi engine. Both the engines are being made at Ford’s Chennai facility which has recently been expanded at a cost of $500 million (approximately Rs 2,400 crore). The plant is expected to roll out 250,000 cars by the end of the year. (Unlike others like Honda, Ford has brought diesel engines to India. As diesel cars account for over a third of the market, this could give Ford an edge in the market.)

Then there are the interiors. Ford has chosen bold and modern coral red for the instrument panel. Both Boneham and Hinrichs are quite excited about it. “The colour theme is inspired by the vivacious tastes of Indian consumers, and parallels can be drawn with the kind of colours people in India are using in their bedrooms and drawing rooms,” says Boneham. Adds Hinrichs: “This is the first in interior design for the Indian market for Ford.”

Price wise
All that is fine, but India remains a value-for-money market. Most buyers look at the price tag and fuel efficiency first. The petrol Figo, says Boneham, can run 15 km to a litre, and the diesel Figo can do up to 20 km. The price of the petrol Figo is Rs 349,900, while the diesel Figo comes for Rs 447,900 (ex-showroom, Delhi). Rivals say this is the real clincher. “Most others will find it difficult to give so much space and fuel efficiency at this price,” admits a senior functionary of a Delhi-based car company.

Is it strategic pricing? Will Ford make money at these prices? Will it rewrite the price tags once sales pick up? “Yes, the pricing has been strategic but we are not in the business of losing money,” says Boneham. “At the moment, it is sharply competitively priced, and the price can go up in the next one year depending on the input costs.” The car market is also abuzz that Ford has built the Figo on the Fiesta platform to keep the costs low. Boneham admits that the Fiesta platform has gone into the Figo but adds that the powertrain of the new car has been tailored specifically for the Indian roads.

In addition, Ford has relied heavily on local components to keep the costs low. Sheet metals for the doors, the plastics, the rubber parts... even the people making the car are all Indian. This, Ford hopes, will help keep the service and maintenance costs of the Figo low. This is important. Ford and other low-volume car makers have for long been accused of high service and repair costs. Dealers are given wafer-thin margins on cars but hefty profits on spares and service.   Low maintenance
It seems that Ford has tried to address some of these issues in the Figo. “Key components, which are particularly heavy replacements in Indian conditions, like the engine oil and brake fluid, filters, doors and bumpers have been designed such that durability is long and the cost of repair or replacement is minimal,” says Boneham. The door, for instance, has to be replaced completely after damage in most cases. “In the case of the Figo, since the material (the sheet metal) has been sourced locally, one would need to just change the skin of the door instead of the entire assembly. This means a cut-down of almost 30 per cent of expense on servicing,” Boneham adds.

Ford claims that the cost of periodic maintenance of the Figo is 7 to 13 per cent less than rivals, cost of non-scheduled repairs 10 to 17 per cent lower, cost of damageability repairs 7 to 16 per cent lower, and the five-year service cost for customers who drive less than 10,000 km in a year up to 60 per cent lower.

In fact, so confident is Ford about the Figo that it wants to take the car to South Africa and its Indian engineers world over to showcase how a “world-class car could be made at a price point never done before”. India will be the production hub for the Figo for the Asia-Pacific region and Africa, though the United States and Europe are ruled out for the moment.

A small car calls for a different and larger distribution channel than bigger cars. The socio-economic profile of a small-car customer is not the same as that of a large-car customer. Aware of this, Ford has ramped up its dealership network from 135 a year ago to 167 now. The plan is to take it up to 200 by the end of the year. Along with that, Ford has rolled out other service initiatives. This includes warranty protection, free 24-hour roadside assistance for two years from the date of sale, a range of scheduled service plans and a quick service. Scheduled maintenance not before 12 months is what Ford promises for the Figo.

Says Hinrichs: “For Ford, the stake on the ground in India is of utmost importance because it is going to be the second-largest market for it outside of the US.” Henry Ford had often talked of “opening the highways to mankind”. Hinrichs and Boneham want to get that vision off the ground in India. The odds are formidable.