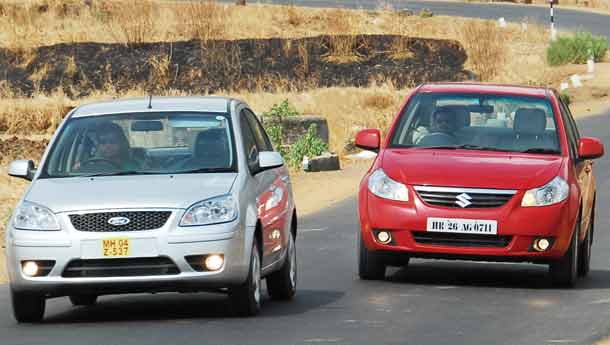 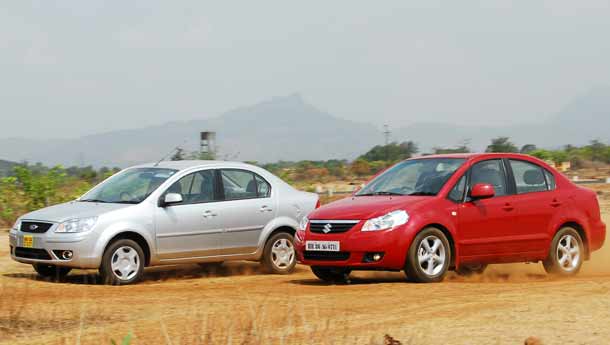 Safe is a word that belongs in banking, personal finance, stock investing and, at the risk of a fundamental conflict of interest, sundry hazardous professions. So you would think that kind of a staid, though important, word wouldn't become the cornerstone of a profession as exciting as motorcycle design. But if you look at Honda's history, you'd be wrong. Their boldest designs were the multi-colour, quasi-psychedelic paint on early Fireblades. The ones that looked like some of today's designer clothes, but infinitely better cut. Most of the rest are safe alternatives to risque competition, that managed good to great sales.

I'm guessing, by now you already know that the Shine's looks are no ice-breaker. There's more Unicorn in the bike than it says on the box, and Honda have very overtly created a link to the bigger machine. Which is no bad thing. The visual resemblance of the engine promises great refinement, torque and enjoyment, while the scaled-down tank lines promise the feeling of substantial size. Unfortunately, that also means the Shine stands absolute middle in the 125cc segment. It's a good place to hold down, no doubt, but it's sort of like a tennis match. You can't have one without a net, but at the end of the day, no spectator ever looks at the net. Especially if the players are as diverse and striking as the Glamour and the Discover.

So, while we're a bit cut up about the sheer anonymity of the no-flair style, the Shine instantly feels like it's built to last a fair bit in the time-space continuum and most parts feel like they're quality bits. It does not have the premium feel of the Unicorn though, maybe a notch or two below. And since we're on about the bits, we'll say that we like the new left-side switch cluster, hate the fact the engine kill's gone AWOL on one more machine and the round grab rail, unfortunately, makes the bike look cheaper than it is. Ditto the spoked wheels.   Most of the looks-related wrinkles, however, are ironed out on the move. The motor is very obviously a close relative of the Unicorn. It feels almost too buttoned-down, has no vibes and it needs lots of throttle movement to get it to make a din. Honda are calling the engine Optimax, and it uses a longer intake length, multi-map digital CDI ignition, roller rocker arms, a lighter drive chain and Unicorn-style 'air jacket' cooling jacket to keep performance and fuel economy at a high. Unlike the 10 bhp Hero Hondas, it makes 10.9 bhp at 7500 rpm, close to the top of the 125cc segment, and almost 1.1 kgm of torque at 4500 rpm as well. The Shine wheelies easily, but the first time you lift a wheel, you know that this is the wrong sort of bike for this. The more in-character way to feel the torque being delivered is brisk, unruffled and smooth low-mid rev acceleration. Like the Unicorn, top revs feel a little weak and forward progress slows a bit. A proper commuter 125, then. Honda have chosen a TVS-style all-up shift pattern for the gearbox and while the shifts are fairly slick (good thing for a bike with nothing on the odo), I would personally have preferred a one-down three-up standard pattern.

The refined motor is packed into the usual single-downtube diamond frame, with the motor in there as a stressed element. Honda have chosen to return to twin-shocks for the Shine, and Unicorn sales/perception notwithstanding, this appears to be a retrograde step. Be that as it may, ride quality normally feels a bit on the firm side. Largish bumps are dealt with very well, however. Which is why we were surprised to find transverse scratches on the front mudguard within minutes of rolling off. It seems the front number plate bottoms on the plastic a bit before the fork stanchions hit the stops.

Here's the twist in the tale. At first glance, the Honda Shine appears to be a neat expression of the middle-of-the-road 125cc motorcycle. But it isn't. Priced at Rs 45,120 ex-Delhi for the drum brake model, it actually is more expensive than either the Discover or the Glamour. The disc brake version is obviously more expensive.However, like Honda did with the Unicorn, they intend to launch the top-end electric start variants in about six month's time. That feels a bit odd.

In a word, we're a bit surprised Honda has played it this safe with their second motorcycle. However, next issue, we'll see what happens when the super-refined Shine meets the flash Glamour and the business-like Discover in a scrum for the 125cc crown.    The Indian 125s are not to taken lightly. Their kerb weights are bit on the high side, but seriously speaking, they are seriously good. In the face of fairly well-developed competition, Honda’s Shine felt a little, um... like it hadn’t been to the gym often enough.

However, it’s had a bit of a makeover. Honda’s fixed two of the biggies – the Shine gets a thumb start and alloy wheels, and taken care of one of the minor issues – the bike also gets a new coat of paint, fresh stickers that vaguely recall the Honda wing. The effect, like they managed with the Unicorn, is pretty significant. Many people walking into showrooms will gloss over the fact that the Shine has no mechanical upgrades to speak of, and will be taken by the smart look and the up-to-spec features list.

But, let me clarify, the Honda powertrain was never a weakness. It had a lot more torque at lower revs than an enjoyable top-end and it only ever felt underpowered on the highway. So while, in theory, Honda should (could?) have tweaked the engine a bit, their not doing so isn’t all bad. Riding in traffic, the Shine rewards low revs, quick shifts with great economy, a superb, utterly refined motor and gearbox and in general, feels like the healthiest motorcycle I have ever ridden. It virtually glows with the quality feel and great fit-finish as well. Until you pass about 75-80 kph, you will notice nothing amiss at all. I’d say the only thing really awry with the bike was that the other 125s were all a bit quicker and faster. All in all, we’re quite kicked with the Shine in an urban runabout role and we’re happy to induct it as the latest addition to our long term test fleet.