Ford Ecoboost is the world engine of the year 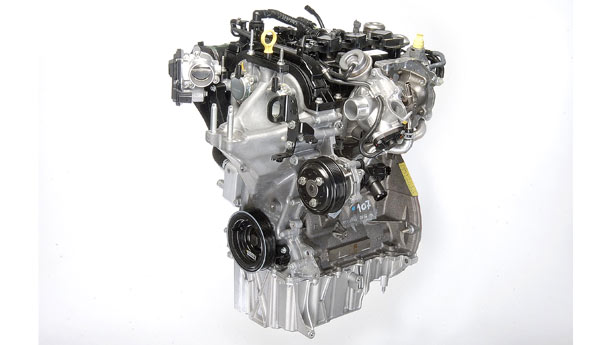 Ford's revolutionary 1.0 litre Ecoboost engine has bagged the honour of being the International Engine of the year for 2012. The results were announced this Thursday and the Ecoboost ran through the competition amassing a total of 401 points. It convincingly beat Volkswagen's 1.4 litre TSI twin-charger which came second with 288 points. It also took the honours in the "Best new engine" and "Best sub 1 litre engine" categories.

The three cylinder engine that will soon be seen in India on the Ecosport SUV is available in 3 different states of tune ranging from 75 bhp to 125bhp. What we'll see here is the 120bhp version. The engine – small enough to fit on a European sheet of A4 paper – was designed at Ford’s technical centres in Dunton, U.K., and Merkenich, Germany. The engine is built in Ford’s plants in Craiova, Romania, and Cologne, Germany.

“We set the bar incredibly high when we set out to design this engine,” said Joe Bakaj, Ford vice president, Global Powertrain. “We wanted to deliver eye-popping fuel economy, surprising performance, quietness and refinement – and all from a very small three-cylinder engine. The team responded to this seemingly impossible challenge with some really exciting innovation,” Bakaj added. “The result is a game changer for gas engines globally.”

Other award winners include Ferrari's 4.5 litre V8 (Ferrari 458 Italia and Spyder) for the performance engine of the year and GM’s 1.4-litre range extender (Chevrolet Volt) as the green engine of the year. BMW seemed to have a field day too as 4 of their engines were announced in the top nine.

This was the second time that a small engine took the honours at IEOTYA, after Fiat's 900cc twin air won last year. Good for us lot... right? With petrol prices going up the way they are, what could be better than plonking a small, powerful engine and then revving the nuts of the thing! Here's to making the world a greener place.