Ford Confirms Mustang for India, will go on Sale in the Second Quarter

This is it, the pony car will go on sale in the second quarter of 2016! 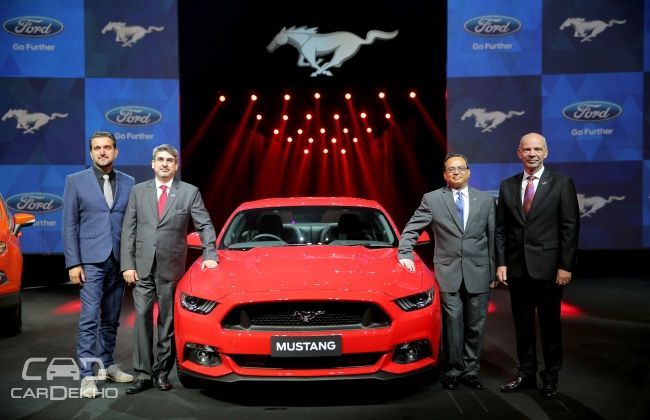 It’s better late than never. The iconic Ford Mustang has finally made its entry into the Indian market, today. The vehicle will be launched in the second quarter of 2016. This 6th generation iteration is the first of Mustang to ever receive a right-hand drive setup since its launch, half a century ago.

“Throughout its long history, the Ford Mustang has been a symbol of optimism and confidence for people all over the world,” said Nigel Harris, president, Ford India. “The new Mustang is a modern interpretation of the American icon, and we are thrilled to be giving our customers in India the opportunity to experience this piece of automotive history for the first time.”

To arrive here most probably a CBU (Completely Built Unit) import from the United States, the Mustang is being offered only in the top- specked GT version, unlike the international markets, that gets two relatively less powered trims as well. The Mustang GT gets a 5.0-litre Ti-VCT V8 engine rated at 420 horsepower and a massive 529 Nm of max torque. It comes mated to a 6-Speed SelectShift automatic gearbox with steering-mounted paddle shifters. Mustang in Indian comes standard with performance pack, which is optional add on globally. Mustang also comes with Selectable Drive Modes (SDM), allowing users to toggle easily between normal, snow/wet, sport and track modes to quickly adjust steering effort, engine response, and transmission and electronic stability control settings. 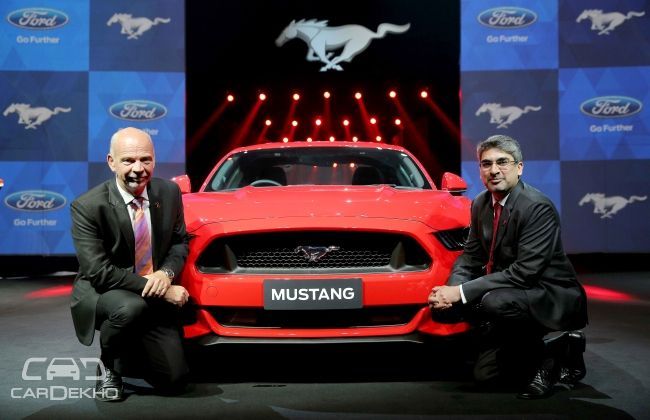 The feature list in the Ford Mustang includes a 4.2-inch multi-information display, Ford’s Sync 2 infotainment system, automatic wipers, start/stop button and adaptive cruise control, just to name a few. In terms of safety features, the muscle car comes equipped with multiple airbags, ABS, EBD and BLIS (Blind Spot Information System) that uses radar to detect a vehicle at a blind spot and alerts with an indicator in the appropriate exterior mirror.

“The new Ford Mustang is a one-of-a-kind vehicle and is going to appeal to Indian drivers who value the style, performance, and heritage that the Mustang name brings,” said Harris.

“With advanced new technology, an iconic design, and world-class power, it truly sets a new standard,” he further added.

See what we did on Mustang’s 51st Birthday!