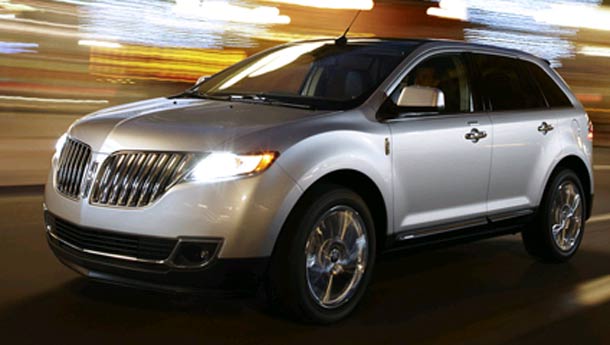 Ford Motor Co is rolling out new Lincoln models with a panoramic glass roof option to lure younger, more affluent buyers, as the No. 2 US automaker tries to revive a luxury brand whose sales peaked two decades ago.

The new signature retractable 15-square-foot roof is just one feature designed to distinguish the 2013 Lincoln MKZ sedan from Ford's mainstream models. It will be unveiled at the New York auto show this week, one of seven new or revamped Lincoln models to be rolled out by 2015.

The MKZ is the first Lincoln model since the 1970s to be crafted by an exclusive group of designers.

The design team is headed by Max Wolff, a former Cadillac exterior designer at General Motors Co, who is charged with creating vehicles that stand out in the luxury market, which IHS predicts will account for about 13% of US auto sales this year.

"They are really trying to make an effort to differentiate them from a content standpoint, from a ride and handling standpoint, a quietness standpoint," IHS Automotive analyst Rebecca Lindland said.

Although the MKZ shares a platform with the Ford Fusion sedan, "it's not just a tarted up Fusion," she noted.

The Lincoln brand was the top-selling luxury nameplate in the United States in the 1990s. But last year, brand sales totaled 85,643, less than half the vehicles sold by Lexus, Toyota Motor Co's luxury brand.

Lincoln is offering the MKZ with three different powertrain options, including a hybrid that can get 41 miles per gallon in the city, and a lane monitoring system. As a standard feature, the MKZ will also come outfitted with MyLincoln Touch, a touch-screen entertainment and navigation system.