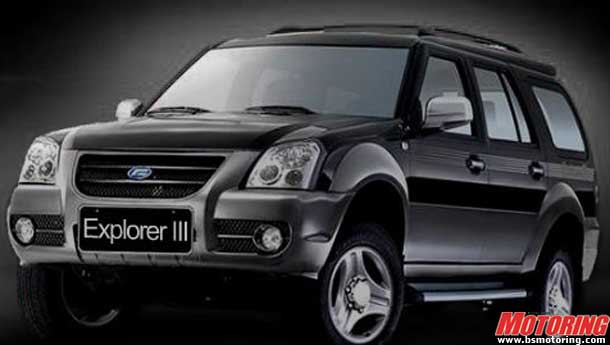 Force Motors may be well known for its Traveller LCVs, three-wheelers and Trax MUVs, but it now wants to be known as a ‘force’ to reckon with in the SUV segment. Come April 2011 and it will launch a new SUV that will slot itself nicely between the Tata Safari and Ford Endeavour. Force Motors plans to introduce a seven-seat SUV in the Rs 12-15 lakh segment and for that it plans to set up a different distribution and service network. The SUV, widely rumoured to be based on the Chinese Guangdong Foday Explorer III (pictured above), will feature a 2.2-litre, Mercedes-Benz-derived common-rail diesel engine that also powers the Mercedes-Benz C-Class.

To produce in the region of 150-170 bhp and about 33-35 kgm of peak torque, the engine will be mated to a five-speed manual transmission and will come in rear-wheel drive format to begin with, followed by a 4WD version some months later. Production of the SUV will take place at the Force Motors plant at Pithampur in Madhya Pradesh that also manufactures the Man Force range of trucks. Over Rs 300 crore has been invested in this project, with the plant having an installed capacity of 12,000 units a year. The company has appointed 24 dealers to market and service this new offering. Force says that another new product can be expected in the passenger vehicle space in 2012.