Pegged among the 10 toughest off-road challenges of the world, the Rainforest Challenge is up for it’s second innings in India. The Indian chapter of this Malaysia originated competition is currently taking place in a rain-soaked Goa, beginning from 24th July. The seven day event will be home to some of the highly bread off-roaders of the country and will test their driving skill in their highly modified off-road vehicles. 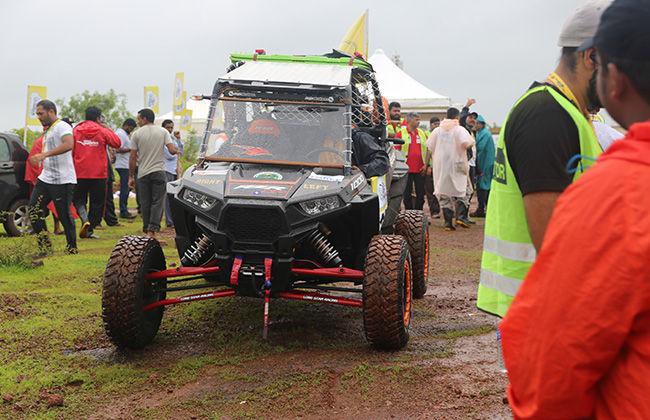 Like the previous year, RFC 2015 is held by Force Gurkha and is also the defending champion of their last year’s victory. They are currently battling to win the event with players from off-road houses like Gerrari Offroaders (Chandigarh), Charminar offroad club, offroaders from Kerela, from Goa, Bangalore, Hyderabad, from Polaris India and so on. 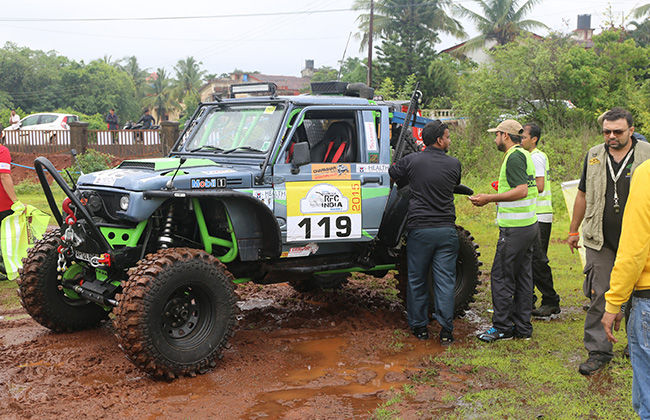 This gruesome event tests the participants in areas like their vehicular handling skills, preserving nature, time, safety and, of course, their presence of mind and teamwork. Apart from this, the event requires high level of mental and physical endurance that the teams are practising for almost a year now. Compared to the last year’s RFC, this time around it is tagged as Bigger, Badder and tougher. So let's find out what are the major challenges to be faced by the participants. 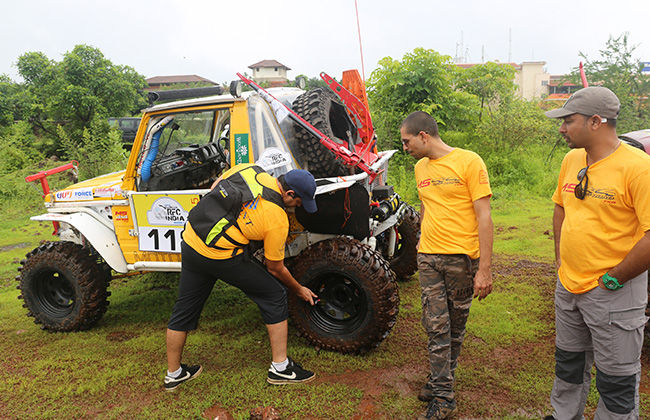 The competition consists of four legs- Prologue, Predator, Terminator and Twilight. All of these are then divided in 24 subcategories named as Special Stages (SS). All the SS are composed of challenging landscape including ruts, gullies, trenches, natural as well as artificial obstacles and impassable streams of water. 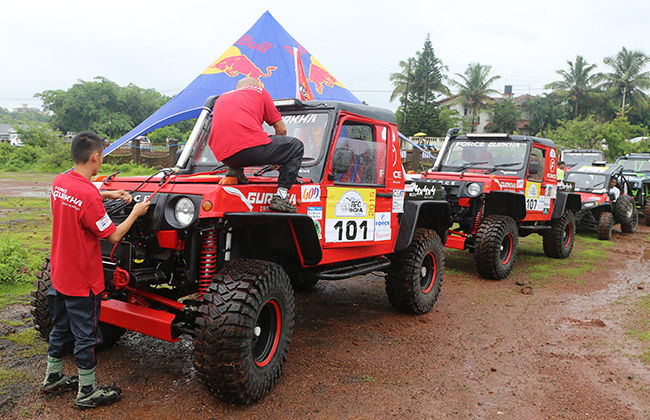 Here is the development so far in the event and we bring you the latest of this action live from the battlefield i.e. Goa. 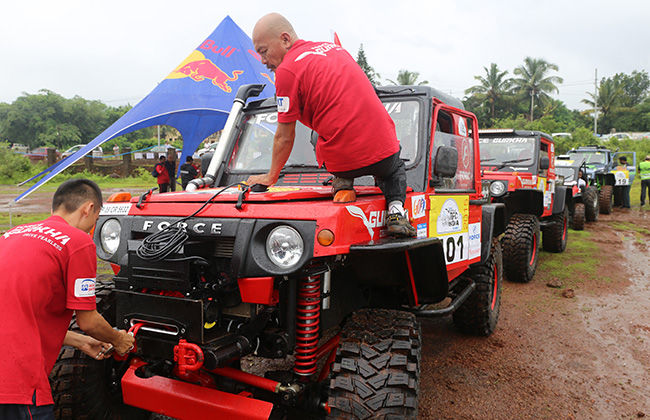 Most of the first-day time was dedicated to the scrutiny of the remaining vehicles followed by the a precise press conference. The driver briefing took place soon after and the day was concluded with the completion of the opening ceremony in the night. 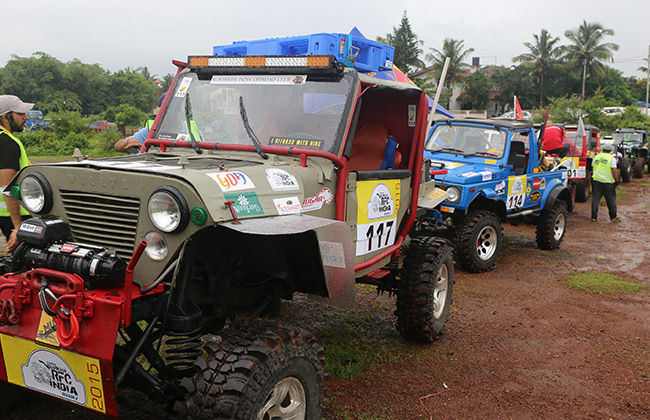 The second day witnessed the first leg of RFC 2015, the Prologue, that included Special Stages 1-6. There were many drivers that had driven in the last season of RFC and were acquainted with the level of difficulty. Along with them were couple of new entrants including the duo of Dr Chaitanya Challa and Manpreet Singh, representing Charminar Off-road Adventure Club. The current addition of RFC is much more challenging than the last year’s event as there is overwhelming level of rain in the state. An obstacle caught Kabir Waraich by surprise when he toppled his Mahindra CJ3B Jeep during a special stage. Kabir finished 3rd last year. 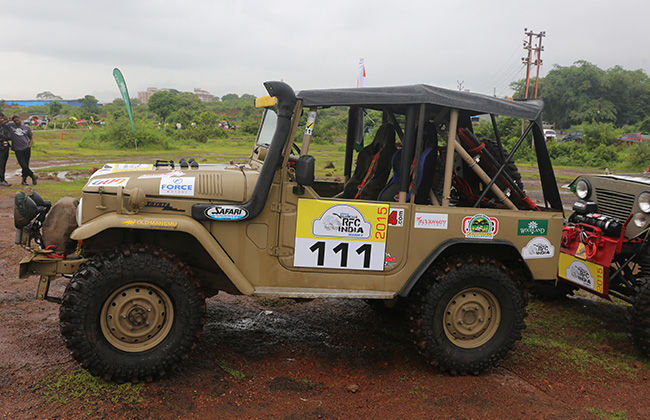 Ashish Gupta, founder and director, cougar motorsport pvt ltd, said, “The competition is intense and the Indian team which went to malaysia last year for the rfc Mother event seems to have picked up all the tricks in the book. However, it is too early for us to come to any conclusions as it is just the first day and we still have a long way to go before the final winner is announced.” 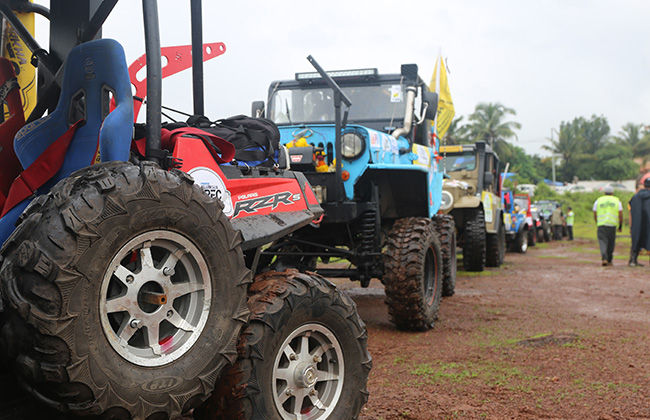 Day 3 was carried forward with the continuation of the remaining part of the Prologue, SS7-12. The day witnessed Jeep no 117 driven by Maninder Singh who got stuck sideways at SS12 and was declared DNF. While, the unique blue truck no. 110, driven by Hydross Niaz, suffered a damaged on front steering axle during stage 8. 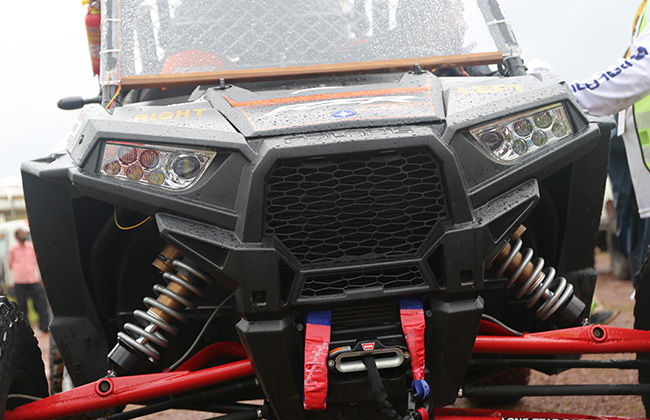 The time allotted to clear the SS8 was 8 minutes, as explained by Randeep Miglani, Marshal of SS8. The benchmark for this stage was set by Tan Eng Joo who was able to finish SS8 in mere 2 min 50 sec. Kabir Waraich looked strong during this stage, but lost his way and was declared DNF. 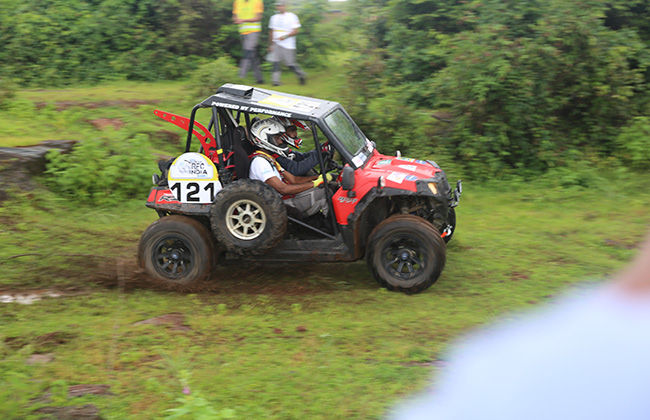 More To Come: Stay Tuned for the latest action from RFC 2015