For GM, Tavera will take the country road 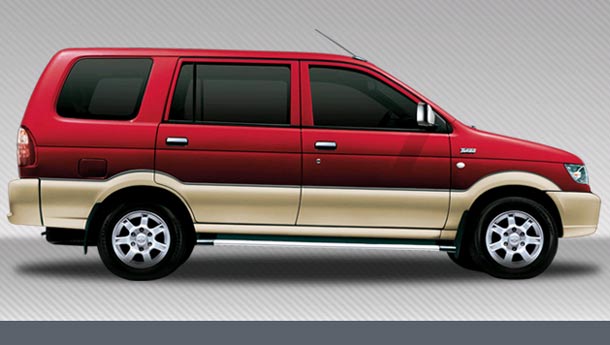 Even as Bharat Stage (BS)-IV emission norms have forced the General Motors (GM) utility vehicle Tavera out of 13 cities in the country, the company says it is struggling hard to meet demand from non-metros, where it currently has a month-long waiting period. GM India is working on launching a BS-IV variant of the car, but is in no hurry.

Starting April 1, only Bharat Stage IV vehicles are allowed to be sold in 13 major cities across the country, according to the Union government’s guidelines on emission norms. However, heavy demand from non-metros has offset the discontinuity in sales in major cities for the utility vehicle.

"We have stopped selling the car in these cities as per guidelines, but do not see hitting a blue patch because of that," said P Balendran, director and vice-president corporate affairs, General Motors India. He added that the company has been rather facing production constraints to meet demand from non-metros. "There has been a reversal of trend of vehicle sales concentrating in metros. Currently, nearly 60 per cent of our net sales comes from the Tier-II cities like Jaipur, Lucknow, Cochin etc," Balendran said.

GM India had sold 1,700 Taveras last month, and while the demand has been steady at 1,700-1,800 per month, the company has been able to produce only 1,500 to 1,600 vehicles at its Halol plant. The Tavera constitutes nearly 10-12 per cent of the company's net sales. While GM India is working on a BS-IV variant of the utility vehicle, the rollout can take some time, according to Balendran. It had launched a face-lift of the Tavera last year that starts at Rs 6.3 lakh.

The Tavera is produced at the company's Halol plant near Vadodara.

GM's Halol plant, which has an installed capacity of 85,000 units in three shifts, has been operating in a single shift. The company recently started a second shift at the facility and now is able to produce around 180 vehicles per day. It plans to add a third shift soon to meet demand. The third shift is also expected to cater to the production of the light commercial vehicle (LCV) that will be produced as part of the company's joint venture in China with Shanghai Automotive Industry Corporation Group.

GM's Halol unit produces all the models available in the market, while the Talegaon plant in Maharashtra makes the Chevrolet Spark.