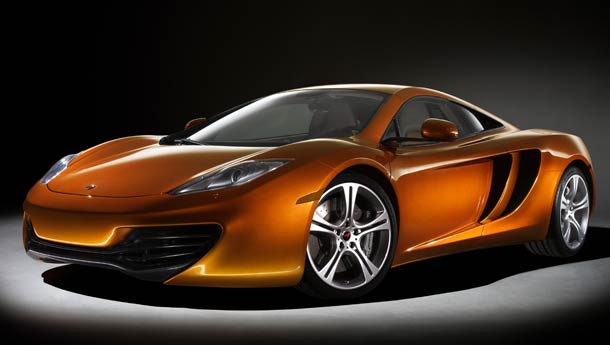 1. McLaren MP4-12C: It has to rank among the most shattering mid-engined "entry level" supercars around. Just look at the specs and the numbers that McLaren claim, and if they are true (and am sure they are), it's going to rattle Ferrari, Lamborghini and Porsche rather badly. The name, McLaren carries a lot of importance, even if they built limited numbers of the McLaren F1 and the rather unloved Mercedes-McLaren SLR. 600 bhp, 61 kgm of peak torque and a 0-100 kph time of under 3.5 seconds look pretty good. But importantly, Ron Dennis has put his entire weight behind the project. That should mean a nice, high quality, sweet handling supercar that can show a lot of established names the address to the local cleaners. Reminds me of the time when, Mansour Ojjeh, Ron Dennis and Gordon Murray waited patiently at an airport terminal, and struck gold discussing plans of the McLaren F1.

2. Frankfurt Motor Show: As I write this, our colleague Kyle is getting his first dose of an important, international motor show. Frankfurt is huge, not only in terms of the actual area, but also in terms of launches. Every important German brand or group has its own pavillion, and there's no dearth of all kinds of things automotive. One hall, in fact is dedicated to just tuners and their wares, while another features classic and vintage cars from several manufacturer museums and private collections. My favourite bit of Frankfurt is the model car stores, right at the end of the press registration counters. One can spend an entire day and run his or her wallet dry gaping, drooling and finally giving in to the pleasures of those wonderfully detailed models. And it's not just ModelArt or Bburago we are talking here: in fact those are barely as well detailed as the ones on sale here. A must visit if you are at IAA this year.

3. Mobile phones: Yes, they do have a relationship here. Apparently, the Mumbai traffic police has put an order into effect from September 1 that gives them the right to stop you in case you are caught using the phone while talking, which isn't news. What does grab headlines here is that your license can be cancelled for life, subject to what the cop involved thinks is the correct thing to do. No doubt mobile phones are hazardous, and texting even more so while driving, but cancelling licenses for life is taking things a bit too far, considering your license stands suspended for six months if you are caught drunk driving. The laws do work in a funny manner in our country, must admit.

4. Chevrolet Cruze: Its launch is imminent and if you read elsewhere on the site, you will find a driving impression on it (also in our upcoming October issue of BS Motoring). I have to admit, it does feel like a grown up Optra that's extremely well appointed. In fact, it really does live up to the Chevrolet badge as a great value for money car - something no Chevrolet has done in India in recent times, apart from the Spark. It's also exposed a major chink in the market - that there are no good diesel saloons in the Rs 10-15 lakh bracket. With its first mover advantage and appeal, it should help GM resurrect its innings in India.

5. Force India: Another strong performance, this time from Adrian Sutil and VJM's team is off to a flyer. Shows if dedication and genuine engineering improvements are done, an F1 team, even at the back end of the grid can climb up to the front, and even the podium.