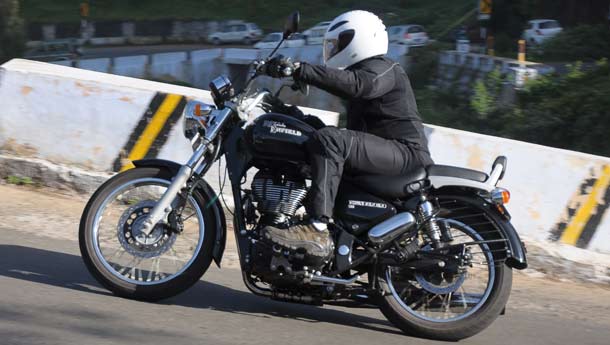 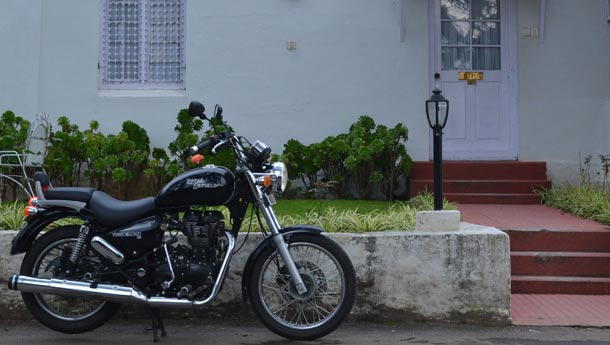 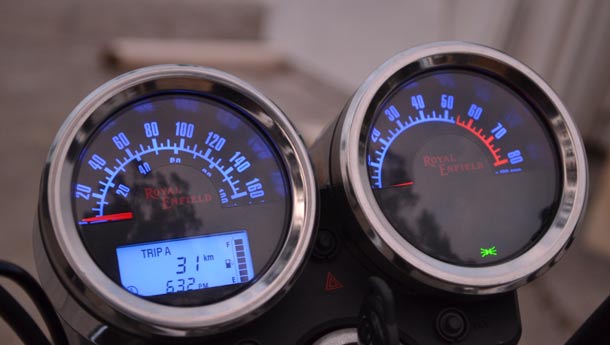 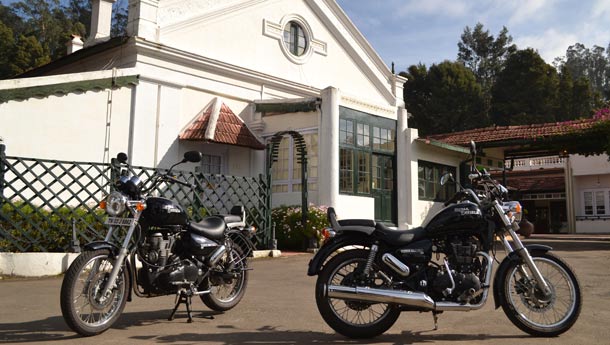 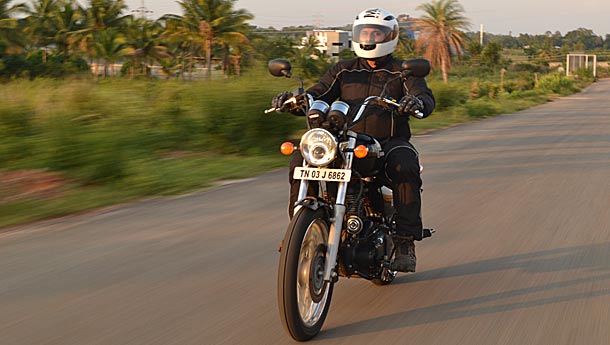 First off, the blokes at RE have worked on the bike inside-out. So, besides the motor and the upgraded equipment list, there are other changes that you can only tell when you’re riding it. This is a significant update for the aging T’Bird and this new Thunderbird gets it right in a lot of areas. The two variants - 350cc and 500cc - both get the Unit Construction Engine (UCE). The fuel-injected 500 puts out a meaty 27.2 bhp@5250 RPM while the carbureted 350 puts out 19.8 bhp@5250 RPM. The cost benefit achieved by doing away with the fuel injection system on the 350 is quite significant.

If you’ve ridden the Classic 500, you kinda know what to expect from the Thunderbird 500. This new T’Bird runs the same state-of-tune as the Classic 500’s motor, the same gearing and the same wheel sizes - a 19-incher at the front and an 18-incher at the back. The real meat is between 2500 to 4000 RPM and in that bracket, the Thunderbird chugs along merrily, eating up highway traffic and white lines at a respectable pace. It can sit all day long at 100-105 kph, with nary a worry, thumping along at 3500 RPM. Push it harder, though, and the vibes start to filter through the bars and the pegs. Blasting down at 110-120 kph is possible too but then, try to take your mind off the vibes, will ya? We’ve only ridden the 500 as of now so keep checking back for a road test of the Thunderbird 350.

Out on the highway, comfort, a traditional forte of the Thunderbird line-up, is improved in a few ways and compromised in other ways. For example, the bars and the peg setup has been repositioned to make it even more cruiser-like and comfortable but what is a bit of a pain in the butt (literally) is the seat. Sure, it’s plush and well-cushioned but because of the split-seat arrangement, the curve at the back of the rider’s seat eventually starts messing with your tailbone after the first two hours (older journos did complain a lot more about it than the younger lot) Though its not as bad as it is for the pillion, who is placed in intimate contact with the rider - like it or not! - and the backrest pokes you right in the tailbone. Not a pleasant experience. It’s a good thing that the passenger seat comes off to make way for your luggage because after the first few rides, that’s all that will be willing to come along with you.

Oh boy, the most enjoyable part of the upgrade - besides the thumping 500cc UCE - is the improved handling. With beefier 41mm forks, a stiffened-up front-end, MRF Zappers front & rear and a shorter wheelbase, it changes direction and runs a set of corners in a way the earlier T’Bird could only dream of. Immediately, you can turn up the pace aided by the 500’s horsepower and the ‘Bird responds well and eggs you on. Maybe you can even give the Classic boys a scare in the twisties. The braking setup, despite the inclusion of a 240mm rear disc, feels a bit wooden. It’ll haul you down eventually but feel and bite could have been better.

The list of kit on the thing is impressive indeed. H7 projector headlights, a LED running light, digital displays, fuel-injection, disc brakes front and back and hazard lights - all that on a Royal Enfield! The ghost of Redditch must be spinning like a turbine in its grave by now. Still, the shift had to happen at some point in time and now that all this stuff is finally here, we have to admit that it does look quite good in real-life. The running light gives the new T’Bird a very distinctive presence on the road. For the touring crowd, RE has now included a detachable seat, sturdy luggage mounting points and a big 20-litre tank. On the 500, you’ll go around 500 kms without a fuel stop and on the 350, you can go 600 kms and more. Impressive.

At Rs 1.82 lakhs, OTR Mumbai, the Thunderbird 500 is the priciest of the Royal Enfield lineup but you do get a capable, fun, characterful, well-equipped, reasonably fast tourer for your money. If you think that price tag is way too much money, there’s the Thunderbird 350 that’ll be yours for Rs 1.43 lakhs OTR and that’s a massive saving right there. Both the bikes are identical save for the fact the 350 lacks fuel-injection. Certainly, the 500 will be the more enjoyable, high-speed cruising option but it will also be thirstier, with less range and you’ll have to cough up almost 40 grand more. With the 350, sure you won’t have the thumping torque of the 500 single but it will be cheaper to run, cheaper to buy, it will go longer on a full tank and will be fantastic bang-for-the-buck. It’s your call, mate.