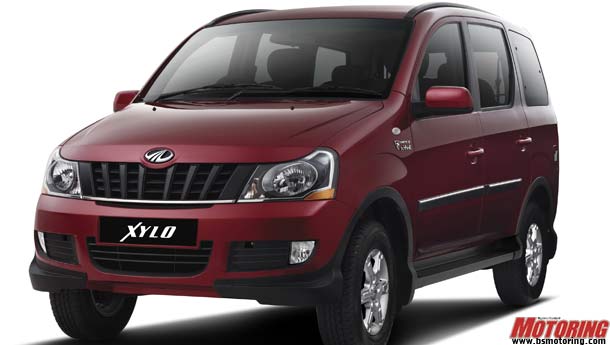 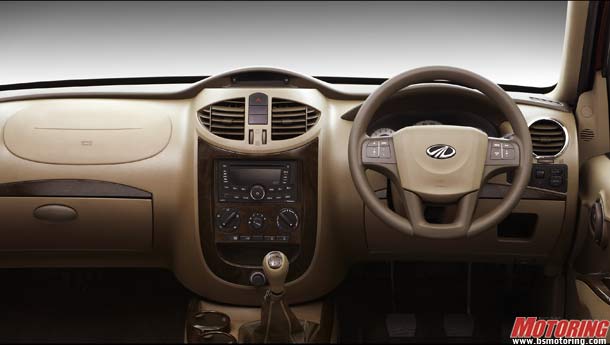 Mahindra’s answer to the Toyota Innova, the Xylo, has met with a degree of success that even M&M probably could never have imagined. Since its launch in January 2009, the Xylo has been moving from strength to strength, racking up sales of 90,000 units in three years. And while the growth story hasn’t shown any signs of decline, the company has used the opportunity to slip in a makeover this time around.

This new model may be the same basic car underneath it all, but looks very different from the outgoing model. The main differences in the exterior have a lot to do with reducing the visual mass of the car. All the black elements of the Xylo like the cladding on the front bumpers, running-boards, pillars and side-cladding take a lot of the heft away from it. It now seems more sleek and sharp.

This Xylo comes with a host of new additions to the line-up. There is a new top-of-the-line variant on offer, called the E9, which takes the Xylo model range upmarket. With leather interiors, steering-mounted controls, voice commands and a few other features, the E9 variant takes the fight straight to the doorstep of the Innova. The 2.2-litre mHawk engine from the Scorpio also makes an appearance here. Not that the Xylo felt underpowered before, but with 120 bhp on tap, it will take off more purposefully now. It even comes with an option of a 95 bhp mDI CRDe engine on the D2 and D4 variants and the mEagle in the E4 and E8 variants.

On the inside, there are a lot of changes too. In the E9 trim level, you get a plush leather interior, steering mounted controls for the music system, cruise control and a new voice command system. This is not exactly a first, the Ford Fiesta now comes with a similar system, but what makes the unit in the Xylo different is that it controls a lot more parameters than the Ford system. While the Fiesta would only let you change air-con settings and audio settings through voice commands, the Xylo extends is further by allowing you to toggle the headlamps, emergency flashers, windscreen wipers too!

The rear suspension has been re-worked to give the rear seat passengers a much better ride. Mahindra has worked towards improving body control, thanks to a new stabiliser bar at the rear.

Mahindra dropped another bomb at the press event for the launch of the new Xylo. The mini Xylo will be out before Diwali, they say. The excise duty friendly sub-4 metre vehicle will come with a 1.5-litre three-cylinder diesel engine. This car could very well turn the hatchback market on its head.