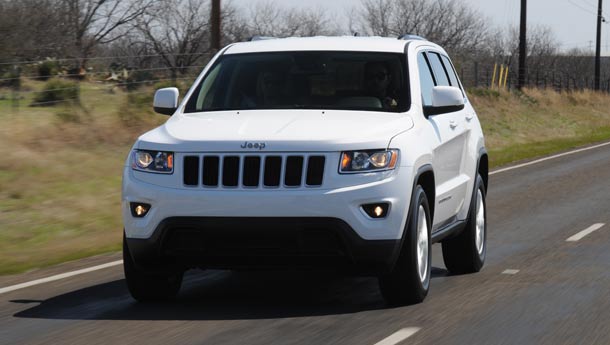 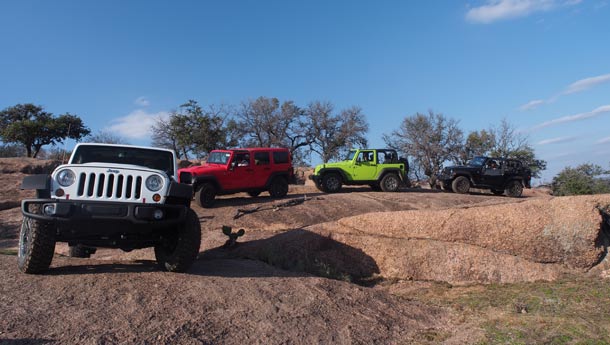 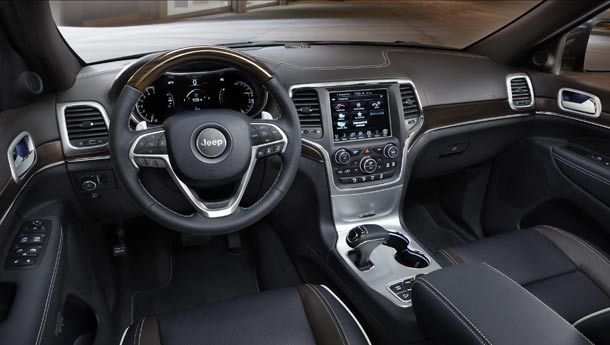 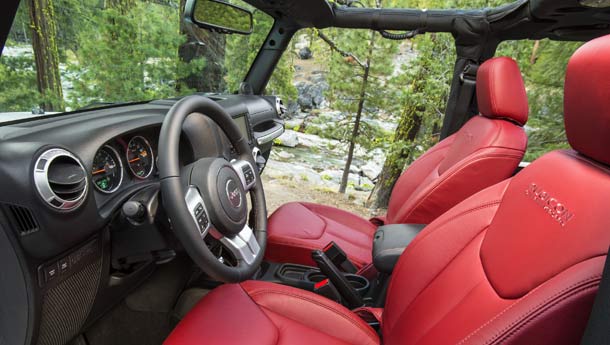 It's always a little disconcerting when you're driving a car and can't see where you're going. When you're attempting to scale a very large rock formation, and all you can see is a vast expanse of clear, blue sky, the pit of the stomach tends to protest. Even though I was at the wheel of a Jeep Wrangler, allegedly the most capable off-road vehicle in the world, the sheer angle of the incline in front of me was, I have to say, pretty daunting. Still, the encouraging words of the chaps from Jeep provided a measure of comfort: "Don't worry, that thing would put a goat to shame. Just be gentle on the gas and go.
"So I did, and even though the acute angle meant that all I could see was the horizon, the thing crawled up the rock as if it was glued to the surface - no fuss, no drama. All I had to do was modulate the throttle, and the Wrangler did the rest.

The Grand Cherokee is the flagship model of the Jeep line-up, and will be the one that will hope to generate the most buzz in this country. The 2013 model has seen a number of changes to its exterior and interior. The famous 7-slat grille remains, but it is shorter in height, and the headlights are much slimmer, with the option of bi-Xenon units as well as adaptive ones on the higher end models. The front fascia has also been raised a bit, along with the fog lights, and the overall stance is more aggressive and sporty.

The rear end sees a new tailgate, LED lighting and larger Jeep badges, along with dual exhaust tips. This is certainly a nice-looking car, and it immediately stands apart from the rest of the premium SUVs from its German and Japanese competition - it has a typical, down-home, all-American nature to it, which is something that a car like the Mahindra XUV500 has managed to capture as well. I can readily see the Grand Cherokee being popular in northern India, where big SUVS that have a lot of road presence really sell in large numbers.

The only engine that will be offered, at least initially, is a new 3-litre, turbocharged, V6 Ecodiesel unit, putting out 240 bhp@3600 rpm and an impressive 58 kgm@2000 rpm. The other engines are V6 and V8 petrols, which are unlikely to make much sense for the Indian market. The diesel is a very refined, smooth unit, with not much clatter coming through at start-up, and excellent levels of noise insulation inside the cabin. Mated to a slightly sluggish ZF 8-speed automatic gearbox, the engine offers a wide range of driving capabilities - it is quite happy at slow speeds, and comes into its own when you're cruising at a steady 120 kmph on the highway, with plenty of overtaking capability on tap.

This is a big and heavy vehicle, with an overall length of 4822 mm and a kerb weight of 2336 kg, but the engine is sprightly enough to negate that to a large extent - and, like the Wrangler, the Grand Cherokee is very capable off-road too. With three different options of 4x4 systems, Quadra-Lift air suspension and five terrain modes, combined with hill ascent and descent control, this is a car that can tackle some seriously bad roads. The cabin accommodates five people in comfort (no 7-seat option), and the ride quality is typically American - on the softer side, with a measure of body roll, but the sort of thing that will go down well with most Indian buyers, because bad roads are quite well isolated from the cabin.

The interior is surprisingly plush, for a hard-core off-roader, with leather seats, funky air-conditioning vents and other controls, a touchscreen entertainment system and so on, but the real fun lies in engaging the 4x4 controls, finding the aforementioned sheer rock-face and climbing it. The Wrangler is astonishing in its ability to climb, crawl or simply blast through all kinds of muddy, sandy, rocky, watery and all sorts of other terrain, with incredible approach and departure angles and superb ground clearance - it is a true off-roader, and is also a very engaging lifestyle vehicle. The downside, of course, is that like most off-roaders, its on-road dynamics are acceptable at best, and for everyday use in city conditions, it will not be the most comfortable option - this is more of an impulse buy than a practical consideration. We will get two models in India - a 3.6-litre petrol engine with a 5-speed manual gearbox and two doors, as well as a 2.8-litre diesel engine mated to a 5-speed automatic, in both two and four-door variants.

Both the Grand Cherokee and the Wrangler are likely to be launched in September or October of this year, to take advantage of the festive season, and expected pricing is in the range of Rs 50 to 60 lakh for the Grand Cherokee and Rs 35 to 40 lakh for the Wrangler, all prices ex-showroom. Importantly, Fiat India will have to up its game as far as its sales and service network is concerned, since its image has taken a beating in this regard, but all things being equal, these two vehicles have the potential to do well in the niche luxury and lifestyle SUV segment. The writer was on a media invite from Fiat India