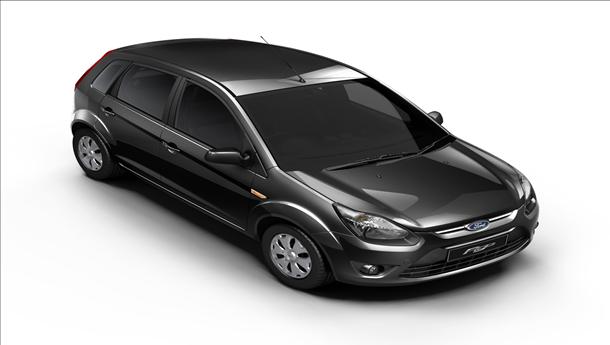 Firstly, congratulations to Ford India on the launch of their first true-blue small car. That it has taken 14 long years to understand the importance of a small car can be forgiven, but if you can just measure the amount of buzz the car has created, not just in India but globally too, it has the makings of a success story even before a single car has rolled off the assembly line.

Sometime early last month, dealers from across the country gathered at a Taj resort at Mahabalipuram on the outskirts of Chennai. This very secretive meeting was to give dealers the first glimpse of Ford's small car and to gauge their response. It seems, the dealers gave it a thumbs up and Ford went ahead, rang up Mr Alan Mullaly and asked him to jet down to New Delhi to bring before the world their small car for India. And it's also going to be exported.

It really has been a decade-and-a-half of struggles for the American manufacturer in India. The Escort that opened the innings for the company was a dud, and when the Ikon came through, it went on to become one of India's largest selling C-segment saloons. The Mondeo that followed would become a rarity on Indian roads and the Fusion was more "con"fusion than anything else. The last two products - the Fiesta saloon and the Endeavour SUV have been good success stories too, but success in the Indian auto space is measured by volumes too, and that is something only a small car can guarantee.

While their other American compatriot, GM India have now had small cars in their portfolio for nearly three years now, they've realised the benefit of having them. Production capacity nearly tripled, sales went up nearly three times and GM India's presence in markets outside metros more than trebled. The Spark might not be a roaring success in the metros, but move beyond it and you find Sparks floating around in most B and C Class towns across India. And I haven't even touched upon their third small car that's coming in December.

Ford, like Toyota in India really couldn't move beyond the 50,000 to 60,000 units a year mark. It's been a struggle to move beyond that figure and into the six digit realm. While Ford will begin deliveries early-2010, Toyota have yet to get their small car action plan up and rolling with definitive time frames in place. And with Toyota the only remaining major car manufacturer without a small car in its portfolio, the pressure on the company will be immense to bring their small car launch forward.

Meanwhile, Ford too won't have it easy. While J.D. Power surveys might indicate an improvement on the part of Ford as far as service quality and cost of spares go, it still has a long way to go to change public perception, which still considers Ford service below par and cost of spares prohibitive. Pricing will be key for Ford, and if it really wants to make a dent on the books of Maruti, Hyundai, Tata Motors and GM, it needs to price the Figo close enough to scare the Hyundai i10 at one end and the diesel versions of the Suzuki Swift and Ritz at the other. Because these, not only represent the best selling models in this class, but also contemporary designs that have really caught the fancy of the buying public.

More than that, they need to learn to be aggressive. Years of selling cars that have a relatively limited appeal has to make way to selling cars that appeal to a much wider audience. Because in a market where the big players are really no pushovers, aggression can make all the difference between a unit sold or staying stuck in the stockyard. That means for a certain Michael, Nigel and crew at Ford India, a lot of hard work ahead. Maybe, reviving the josh campaign once again might not be a bad idea...