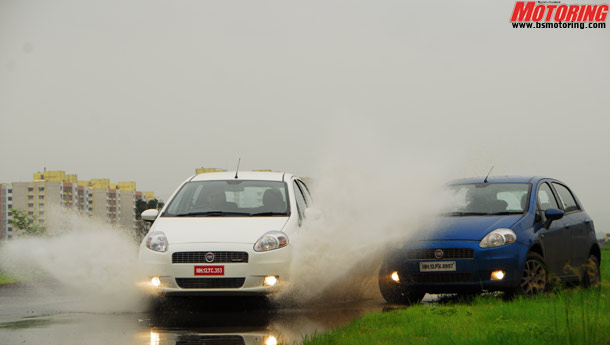 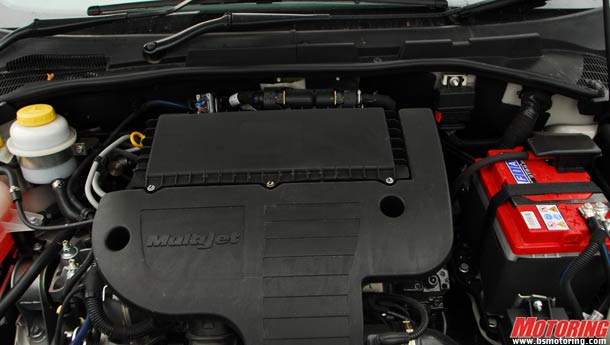 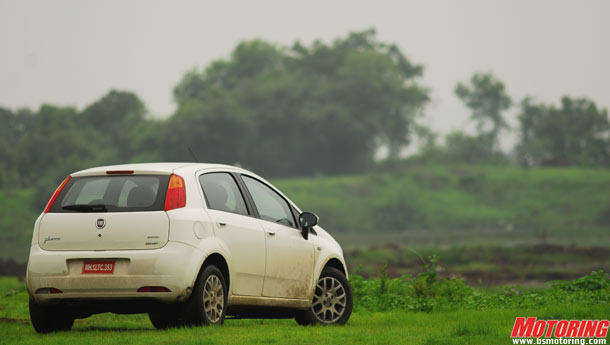 Hands up, all those who think that the Punto is the best-looking hatchback on sale in the country. Ah, excellent — I see a unanimous show of support. All those who feel that the Punto has the best ride quality of any hatchback on sale, put up your hands. Very good — I see another near-walkover; it’s looking good for the people at Fiat. Finally, everyone who thinks the Punto has engines that do justice to the car, kindly put up your hands. (Dead silence). I said, kindly put up your hands. (Crickets chirping.) Er, I take it that the powertrain options aren’t to everyone’s liking. Right — we’ll move on to the next topic, shall we?

Naturally, the above account is fictitious and mildly exaggerated, but it can be stated with certainty that the Punto is what I like to call a ‘might have been’ car. More than any other model, this is the car that should have catapulted Fiat back into the fray in India. On the surface, it has it all — great looks, outstanding ride and handling, much-improved interiors, fit and finish, and competitive pricing. It hasn’t quite worked out that way, though — Fiat sells decent enough numbers of the Punto, but nowhere near what they would like to, I’m sure. I daresay one reason for this is the fact that they offered the car to the public with a range of somewhat underwhelming engines, especially the petrol variants. The 75 bhp diesel engine, with a fixed geometry turbocharger, is the best of the lot, but even that one doesn’t really excite the senses. So, in a move evidently aimed at satisfying the requirements of those who want more oomph for their buck, Fiat has taken the Linea’s 90 bhp, variable geometry turbo engine and slotted it in the Punto’s engine bay. This didn’t require rocket science, since the basic engines, platforms and transmissions are exactly the same. The Punto, though, is about 100 kg lighter, so let’s go out and see how the car now performs.   The first thing you notice when you fire up the 90HP is that it’s a quieter place to be than the 75. There’s less clatter at idle, pointing to a tweaking of the NVH package. It gets off the line briskly enough, feeling slightly more peppy than the 75 in the process, and progress through the gears feels the same — more brisk, but not eye-openingly so. As you clock up higher revs and speeds, the fact that the cabin is a quieter place is reinforced, and there are also less vibrations coming through from the engine. The 90HP, at 20.4 kgm@1,750 rpm, has a 0.4 kgm torque advantage over the 75 — this isn’t much on paper, and frankly it doesn’t translate into a discernible, seat-of-the-pants experience at lower revs. Indeed, if you bury the throttle, you’ll have to wait till about 2,500 rpm, which is when the turbocharger joins the party, for the car to start making rapid progress.

Keep it on the boil and the 90HP starts to make its presence felt, though. It’s in the mid-range and top-end that the engine comes into its own — it propels the Punto to 100 kph in 15.5 seconds, 120 kph in 23.1 seconds and on to an indicated top speed of 183 kph. Over the 75, this gives the 90HP an advantage of 1.5 seconds, a whopping 3.8 seconds and about 10 kph respectively. In the 80-120 kph and 100-140 kph stakes, the 90HP is quicker than the 75 by 5.9 and 7.3 seconds respectively. What does this translate to in the real world? I’ll tell you — the Punto, which with the 75 bhp engine was already a superb highway car, is now an even better vehicle in which to set out on that road trip, or to drive flat-out. As a city car, however, you’re really not going to feel the difference between the two engines, because the in-gear acceleration times are virtually identical. There’s a very marginal drop in the city fuel efficiency figure, and as said earlier the NVH levels have been improved upon, but aside from these, there are no noticeable performance differences in the city.   What you are likely to notice instead is the slightly slicker cabin, with the two-tone, grey seats getting some sporty red stitching. This immediately livens the interiors up and, along with improved fit and finish, you get the impression that you’ve stepped into a better car. Some niggles continue to remain, however. The interior door handles feel flimsy, the gear lever is still too tall and set too far back and the stereo and AC controls have too many buttons. The Blue&Me system recognises very few mobile phones, making the whole exercise a bit pointless. The shift action through the gears is still a little on the sticky side, especially while downshifitng; I really can’t understand why Fiat cannot match the slickness of, say, the Swift diesel’s gearbox.

On the whole, what we have here is a Punto that’s more complete, but not one that offers significant performance benefits in the city. It now backs up its sublime ride and impressive handling with better highway driving ability (and better highway mileage) and slightly classier interiors. Fiat offers the 90HP in the top-end Emotion Pack trim level, while still selling the 75 bhp model alongside. The 90HP will set you back an additional Rs 34,000 over its sibling, but is it worth the money? I would have to say that it is — it’s the car the Punto should have been in the first place. Here’s another line of thought, though — for Rs 28,000, you can plonk a Pete’s Box from Pete’s Performance into the 75 bhp engine, get another 15-20 bhp out of it and still saveabout Rs 5,000 over the 90HP in the bargain. Food for thought, eh?