Fiat may up its Chrysler stake 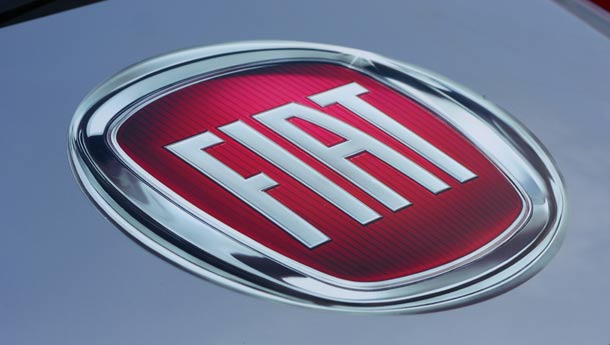 Fiat SpA, the Italian carmaker that owns 20 per cent of Chrysler Group LLC, may boost the holding to more than 50 per cent before an initial public offering (IPO) by the US automaker, the companies’ CEO said.

“I think it is possible, don’t know whether it is likely, but it is possible that we go over the 50 per cent if Chrysler decides to go to the market in 2011,” Sergio Marchionne, 58, told reporters at the Milan stock exchange today. “There will be an advantage if that happens.”


Fiat received the stake as part of Auburn Hills, Michigan-based Chrysler’s 2009 bankruptcy reorganisation. It expects to get an additional 15 per cent this year when Chrysler makes a small engine in the US and meets sales objectives outside of North America. Fiat has an option to increase the holding to 51 per cent, buying an additional 16 per cent, after Chrysler repays US and Canadian government loans.

“It looks cheaper for Fiat to get 51 per cent of Chrysler before the IPO,” said Philippe Houchois, a London-based analyst at UBS AG, who estimates that Fiat could save $1 billion to $2.7 billion if it exercises the option before a Chrysler listing. “It’s a positive scenario for Fiat shares.”

Marchionne said today there was no plan to merge Fiat and Chrysler.

“A legal merger is not going to change our life,” he said. He reiterated that a Chrysler IPO could take place in the second half of this year.

The CEO spoke at the Milan exchange as Fiat Industrial SpA, the truck and tractor company that was spun off from Fiat, began trading. The spinoff, announced on April 21, allows Marchionne to focus on carmaker and foster further alliances.

“This is a very important moment for Fiat, because it represents at the same time a point of arrival and a point of departure,” Marchionne said in front of Fiat executives, bankers and reporters. “Faced with the great transformations in place in the market, we could no longer continue to hold together sectors that had no economic or industrial characteristic in common.”

Fiat Industrial, whose main assets are Iveco and CNH Global NV, opened at 9 euros and traded at 8.89 euros as of 12:39 p.m. Fiat, whose remaining assets include carmaking operations and the Ferrari and Maserati luxury brands, traded at 6.96 euros after opening at 6.90 euros. That implies the two stocks combined were valued at 15.85 euros, or 2.7 per cent more than old Fiat’s closing price on December 30.

“Despite much excitement surrounding Marchionne’s statements about raising Fiat stake in Chrysler to 51 per cent ahead of an IPO in the second half of 2011, we remain skeptical about its ability to address the contractual hurdles detailed in the LLC agreement and achieve this event ahead of an IPO,” Credit Suisse analyst Erich Hauser wrote in a note today.

The price of buying the additional 16 per cent before a Chrysler IPO “is determined on the basis of an Ebitda multiple, which is average multiple of reference automakers, not to exceed the Fiat multiple,” Fiat said on December 1. “In the event that at the time of exercise Chrysler is a listed company, such consideration will be based on a market trading price.”

The reason why Fiat may buy the 51 per cent before a Chrysler IPO is “the benefit from the pre-IPO takeover terms, Houchois said. “The logical consequence of this process is still a merger of Fiat and Chrysler,” he added.

Marchionne said today that Fiat doesn’t need to sell assets to finance the acquisition of additional Chrysler shares. “I have no plan to sell assets but all options are on the table,” he said.

Fiat will go ahead with a plan to reorganise its Mirafiori plant in Turin if the majority of its workers approve the deal signed with unions, the CEO said.

Italy’s largest manufacturer won backing from all but one labour union for a 1 billion-euro ($1.3 billion) plan to revamp Mirafiori in exchange for labour concessions on December 23.