Fiat India finally launches the facelift model of Linea at the starting price of Rs. 6.99 lakh (ex-showroom, Delhi). The sedan is pitched against strong contenders likes Honda City, Hyundai Verna and Volkswagen Vento. As far as upgrades are concerned, the new Linea has received major updates to its interiors, while few tweaks to its exteriors. Whole of the revamp process has come out well, as the sedan now appears more appealing and all-set to show strong competition to its competitors. Lets make a brief comparison between the facelift Linea and Honda City. 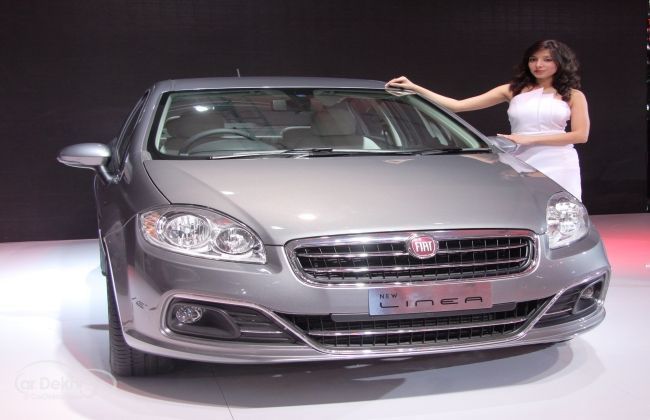 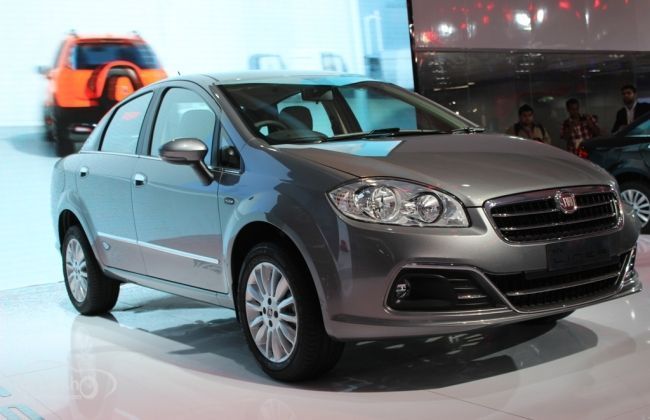 Well to begin with, the design factor could quite subjective when it comes to personal choices. But, this is one important decisive point which could actually affect the decision of buyer at very first moment. As it is said, the first impression has got ever lasting impact on minds of buyers. The facelift Linea has undergone such revamp process, which has ultimately made the sedan appear more attractive and beautiful. The cosmetic changes include new two bar grille, redesgined front bumper, chrome treated ORVMs, new rear bumper and licensing plate has been shifted onto the bootlid.

On the other hand, the new Honda City exhibiting company's very popular Exciting H design philosophy, which is luring many buyers across the country. The stylish City has got everything bound to it, with elegance to sporty appeal that have made the sedan quite popular in just two months of its launch. Moreover, the Honda's Sleek Crossmotion design is prominent enough looking at the front windsheild merging finely to the hood of the car. The aerodynamic design of the sedan showcases sheer brilliance, which has been put behind the styling of the car. 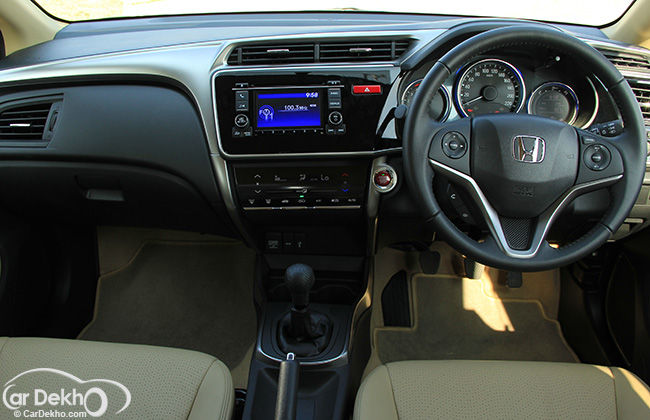 The facelifted Linea hasn't received any change with the powertrain, and carry forwards the same 1.2-litre T-Jet petrol and a 1.3-litre Advanced Multi-Jet diesel engine. The petrol puts up max power of 112.4bhp, while the diesel delivers max power of 91bhp.

This is for the first time that the company has introduced a diesel powertrain with Honda City, which was earlier a shortcome on the City's side. The new City comes with both petrol and diesel- 1.5-litre i-VTEC and 1.5-litre i-DTEC engine. The petrol belts out max power of 117bhp and diesel churns 98bhp of top power.

The top-of-the-line Honda City's variant has got a eight-speaker audio system with a five-inch display screen, four tweeters and CD, aux-in, USB and Bluetooth connectivity, height adjustable driver seat and steering mounted controls. There's also a rear camera with three view options- wide, normal and a top-down view. The blue ascents inside the car simply leaves you mesmerised with the first look inside the car. In the safety feature pack, there are features like ABS, EBD, and dual SRS airbags. Additionally, it has got an electric sunroof, leather upholstery, smart key and pinch guard. Most importantly, the company's 'Man Maximum Machine Minimum' philosophy has built the interiors more spacious than ever.

The Fiat Linea has been evolved a lot for sure, and Fiat has put a lot of efforts to raise its bars on both elegance and premiumness. However, for an enthusiast there's still a lot space to demand for more as far as the performance is concerned. On the other hand, the City has come up as the best City ever. Be it looks, interiors, features, powertrains and fuel efficiency, the City is far more better than its predecessor that also reflects in its sales figures. There is a marginal difference in the prices of both the cars, but as City comes with more refined and powerful powertrains, and better features on board, it will be an obvious choice for us. However, if you are looking for a sedan with tight budget, the Linea is always an ideal choice.