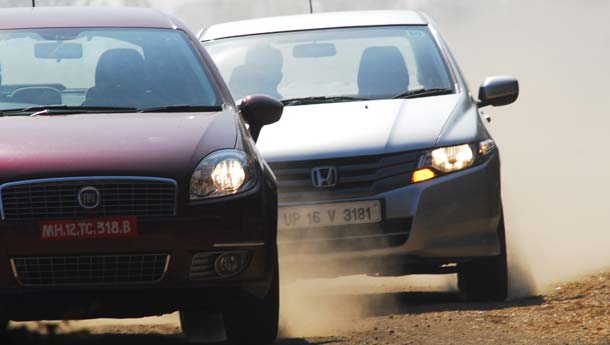 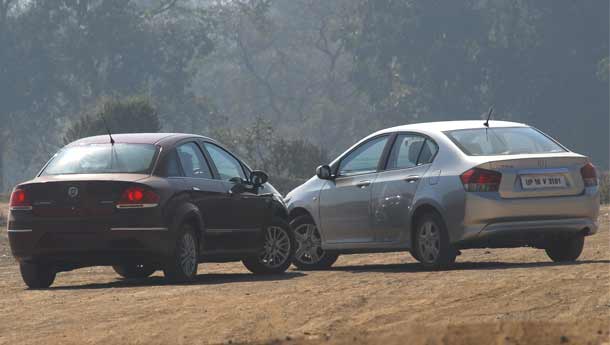 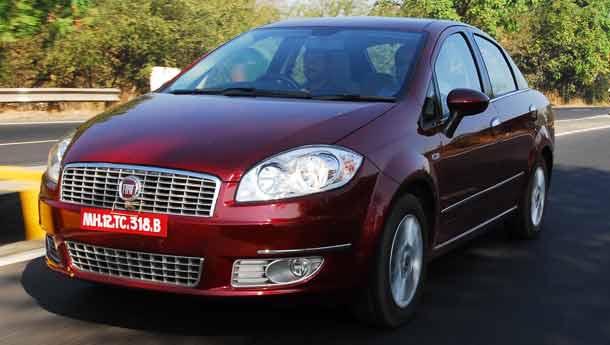 It happened exactly ten minutes into my stint with the Fiat Linea (I know, I checked my watch). The panel that forms the driver foot-rest made a loud ‘clack’ noise and assembled itself into place. A few minutes later, I realised that the plastic panel just below the steering wheel had too wide a gap and I hit it hard with my right hand – again, the part was assembled and looked the way it was supposed to. Then the gear knob started turning inside my hand and it still does, as I write this story. The seat height adjustment lever came with a plastic cladding. You noticed it – ‘came’. Now it is in the door cubbyhole – stored for Fiat to put it in place when the car reaches them.

Incredible, isn’t it? I have never spent so much time completing the manufacturing process of a car... while road testing it. So here goes a request to Fiat even before I start comparing the Linea to the Honda City – please get your act together and live up to the expectation of a nation which is in love with this particular four-letter word starting with ‘F’.

On our way to work one day, a scooter rider stopped us and shook Srini’s hand vigorously. ‘Congratulations! I have been waiting to congratulate the owner of the first Fiat Linea that I saw on the road,’ he said. Unreal stuff? Not really – the affinity for the brand from Turin runs deep in the veins of Indians and has been passed on to the new generation by mothers who had dreaming of spanking new Fiat 1100s/Padminis in their younger days. And in the maroon advertisements flashed across the country, the all new Fiat, the Linea, promises a lot. Much more than what the Uno and later, the Palio, promised. And if Fiat, along with the sales and service support provided by Tata Motors, can deliver what they are promising, they can resurrect themselves in our country. But when cars that are rolling out of the Ranjangaon plant seem shabbily put together, the Italian car enthusiast in me weeps. For heaven’s sake, Fiat India, screw it all together well rather than screw up all over again.

Looks and design
Give it to the Linea. It is the more beautiful looking car here. It has been around for close to two years in other markets and hence has started to look a bit jaded in the eyes of people like me who attended the stunning launch in Istanbul. While the Audi-like grille and front end treatment are contemporary to the core, there are certain design elements like the quarter glass and the rear-view mirror mounted on the door that were part of the design package sported by the last generation Honda City! The broad waistline and a tidy rear-end emphasise the Italian theme as first seen in the Maserati inspired Grande Punto.

The new City features a design that grows on you. To begin with, it looked a bit awkward, especially the rear end treatment. But today, I like to watch the little sedan as it overtakes me or as it comes around a corner facing me. It is crisp and clean all around and looks especially cool in silver and grey. But it is small despite looking sophisticated (and it has more flair that most Hondas from the past) and that is where it loses to the biggish Fiat. Park them next to each other and it is the Fiat that will get the oohs and aahs while the City will have to be satisfied by satisfactory nods. The Italian, predictably, wins.
Fiat Linea: ****
Honda City: ***

Interior and comfort
If lots of space and lots of instrumentation is what you are looking for, then the Fiat Linea delivers big time. There is more elbow and head room in the Fiat compared to the Honda and the rear seat passengers will feel less claustrophobic thanks to the larger greenhouse. The twin-tone treatment of the instrument console enhances the feeling of space inside the Linea and I am in love with the very retro, clock-face dials on offer. The three-spoke steering wheel looks sporty in the traditional sense of the term too. The top-end models get steering controls as well as cellphone access through Microsoft’s Blue and Me system (enough to floor Rohin, but not me). What irks is the quality of fit and finish – it won’t really help matters if bits and pieces fall off six months into the ownership process.

The Honda is perceptibly smaller, yes, but is put together like a wrist-watch rather than a car. The Civic-inspired steering wheel is futuristic and the twin-tone treatment is as well executed as in the Linea. Seats feel better over longer stints in comparison to the Fiat too. What the City loses out on space, it makes up with quality – of materials and build. Fiat retains an edge when it comes to ‘stuff’ on offer – and yes Rohin, there is no Blue and Me
or an equivalent in the City. Heck, it does not even feature a CD player and you are supposed to carry your music on USB sticks or iPods (that meant listening to Phil Collins over a full month, thanks to – you guessed it – our beloved road tester).
Fiat Linea: ****
Honda City: ****   Powertrain and performance
I have driven the Fiat Linea with a 1.4 Turbo powerplant (petrol) and I know that this engine made life interesting in the Linea. The 1368cc FIRE (fully integrated robotised engine) does not evoke emotions the way Italian stallions are supposed to, with its 88.7 bhp and 11.8 kgm torque ratings. In comparison, the 1497cc i-VTEC motor of the City flexes 116.3 bhp and 14.9 kgm of torque. So it is race over, matter closed, and verdict given even before the cars go through our test process.

Just look at the power-to-weight ratios and you get a preview of things – 71.5 bhp per tonne vs 105.7 bhp per tonne. Ready for murder?And cold blooded murder it was. The City was effortlessly quick through the rev range and posted 4.78 seconds to 60 kph while the bulky Fiat took 5.58 seconds. There was a clear two-second lead to 100 kph too, with the City stopping the clock at 10.59 seconds and the Linea taking 13.03 seconds. The Japanese car thrashed the Italian on the quarter mile stakes and during our passing speed tests too, proving that it is safer to attempt overtaking manoeuvres with the City. Adding insult to injury was the top speed run – the City managed to nudge the 183 kph mark while the Linea threw in the towel at 171 kph.

We knew it was not a battle of equals but the convincing authority, superiority and sophistication of the Honda powertrain stunned us too. The Fiat engine can be termed adequate, but who is satisfied with ‘adequate’ these days? While you can live with it in highway driving, city commuting is not its area of strength – again the City walks all over it in this regard. To Fiat’s credit, the test Linea produced an overall fuel consumption figure of 14 kpl over 13 that the City could generate – but hey, we did have some serious fun driving the latter, okay?
Fiat Linea: ***1/2
Honda City: *****

Ride and handling
The City is agile and athletic but the Linea is the more surefooted car. The Fiat is built in the traditional manner and its monocoque and suspension are built to handle more powerful versions than what we have in India. Like the A178 (Palio) platform, the Linea can handle bad roads as if it is its birthright to do so. The Linea can stomp over terrible roads where the City feels extremely fragile. Around bends too, it is the traditional architecture of the Linea that wins – it lacks the kind of power to unsettle dynamics, still. In comparison, the City is more of a commuting tool that can handle highways than one that you use to carve corners in. Though both cars feature struts up front and twist beams at the back, it is the Linea that gets to wear better rubber and that lends to authoritative dynamics that engineers from Turin have dialled into this chassis.
Fiat Linea: ****
Honda City: ***1/2

Verdict
It may have looked like a total walkover for the Honda City at the beginning, but as you might have noticed, the Fiat Linea has scored well when it comes to design and dynamics and matched the City for its interior. It lost out only on the power and performance front then! Now listen to this – there is a whopping difference of Rs 1.3 lakh that separates the Fiat Linea
1.4 Emotion that you see in this picture from the Honda City 1.5S. But do we declare the Fiat the winner? Well, no.

We still think it’s the City that makes the cut when it comes to petrol powered sedans in India. That Rs 1.3 lakh difference is around what the Fiat will lose in depreciation the moment it rolls out of the showroom!

To me, Fiat has made two cardinal mistakes with the petrol Linea – there is no turbo-petrol and the car cannot be bought in solid red (even the Tata Indigo CS comes in Ferrari red!). And to Fiat’s credit, they have priced their car spot on. But here goes my piece of advice – if you really like the Linea, then go in for the diesel variant and enjoy 20 kpl plus mileage that it will offer on highways. Now that is a strength area Honda cannot match in India.

There are no such problems with Honda in India. The cars they build are well put together and the new City is as bullet-proof as cars can get. It is another thing that Hondas are rather pricey cars. The Fiat is a slightly larger car than the City with a price tag that can create new worry lines on the forehead of a few Japanese marketing people. But then, the City has won every comparison test it has entered in the pages of BSM. On with the proceedings then!